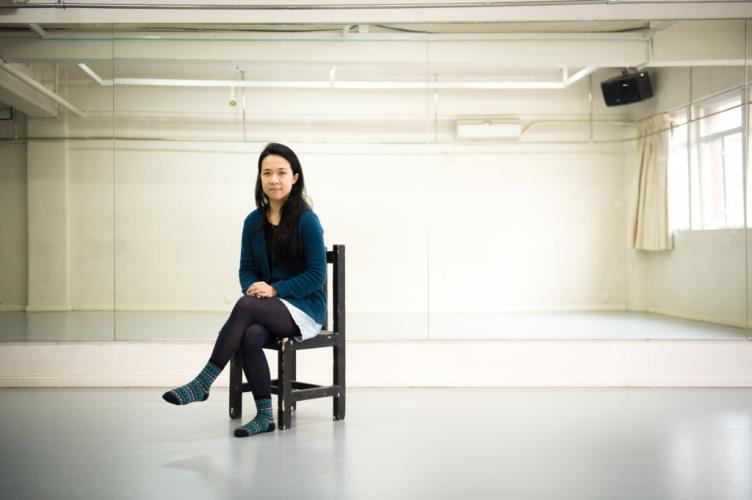 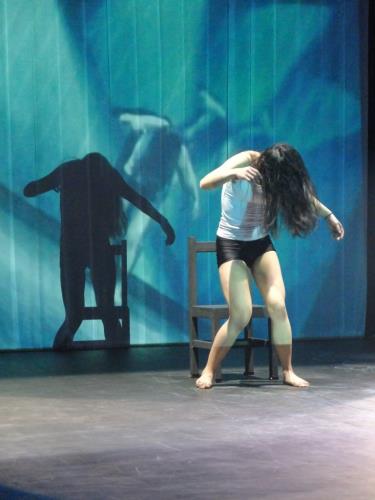 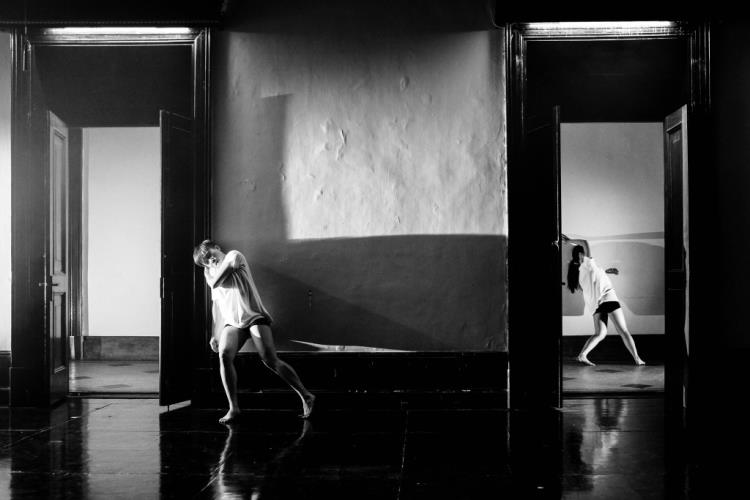 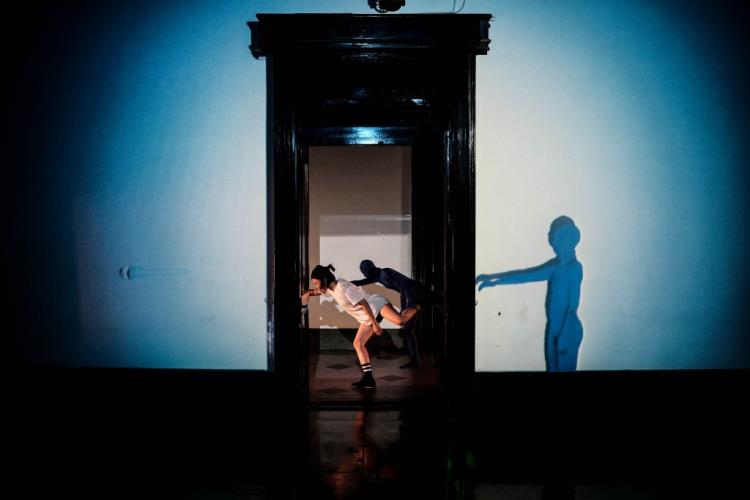 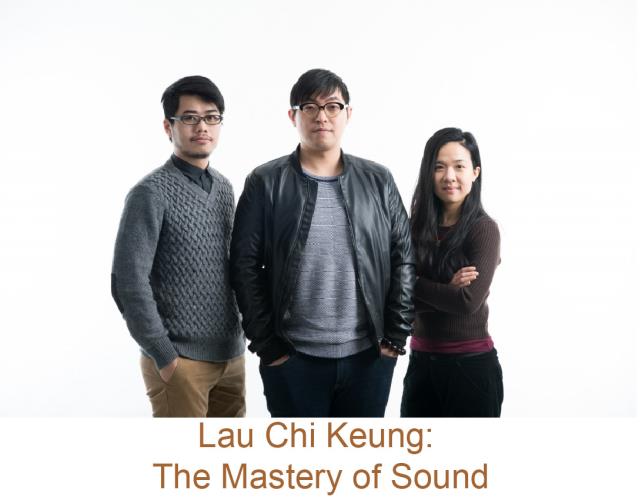 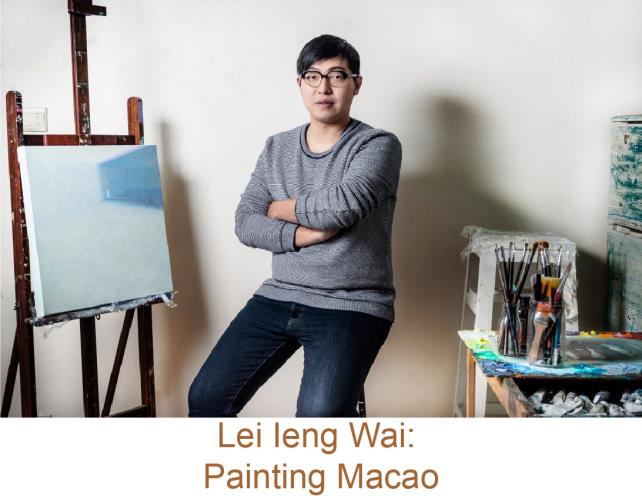 Heading Macao’s theatre group Comuna de Pedra, Mok Sin Ting has won a number of international awards in the Galway Fringe Festival with her physical theatre piece, The Mute Squire. However, despite her international reputation, Mok’s works can only attract a small local audience given the lack of those who appreciate this art form. Seeing the potential for expansion of the market, Mok decided to stay in Macao so that she can make a difference in diversifying the theatre arts in Macao.

Mok was first introduced to the theatre when she finished high school. She was a form five student when she went to see a show by Comuna de Pedra at the Festival Fringe, and was deeply attracted to it. “I remember quite distinctly that the show performed was called Shiyiji. It was performed at the waterfall outside the Cultural Centre. The acting was quite dramatic, even if there was not much of a dialogue. Back then, I did not know much about the theatre, and could not decipher much of it. However, it left a strong impression on me.”

Spurred on by her curiosity, Mok decided to volunteer for this theatre, helping with their backstage work. “I was a naive 17-year-old back then who did not know much about dance and drama. However I made it up by rehearsing more, and I felt wonderful the day I first performed onstage. The journey has helped me to choose drama as my vocation.”

Later, Mok studied English literature at the University of Macau. During her leisure time, she would devote her time to drama. Her craft is therefore informed by her literary studies. After her graduation, Mok directed plays to share her world-views through her work. “I have produced a play called A Moment of Sunshine in Pinkish Orange, which is based on the story of a clown and his relationship with loneliness. Of course, that was an early piece of my work. But it has probably brought me to where I am: a freelance theatre director.”

With time, Mok gained considerable experience in directing and acting, even though she did not undergo extensive formal training. Eventually it prompted her to address this lack in her creative practice. Mok decided to embark on further studies. “At that time, I considered drama schools in different regions, but since most institutions in Asia rely rather heavily on text-based learning, in the end I decided to study in Europe, hoping that it would encourage my creativity.”

Mok went on to study at a leading drama school in Belgium, the International School of Theatre LASSAAD. Given the considerable school fees, Mok applied for the Cultural Affairs Bureau’s Subsidy Programme for Learning Art and Culture, and successfully obtained a funding to fulfil her dream. In 2012, she left for Europe.

Once she began, she realised that the learning environment was very competitive. There was a selection exam three months after enrolment, and those who could not pass this exam would have to leave. Moreover, since classes were taught in French, Mok felt that learning was quite stressful. “I was the only Asian student there, and since my French was quite rusty, it was difficult. In the end, only 26 of us managed to graduate in a class of 40.” Luckily, Mok’s creative work is not language-oriented, and her creativity was soon recognised and appreciated by the lecturers there.

The two years of weekly classes provided rigorous training for Mok, helping her to become more mature in her techniques and thinking. After her graduation, Mok returned to Comuna de Pedra, where she took up the role of director, and committed herself to promoting the art of physical theatre in Macao.

Mok became most excited when we talked about physical theatre, and explained to us the meaning of the piece she recently directed: “Earlier, I directed a play at the theatre called A Perfect Day. In the past, I used to teach drama in special needs schools, and that experience prompted me to think about the life of autistic patients and the meaning of reality. Most autistic patients are unable to differentiate their sensory experiences in the way we do. They are similar to us in their sensory perception. However, we often assume that the world the autistic patients live in are unrealistic. In fact, how far are our perception realistic? Or do we merely take comfort in being the majority? My reflections prompted me to come up with this piece.”

To represent such a concept, Mok’s play began with an opening scene of flickering light, which conjured a spectacle of photographic vision with repetitive motions. This is a metaphor to illustrate what is seen is uncertain. Such a technique is quite uncommonly found in typical narratives.

“The local audience tends to be more rational and look for logical answers in narratives and characterisation. In fact, most artistic works are not conceived this way, yet they have a profound meaning and can generate a lasting impression.” Artistic works are often emotions-led, and with this in mind, Mok is keen to pursue her theatrical creations, and to encourage more people to appreciate physical theatre.