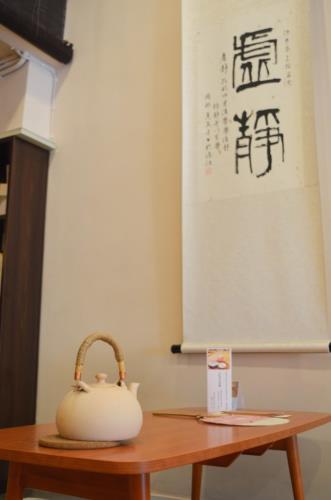 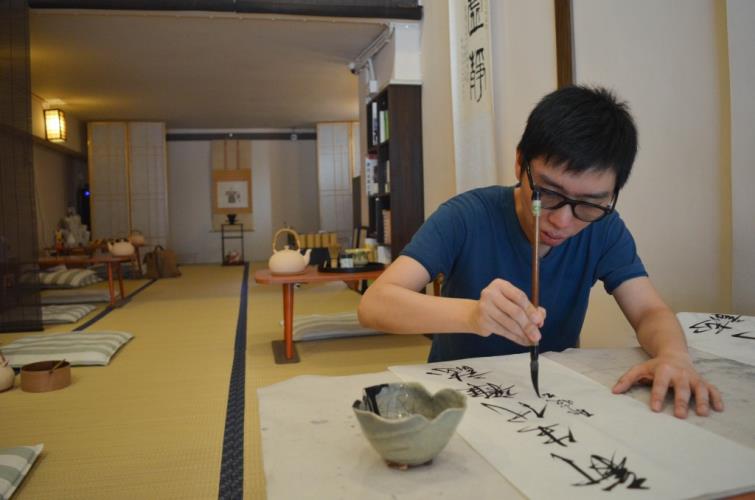 In the last issue, we discussed the marketing strategies employed by the creators of cultural and creative products. It is obvious that the products are meaningful only when they find their buyers. What is the consumer base for such products in Macao? How can we expand the market? In this issue, we will explore from both the views from the sellers and buyers. 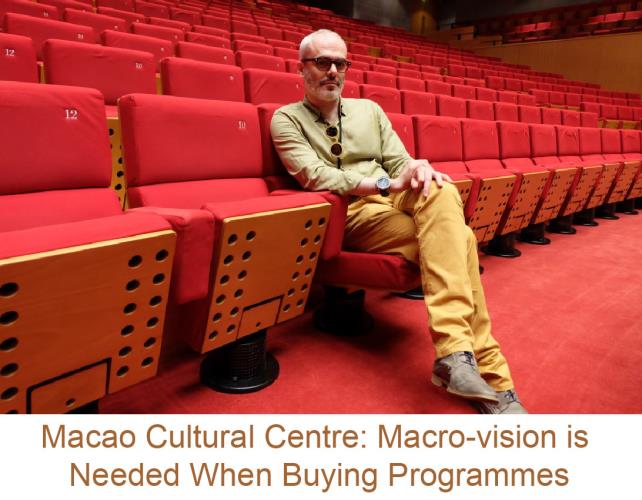 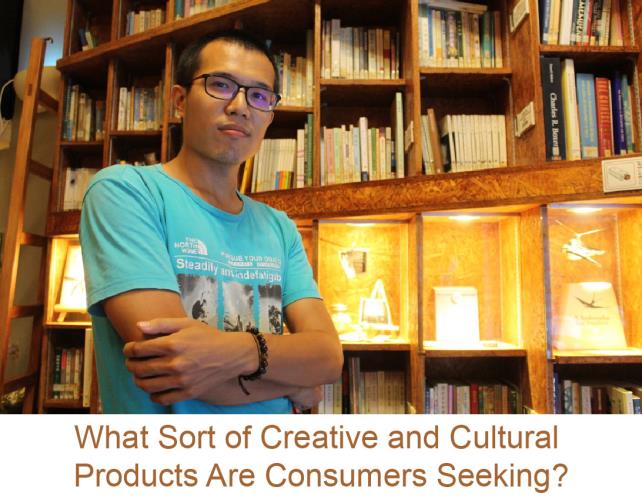 In ancient times, a gentleman must study and practice tea ceremony and calligraphy. They are sometimes considered old-fashioned nowadays, but not for Tealosophy.

Delicate tatami floor, quaint decorations, calligraphy in Shoujin style on the wall and fine teaware, Tealosophy is a teahouse with a sense of tradition and expensive taste, nevertheless, since its opening last year, Tealosophy has increasing reputation and popularity, with constant exposure in social media.

Justin is a tea art specialist, who excels in both the Chinese and Japanese tea cultures. His partner and good friend Elvis started learning calligraphy since childhood, who is good at Shoujin style of the Song Dynasty. Their partnership began a year ago. “It did not mean to be a business at first. We were looking for a place for making tea and practicing calligraphy; then we had the idea to promote the two art forms through commercial means.” Justin said.

The concept of Tealosophy is very simple: making tea and enjoying the calligraphy at the same time. Thus, the texts on the menu and paper cups are written by Elvis; the interior design and food are in oriental style. “The fusion of tea and calligraphy attracts customers from both sides, and also creates a real buzz.” Tealosophy gains its popularity soon after it opened, both quaint tea ceremony and calligraphy find their way to exhibit gracefully.

After a year of the honeymoon period, Tealosophy shows no sign of decrease in popularity, which is unusual in cultural and creative businesses. Tourists from Hong Kong and Taiwan are still eager to visit; tea ceremony and calligraphy classes are in great demand. The small customer base for cultural and creative business in Macao seems not a problem for Tealosophy. “There is no lack of consumers, it is all about having good promotion strategies,” said Justin.

Tealosophy has similar promotion strategies as other retail stores in Macao, such as relying on social media and the word of mouth. It is common for a retail store to focus on the product itself or offering discount in order to boost sales. Justin is not against these practices, but Tealosophy is doing more by involving human touch. “The ultimate goal of marketing is to build up a dialogue with customers. The most popular posts in social media nowadays are short stories about life and articles about travel and leisure. Emotional marketing is what cultural and creative businesses should do.” Therefore, Elvis’ writing and poems about life can always be found in Tealosophy’s social media pages as the shop is promoting culture and selling sentiments. Justin and Elvis’ effort does move their customers and thus explains the long-standing of Tealosophy.

Despite its popularity, Justin admitted that Tealosophy has not much advantage since calligraphy and tea tasting are unapproachable for the general public. In addition, the city is full of dessert and coffee shops, which marginalises the survival of teahouses. Justin and Elvis agreed that it was a bold decision to establish Tealosophy, since they need to change the perception of the public and tell them tea tasting and calligraphy are not so high to reach. They are encouraged to see their work of interest is accepted.

“In fact, I think most people have been exposed to calligraphy and other cultural education when they are in school. Tea ceremony, a leisure activity in the ancient times, is also down to earth. The two art forms become unapproachable because of the time constraints we all face in modern society. Tealosophy is a space for people to regain interest in the culture, which can be calligraphy, tea ceremony or something else. They all await you to explore.” Culture has always been part of our life, and Tealosophy is unfolding it again.