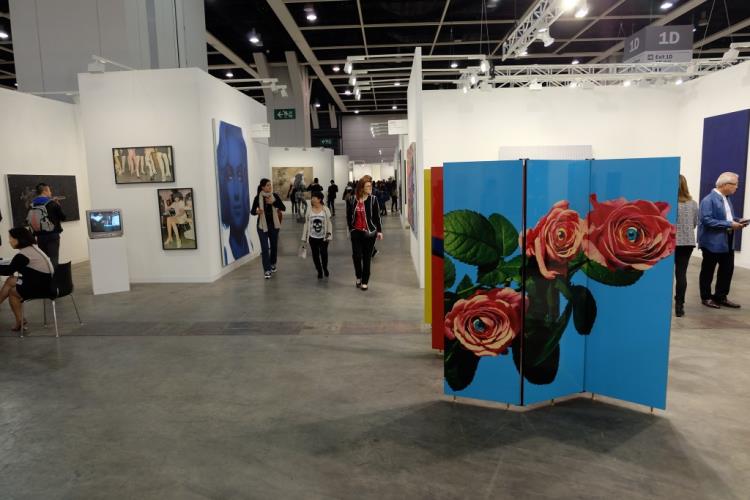 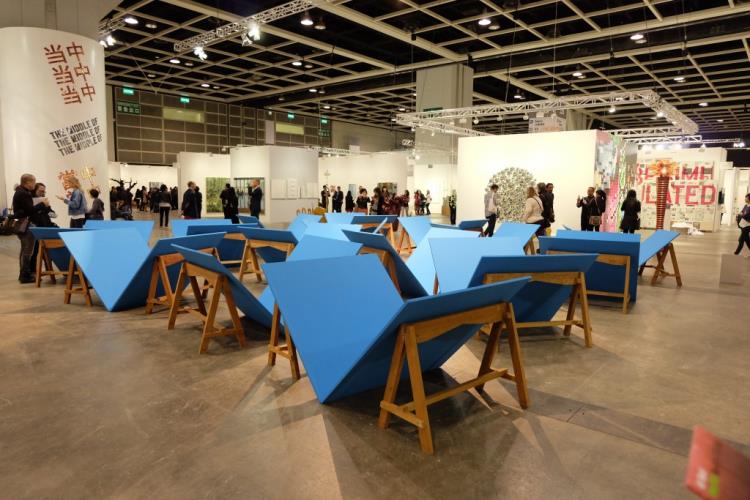 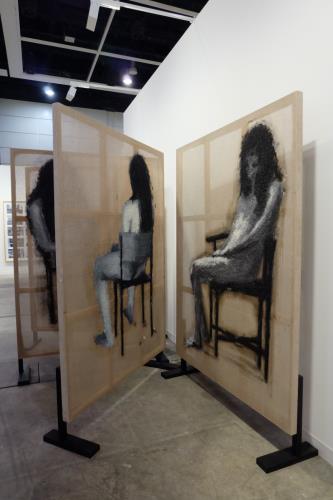 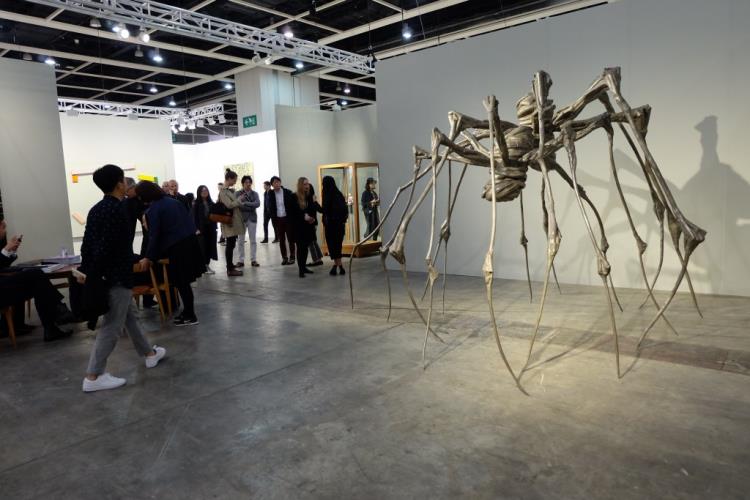 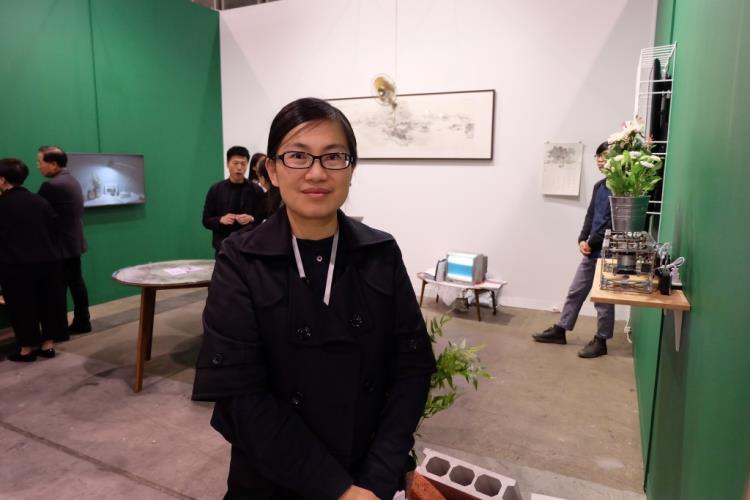 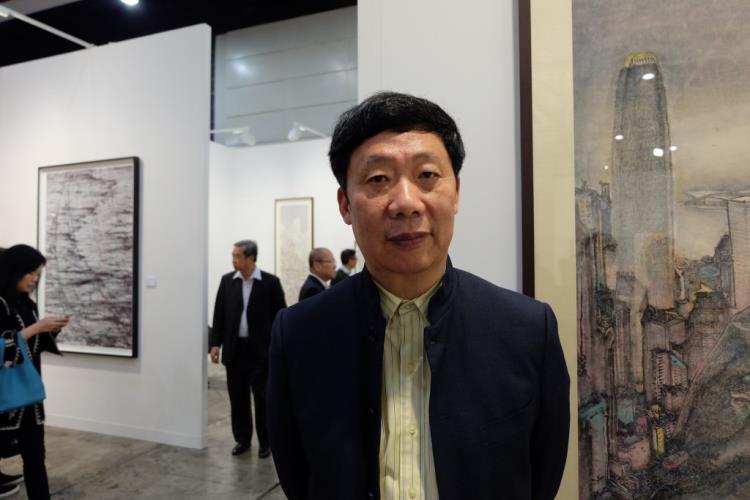 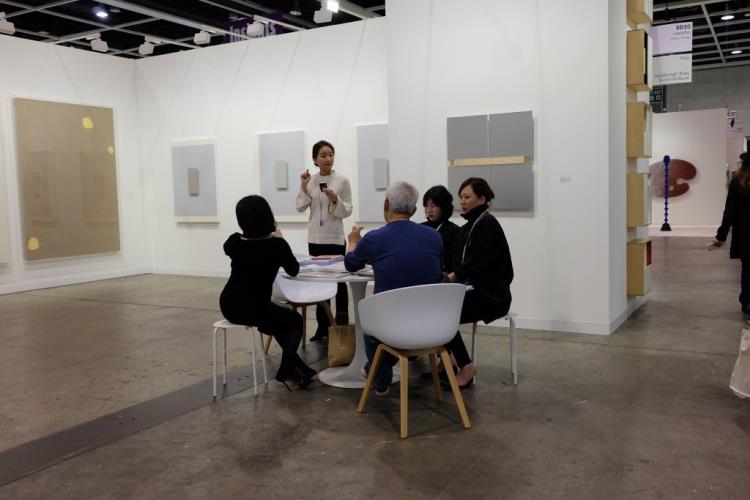 Art Basel: transforming the art scene of a city

Held in March this year, Art Basel Hong Kong has led to a new wave of visual arts activities: Hong Kong Tourism Board has named March the Month of Art, with highlights of over 20 arts events including Art Central Hong Kong, Hong Kong Arts Festival, Asia Contemporary Art Show, etc., attracting collectors and curators from all over the world. Compared with the international vision of Art Basel, Art Central focuses more on Asian art, with 75% of participating galleries from Asia, featuring over 500 artpieces. The joint director of Art Central, Maree Di Pasquale, remarked: “We have always felt that Hong Kong has the potential to become an international arts hub, with the competitiveness of other global arts hubs such as Paris, Miami or New York.”

According to the global art market report from TEFAF, the aggregate sales total of the Chinese art market has fallen by 23% to US$11.8 billion. Despite this, the transactions recorded at this year’s Hong Kong Art Basel was still considerable, with an artwork represented by Cardi Gallery (London and Milan) acquired by a private art collector from Europe at a price of US$10 million. Based in London and New York, David Zwirner Gallery also sold five artpieces by a Belgian artist, Michaël Borremans, at the Art Basel, amounting to US$1.6 million.

Founded in 1970 in Basel in Switzerland, Art Basel features modern and contemporary art. In 2002, Art Basel was also set up in Miami in the US, and made its debut in Hong Kong in 2013.

This year, the Hong Kong Art Basel attracted as many as 239 participating galleries from 35 countries and regions, with 28 art galleries taking part for the first time. Compared with Hong Kong Art Basel’s previous shows, the audience for this year drew a football of over 70,000 persons: a record-breaking figure.

Anthea Fan, director of Hong Kong’s am space gallery – a gallery joining Art Basel for the second year running – pointed out that when Art Basel was first introduced in Hong Kong in 2013, it already succeeded in increasing the exposure of Hong Kong artists, and quickly became a significant trade platform for the Hong Kong as well as Asian art market. However, at that time, Hong Kong’s art was considered lacking in sophistication. In the last few years, having staged more art shows in Hong Kong, the quality of local art has improved considerably, to such an extent that some full-time artists have emerged in the sector. Fan felt that Art Basel has already successfully made an impact on the art scene across the Pearl River Delta. She said: “Everyone is learning about the model of art expos in the West. In these few years, there has been a surge of art shows in Taiwan, Hong Kong and the Mainland, albeit some of these expos are not so self-sustainable.”

Anthea Fan said that Art Basel is significant not only in terms of the volume of market transactions, it is also Hong Kong’s one and only opportunity for Hong Kong artists to interact with the staff from art museums abroad.

“What the artists care about is not just the gross sales from art, but to get themselves invited by leading galleries to take part in exhibitions abroad. After all, this is what really matters: to develop their careers.”

Last year, am space was one of the two Hong Kong-based participating galleries in a particular exhibition zone, but by this year, it is the one and only gallery from Hong Kong featured in this zone. Fan was unsurprised, saying: “The event is heavily business-oriented. After all, the primary motive for staging such a well-recognised art event in Hong Kong is mainly aimed at expanding the art market in Asia. In order to apply for a stall, a gallery would have to submit a proposal and a fee of US$1,000. Despite this hefty price tag, many art galleries compete for a chance to be featured in this art show. Hence, the fact that it took place in Hong Kong doesn’t mean that the organiser would allocate more places for Hong Kong galleries.”

Xu Jianguo is an American Chinese artist taking part in Art Basel for the first time. Having researched on Western art in the US for 30 years, Xu has exhibited in New York, Shanghai and Beijing. He thought that Art Basel is not very different from similar art shows abroad in terms of its operation. What is different is mainly the philosophy and attitudes of artists in different countries.

Xu further pointed out that the aesthetic judgment and understanding have gradually increased among Asians in recent years. “Nowadays, the quality of collectors on the Mainland has also increased, although the majority of collectors are still geared towards profitability. Art collectors with a genuine sense of independent thinking are of the minority. With more opportunities for those on the Mainland to study abroad and their improved economic outlooks, they will begin to appreciate art as part of life, and cultivate their taste for art.”