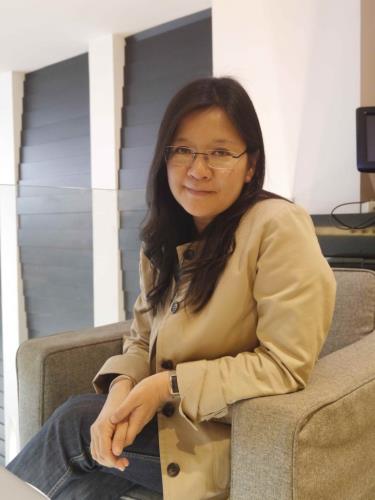 Dividing her time between Hong Kong and Macao, arts practitioner Flora Cheung has previously worked in venue management at the Macao Cultural Centre and the Leisure and Cultural Services Department in Hong Kong, and has witnessed the recent development of arts festivals in both Macao and Hong Kong. At present, both festivals have established a considerable reputation in the communities. In fact, some art-lovers from Hong Kong would travel to Macao to enjoy the arts festival there, and vice versa. Cheung counts herself as one of them. With her engagement in creative arts, what are her views towards the two festivals and their mutual impact?

A staunch supporter and regular audience for both festivals, Cheung makes it her habit to go and see at least several shows at both Macao’s and Hong Kong’s arts festivals each year. As Cheung remarked, there has been an increase in audience from Hong Kong at Macao Arts Festival in the last few years, who are attracted to the large-scale shows being staged at the festival there. Moreover, the tickets to these shows are sold at affordable prices, making the programmes highly appealing. “Take the example of Cats in 2007. In Macao Arts Festival, the highest-priced tickets for the show cost MOP480, while the cheapest balcony seats in Hong Kong for such a show would amount to over HK$300 each.” While Cats was not actually featured in the arts festival that year, Cheung hoped to illustrate the success of Macao Arts Festival to lure an audience beyond Macao with its competitive-priced tickets. “What’s more, the merit of travel packages such as those initially pioneered by The Venetian Macao, complete with discounted ferry tickets and hotel accommodation, makes it easier to attract an overseas audience.”

Cheung considered that, other than ticketing, another difference that differentiates the two festivals lies in the administrative structure. Being an official arts festival organised by Macao’s Cultural Affairs Bureau, Macao Arts Festival is funded by the government, whereas Hong Kong Arts Festival is run by a committee, and Hong Kong Government offers part of the funding while the rest of its funding comes from Hong Kong Jockey Club and other commercial partners. The latter festival operates on a self-sustained basis and hence relies considerably on the ticketing sales. “Basically, government support and private sector funding account for around 30% respectively, while the remaining 40% comes from ticket sales.”

Cheung observed that, in the Hong Kong Arts Festival, the same show may be funded by different sponsors on different dates, which highlights its commercially-driven modus operandi that caters well to Hong Kong’s market. It also has to do with the positioning of the Hong Kong Arts Festival. “After all, the target audience of that festival tends to be more middle-class. Some sponsors are keen to invite their own clients to watch the shows they have sponsored, they would even host their own cocktail receptions before the showtime.”

For Cheung, Macao Arts Festival is still in the process of finding its own direction. “In Hong Kong, since the festival relies on ticket sales, the programmes are very audience-oriented. On the other hand, in Macao, the key mission of the arts festival is to promote local arts development. Hence one is faced not just with the issue of audience, but the long-term development of local drama groups, for example, and the challenge of promoting local arts internationally.” In recent years, with the growing number of performances, many local art groups are busy with rehearsals for their own shows even during the festival, and have hardly the time to enjoy or appreciate shows staged by others. Chung believed that it is less than ideal for art practitioners to overlook the works of their peers.

One other important aspect that distinguishes the two arts festivals lies in the resource spending. “In Hong Kong, the operation of the arts festival can be difficult or challenging. Even though it receives some government funding, the festival involves many art groups and hence faces considerable competition. On the other hand, it is encouraging to see the substantial government support for Macao Arts Festival, which gives the latter more leverage.” At the same time, she pointed out that an increasingly discerning audience in Macao meant higher expectations. “Be it a performance staged by a local or an overseas group, it is no small achievement to deliver three show runs in the Cultural Centre. This is mainly a result of the smaller market in Macao. In this context, the relevant parties need to have a good grasp of the audience size in Macao, in order to come up with the right strategies and to further expand the market.”