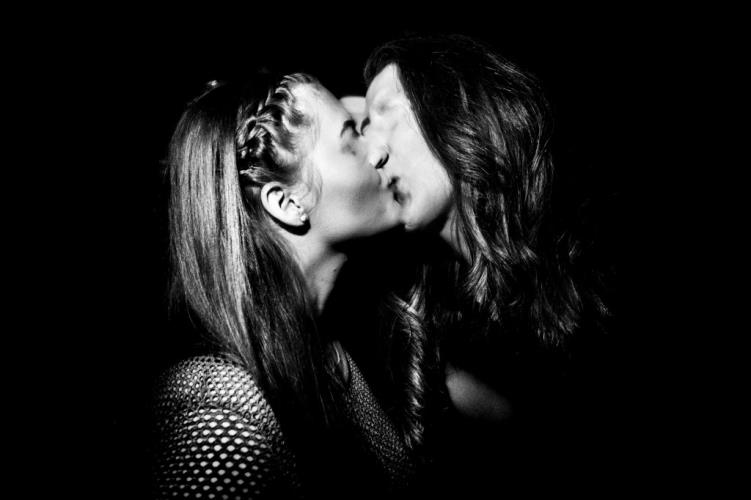 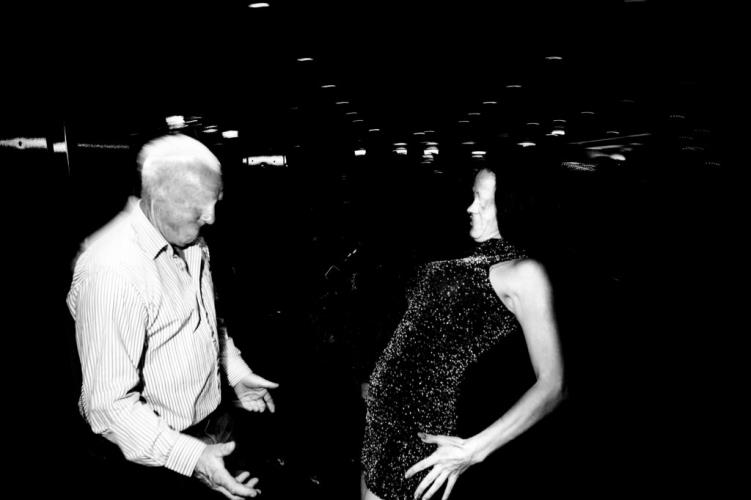 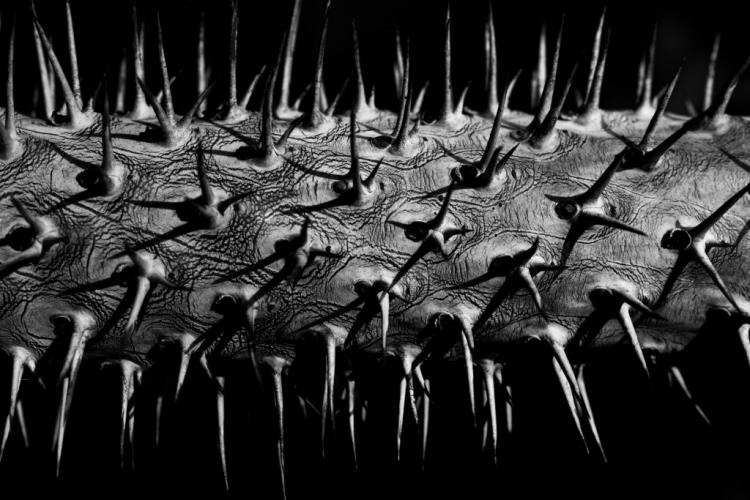 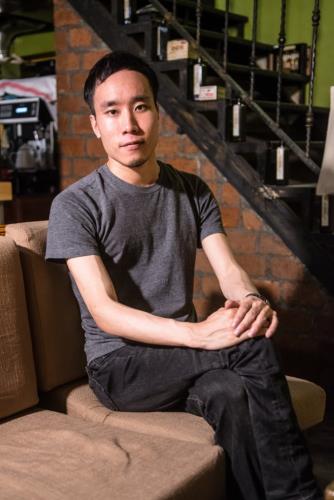 In June this year, Wang Lap Wong decided to leave England for Macao, after living there for 11 years. He brought along with him a treasure trove: his explorations of the world through photography. As a professional photographer, he was known for his deep contemplation of the relationship between objects. For him, photography is an art medium full of subtleties and intricacies, and he is eager to share his art with the audience in Macao.

Inside the café, there was a photograph on the wall. The left side of the photograph features a skeletal specimen of a piglet, while on the right are three overlapping models of pigs. What kind of messages can you glean from such a picture? “The two items are not necessarily linked with each other, but when they are placed side by side like this, a new connection is formed.” Wong is fascinated with the intricate relationships between objects, and he enjoys experimenting with different objects as well as different combinations of objects and scenes. Using animal specimens for his target image he has transformed the way they are presented via montage techniques.

The photo mentioned comes from Wong’s photographic series, “Form of Animals”. In the last six years, he has grown his collection of specimen images through various trips to museums and laboratories, with the relevant permits for photography shoots. Some of these exhibits have over a hundred years of history, despite their startlingly lifelike qualities. “These specimens are all living creatures before, but now they have changed to non-living objects. How strange is that,” he said “that all lives have to adhere to the natural laws, in which everything starts from zero and eventually returns to ground zero again. Ever since mankind has invented the use of specimens, life can be kept in a physical form even though the soul is lost.” Inspired by such truth, he takes on photography to explore these questions of life.

Based on his photography series, Wong has come up with “Form of Greens” and “Faceless Lambs” series, using the camera lens to showcase things that are somewhat forgotten in the urban landscape, from plants to the faceless figures in the city. He said: “Photography is not a way of getting the answers. It is rather a channel for asking questions.” He believes that each person will have his or her own thoughts, particularly when it comes to the issues of life and death. Therefore, he refrains from explain what his photos are “about”, leaving more room for people to imagine and explore. When he was a student, he once did a presentation on a Japanese photographer, Hirsohi Sugimoto, discussing the spirituality that informs the photographer’s work, but the lecturer for the class happens to be a socialist. “He does not believe in ghosts, and so he felt that I had misinterpreted the photographer.” In the end, his thesis failed to pass.

In the first four years of his education in England, Wong majored in hotel studies. When he entered university, one of the classes he took was on the use of camera. From then on, he fell in love with the art medium, and could be seen carrying a film camera everywhere he went. After some careful consideration, he decided to give up his studies, putting together a portfolio from his amateur photos, and was eventually accepted as a photography student. After obtaining a first degree, he went on to complete a Master’s degree in photography. “To be honest, the classes in university rarely taught us how to use the camera,” he said teasingly. “Most of the time was spent on writing a dissertation about photography.” However, he enjoyed every minute of it.

“For commercial photography, however, a degree is not a must, as it does not necessarily give you a competitive edge. It is rather hard to apply the theories anyway,” he said. After graduation, Wong took up a job in a photography production house, specialising in quality control. “My work was mainly on photo post-production, checking whether the photos have signs of scratches or problems with colour. It’s a job that doesn’t require much qualification: anyone with some on-the-job training can do that easily,” he said. For him, his passion lies in the creative practice of photography rather than commercial photography. He confessed that, when he first took up the job, he had to adjust his expectations. Nevertheless, his life in England has made him more practical as a person. “There is a lot of competition in the artistic scene, and I know that a Master’s degree is only an admission ticket, not a guarantee of success.”

Wong considers his work as documentary photography. However, since documentary photography chronicles the social reality, it does not fully describe his work. “I hope to help redefine documentary photography itself. By adopting a more indirect, abstract style, I want to convey my messages through the images I create.” In this way, he articulates how his photographic images interact with the real world. In face of changing lifestyles, changing media expressions, as well as changing expectations towards photography and its applications, photography must also evolve and adapt. “Many people in Macao think that photography should be related to current affairs, but it is also a form of art.”

As a result of Brexit and the economic downturn, budgets for photography exhibitions and various types of activities are downsized, so Wong decided to return to Macao for more opportunities. He set up a society called “Dialect” with his friends last year, in order to promote more international exchanges for Macao-based photographers. In a year’s time, he has organised various seminars, exhibitions, as well as produced publications and wrote online reviews.

Wong pointed out that there is a lack of original photographic work in Macao. To address this, he aims to bring to the Macao audience a more diverse range of non-mainstream photographic works from other parts of the world. “The audience here may not be so receptive to these new works but I will do what I can to select some more intriguing materials, in terms of photography techniques and perspectives.” Later this year, he will invite a British photographer whose work investigates tunnels to exhibit in Macao. “My competitive advantage lies in my connections with people in the field.” At the same time, he plans to travel to places like Taiwan with his group to promote Macao’s photography abroad, and to seek new international partnerships. “We want to take up work that hasn’t been done by others yet.”

Looking ahead, Wong has plans to continue his own creative work as well as to encourage more international exchanges on photography. “I hope that photography will continue to blossom in the city.”