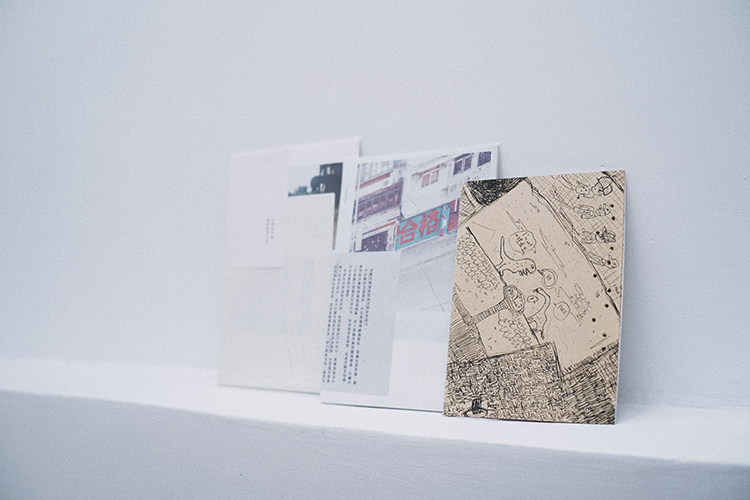 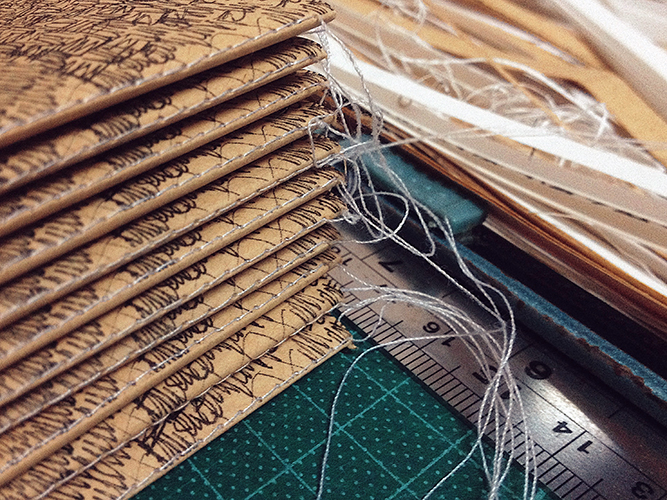 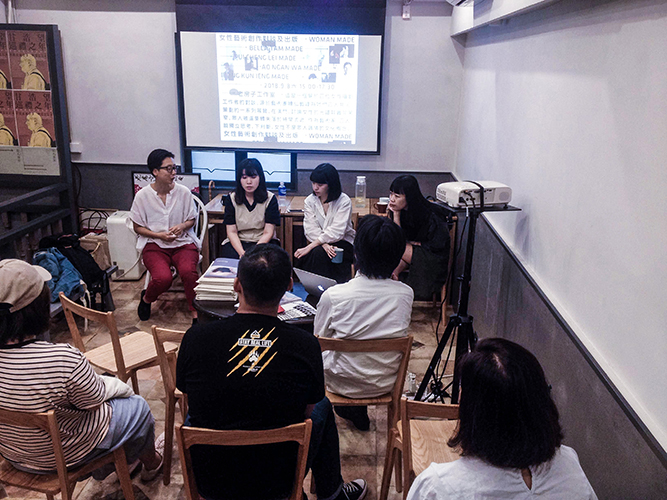 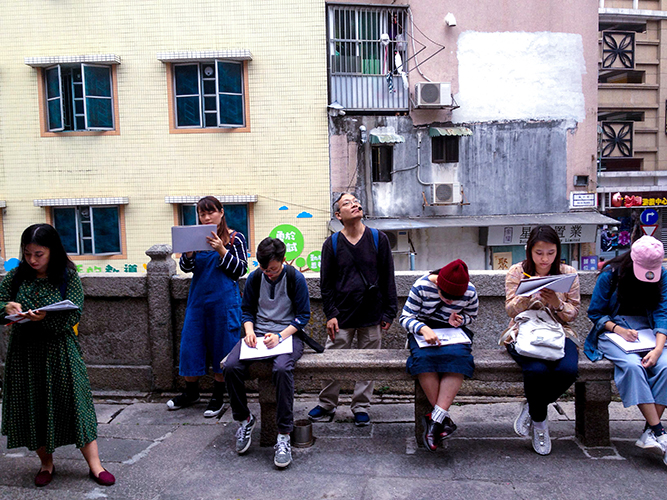 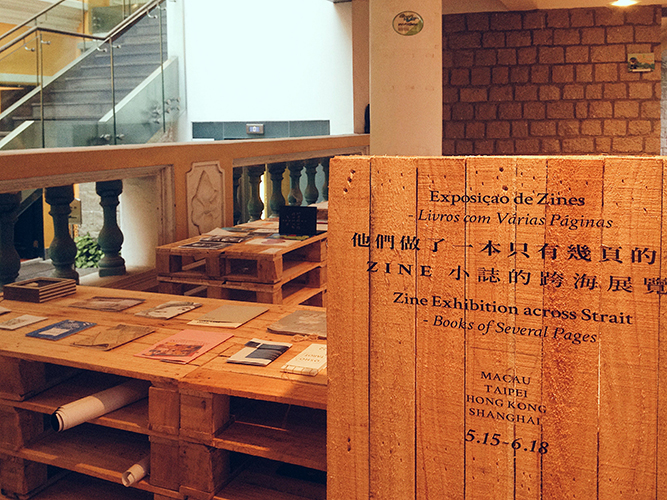 In 2017, Cheang organised the “Zine Exhibition Across Strait” to showcase the creation of independent publications.  Photo courtesy of interviewee

In 2017, Cheang organised the “Zine Exhibition Across Strait” to showcase the creation of independent publications.  Photo courtesy of interviewee

While the publishing industry is gradually going digital, zine, a type of independent publication that embraces creative freedom in content and form, on the other hand, is entering the physical publishing market. Zine doesn’t have a massive publishing volume and production output. But its unique publication design has attracted a number of hipsterish readers. As an experimental product that aims to revolutionise the traditional publishing industry, zine breaks the limits on publishing and shifts the focus back to the messages that content creators want to convey, standing out as a supporter of free artistic and creative expression. In this issue, we have invited founders of Something Moon Design, Pon Ding bookstore and Fong Fo monthly zine to share their stories on creating their zine publication and the publishing process, as well as their product’s market performance and future development plans. 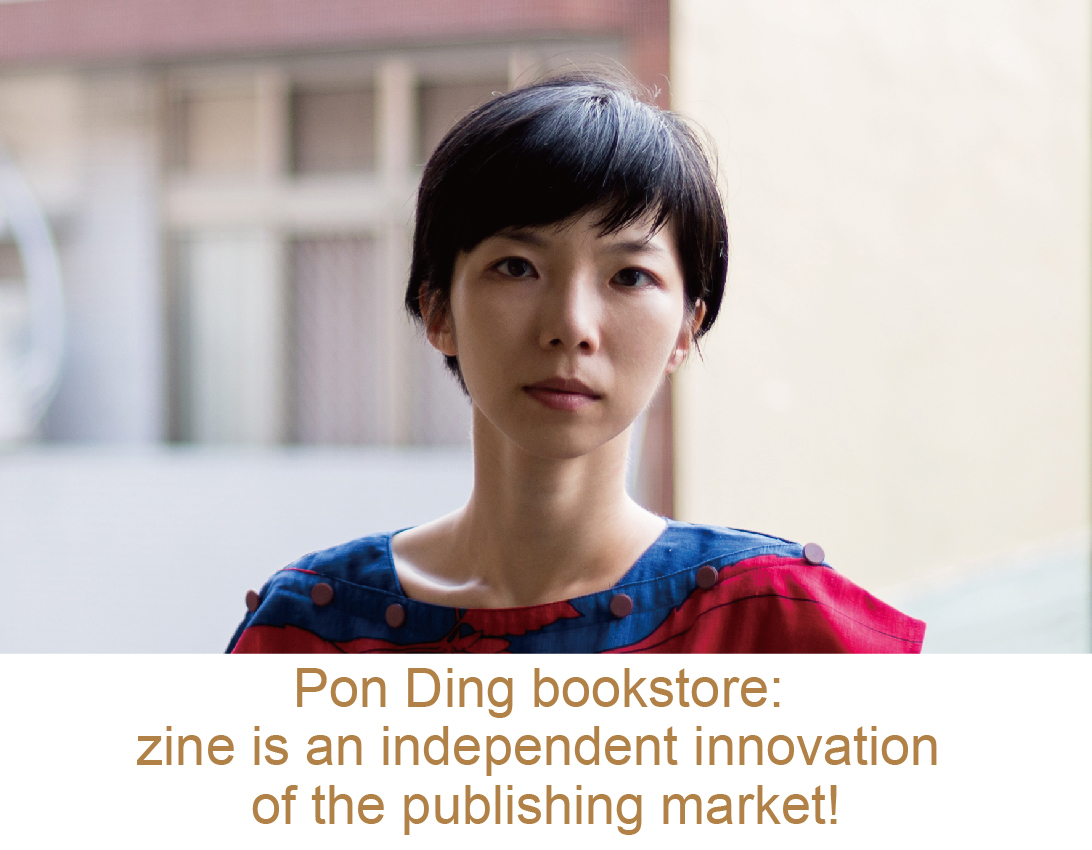 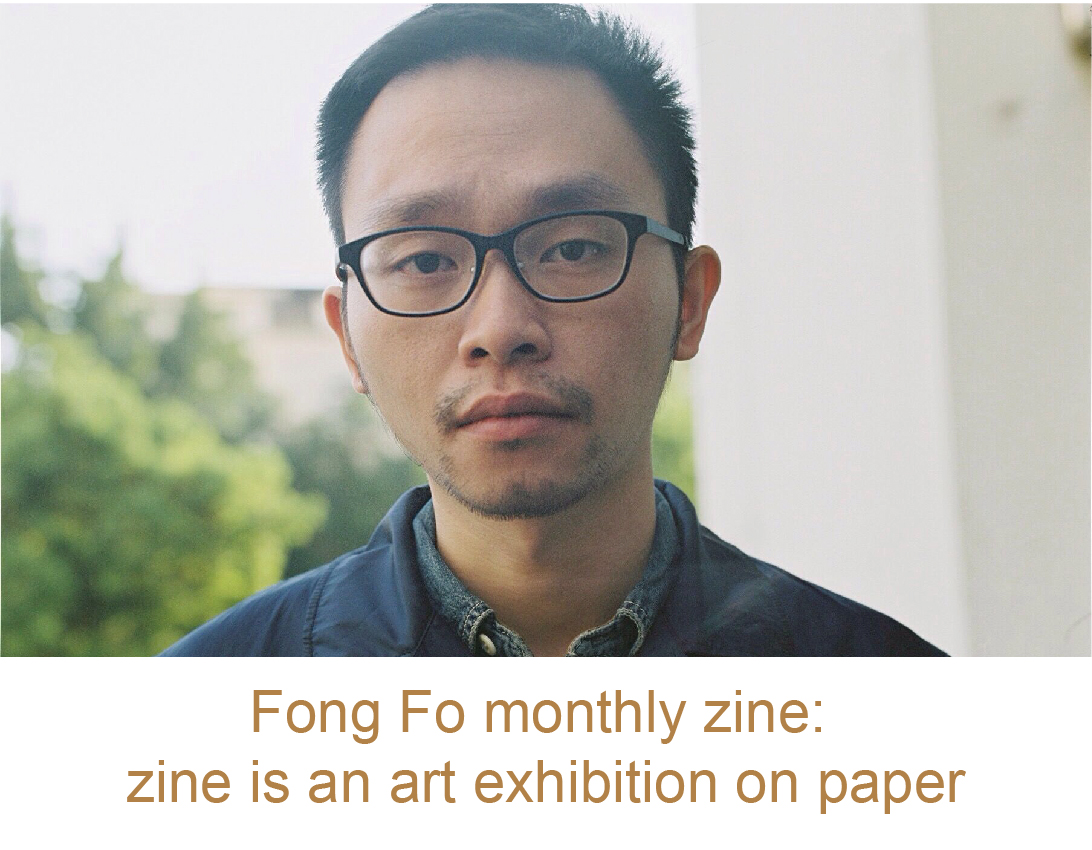 Something Moon Design: as an independent cultural product, zine needs to build up its competence over time

Something Moon Design’s founder Cheang Chi Wai is a local graphic designer and book designer in Macao. Cheang has won a number of design awards from both home and abroad. Many independent publications in Macao were designed by him. Besides taking part in design projects that address social agenda, Cheang is also an active participant of art events in Macao. In recent years, he had created several zine works and organised the “Zine Exhibition Across Strait” in Macao in 2017 that showcased the creation of independent publications.

Zine, a personalised publication without limits, but with quality

In Cheang’s opinion, zine is a very playful publication form. Sure, it’s a publication with several pages. But other than that, there are no other limits for the content creation process. “The biggest difference between zine and traditional publications is that zine doesn’t care about the traditional publishing metrics such as whether it has a market, sales volume, cost, production volume, etc. The content creators can experiment on his or her creativity. If I were to make an analogy about zine with design and art, then I would say publishing is design and zine is art,” Cheang said. “Zine is a personalised publication without limits but with quality.”

What really intrigues Cheang is not zine itself, but publications in general. “Zine is a form of media for publications. In comparison, zine allows content creators to create and publish content more easily. That’s why I think zine is worthy of promoting,” Cheang said. “In contrast to neighbouring regions, Macao doesn’t have a relatively mature publishing industry and market. There isn’t a decent platform where content creators can publish their works. Usually, they need to rely on the Internet to get their works out there. But Internet platforms don’t have the strong influence that physical publishing has. If people ask me what exactly I like about zine, I would say I like it because it allows content creators to express themselves easily in the forms of physical publications.”

Zine can’t be assessed from the perspective of market performance

Although zine does have some business potential in the market, it’s still difficult for content creators to make profits through zine. “At present, zine is mostly produced and printed personally by the content creators. That means most of the zine publications on the market are all limited editions. This is also where the business opportunity lies. But the level of difficulty to produce zine publications and the limited number of publications make it very hard for zine to be mass produced,” Cheang said. “This caps content creators’ income as well. But I always wonder if zine can be mass produced like any other publication, then would it still be zine? Does it still represent zine’s spirit? There is no denying that zine is essentially a commercial product. It needs sales performance in the market. But if we look at zine from the perspective of the market, zine might not look good. The publishing industry in Macao is still young and the demand for physical books is quite low in the local market. It’s really hard for zine to be commercially successful when traditional physical books are also struggling to survive.”

Cheang’s zine publications include The Protagonist is Always in the Middle and Do U Want Me to Describe the Place I Live, etc. According to Cheang, zine’s production process is very complicated and takes relatively long, which is why zine doesn’t have a lot of publications. All of Cheang’s zine publications are printed and bound by himself and each publication has less than 50 copies printed for sales. After the copies are sold out, he won’t print more to satisfy the demand. Cheang will work on zine when he has inspirations. Cheang’s zine works exhibit his design drafts from his routine design work and display photos of people, places and events in Macao. “Publications are only a form of media. What really matters is the content that they have,” Cheang said. “And of course, zine publications have amazing design and they look incredible. But meaningful content is what drives long-term development.”

Cheang believes that zine should shift more attention back to content creation and not try to appeal to the market with a fancy design for business performance. “We need to give zine more time to grow. We need to let it gradually become an independent cultural product in order to achieve long term development and make it a cultural industry,” Cheang pointed out, saying that zine shouldn’t form a publishing model and art market that aim for quick financial gains.