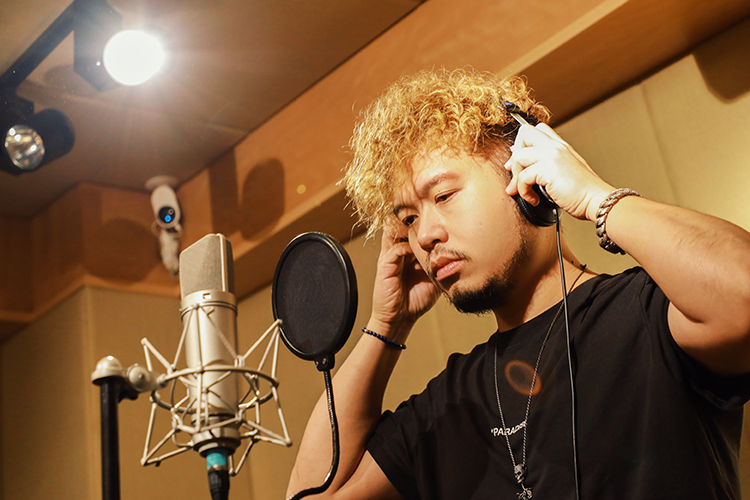 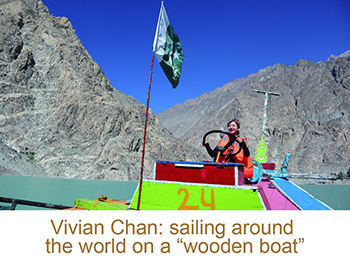 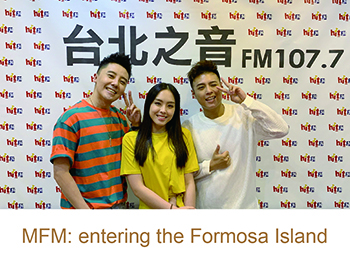 Pun Kuan Pou (PKP) is a well-known name in Macao’s music scene. In the past decade, PKP had worked with several music artists as a producer and helped them produce hit singles. He had recently teamed up with seasoned music artist Sean Pang to make an EP album that is quite different from conventional Cantonese pop music, in hopes of getting into the spotlight and expose the audience to different possibilities in music.

From offstage to the spotlight

The EP album is titled After Party, which had received funding from the 2018 Subsidy Programme for the Production of Original Song Albums launched by the Cultural Affairs Bureau. The subsidy programme provides financial support up to MOP150,000 to selected albums while offering guidance from a panel of experts. Pang brought up the idea of the partnership first as he was planning to make a pop album with chill songs that are different from the current trend. Then he approached PKP, hoping that he could be the executive producer of the album. Pang was in charge of the performance, songwriting and track composition of the four songs in the album. PKP on the other hand mainly worked on the composition and production.

“Originally, we thought the collaboration would be similar to that of the past ones, which means I would mainly serve the music artists. They would tell me their ideas and I would assist them in composition, arrangement and production. Surprisingly, when we were jamming, I realised that my input was very important in the overall presentation of the music,” PKP said, pointing out that the album is produced under both of their names instead of mainly featuring Pang.

This kind of collaboration model has been quite popular in overseas markets for a long time. There are famous DJ and music artists like Calvin Harris and Mark Ronson who have more control over the songs than the performers. “Our depiction of this album is a bit different from that of fans in Macao. I think besides the performers, music itself is also the main lead here. We want to make use of this opportunity to promote this rather new music form to the audience and prove that it can also work,” PKP said. 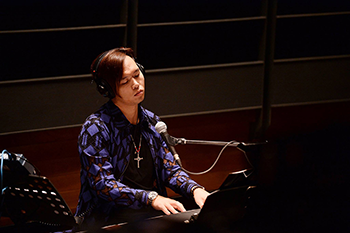 The decline of the CD era

PKP and Pang had completed the recording of the four songs. These four songs have a music style that is different from each other. However, they all have the common theme of sex, aiming to imagine an afterparty vibe that leaves you longing for more. According to PKP, the album is currently undergoing the process of album cover and package design. The album is scheduled to launch as soon as in June. But so far there isn’t any plan for rolling out physical CDs. The album will be streamed through online music streaming platforms and download sites. Physical album will be distributed as limited versions in the form of USB. “CDs are pretty useless right now. I don’t even have a CD player,” PKP said, commenting that there have been major changes in how we consume music. This is especially true in Macao where the music market is immature. Most local artists lack popularity and exposure, meaning they would need to find financial support elsewhere to roll out an album if they couldn’t get a subsidy from the programme. 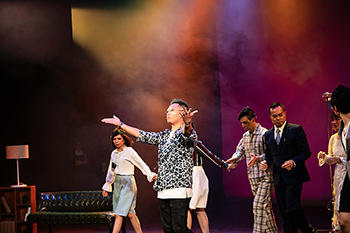 PKP is an active music artist in Macao, who actively explores new ways of cashing in.  Photo courtesy of interviewee

An industrial revolution in music

“In the past, music artists would want to express their music concept through a complete album. But the problem is a lot of people nowadays don’t have time to listen to an entire album, especially albums from music artists that they don’t know. It is already amazing if they could finish listening to one song. Producing music is relatively easier now as everything can be done with a computer. Then you can just upload it to the Internet. But of course, this process doesn’t necessarily make money, but it does generate traffic. This is a challenge to the industry. Or you could say it is an industrial revolution in music.”

As one of the founders of local music production company Chessman Music Industry, PKP has some insights in this “industrial revolution” in the music scene. He pointed out that the company mainly provides a one-stop comprehensive service for local music artists and produces music for the government and other organisations. However, in a market that changes so rapidly, the company could only grab every business opportunity it can get. Recently, the company has been actively exploring new ways to cash in, including music education for example. 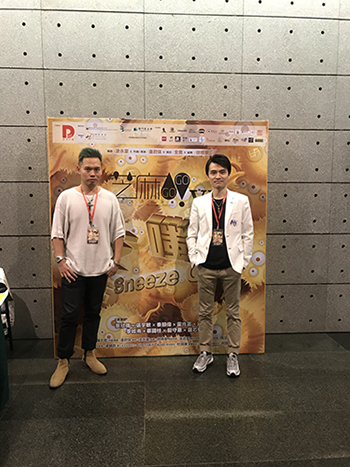 PKP finished his college degree in music education in Macao in 2003. Later in 2007, he went to Australia to study pop music. After graduation, he came back to Macao and worked in the line of music production. In fact, he was never reluctant to perform on stage. In 2010, PKP was able to win the Favourite Song Award at the 8th TDM Music Awards with One Day, a song that was produced and performed by PKP. However, given the market constraints in Macao, it is relatively easier to get into the line of music production. “I love to have fun. So I am hoping to have more opportunities to appear in front of the audience. Music is the medium for me to express myself,” PKP said.

Let’s Gather Together, No Fighting against the Pandemic