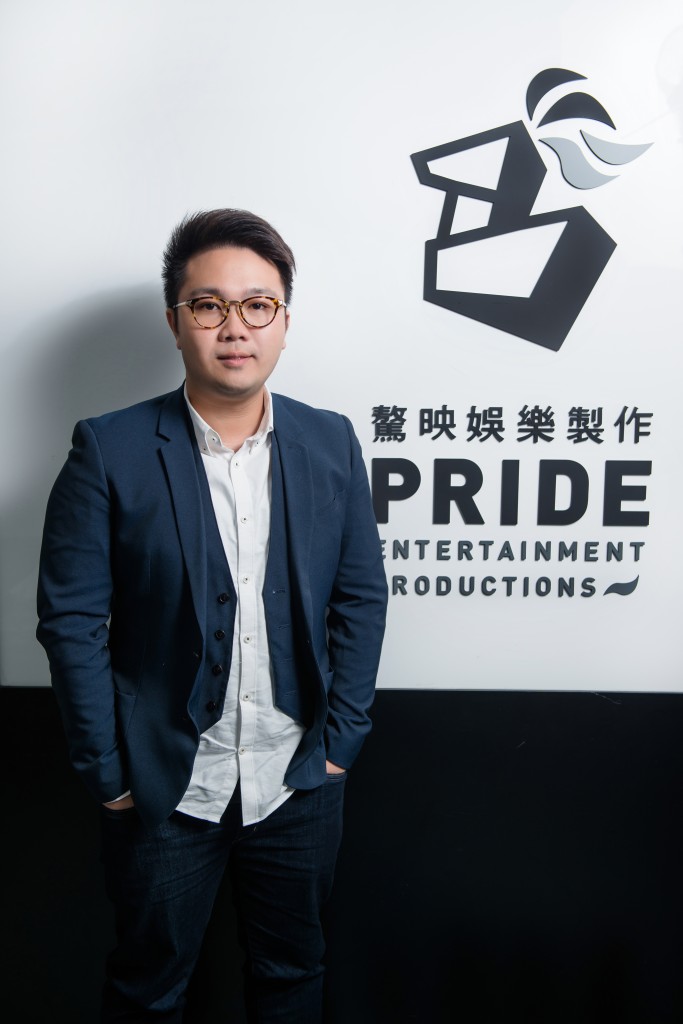 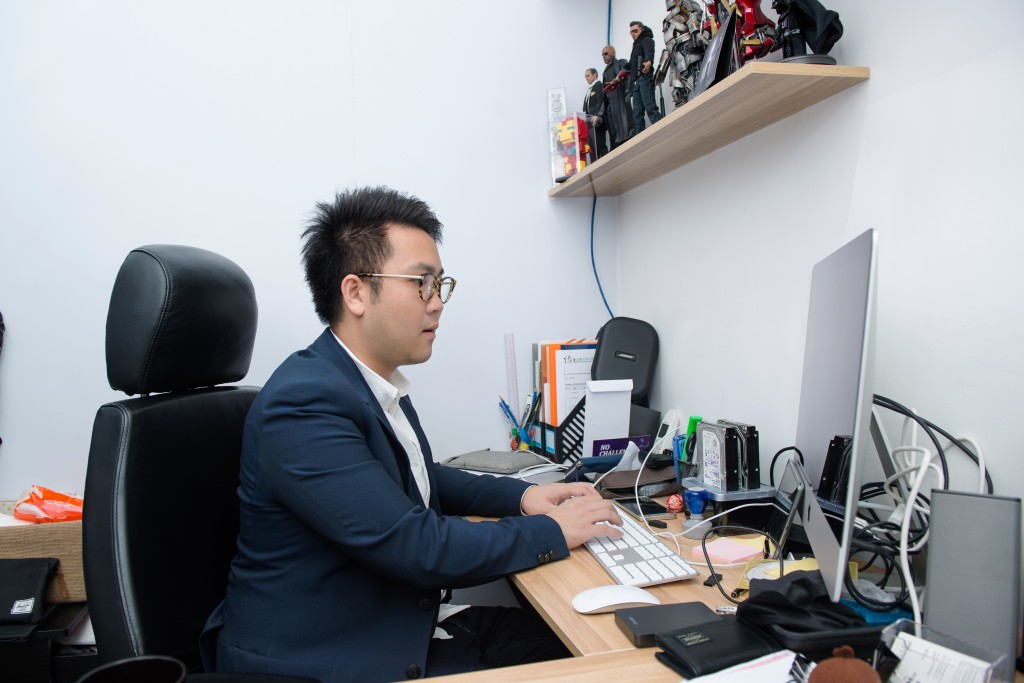 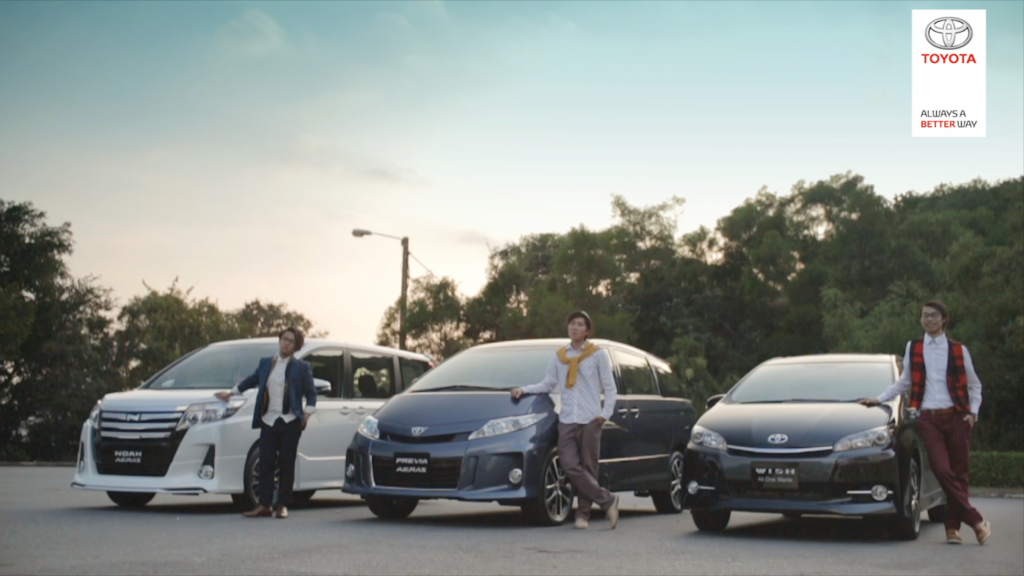 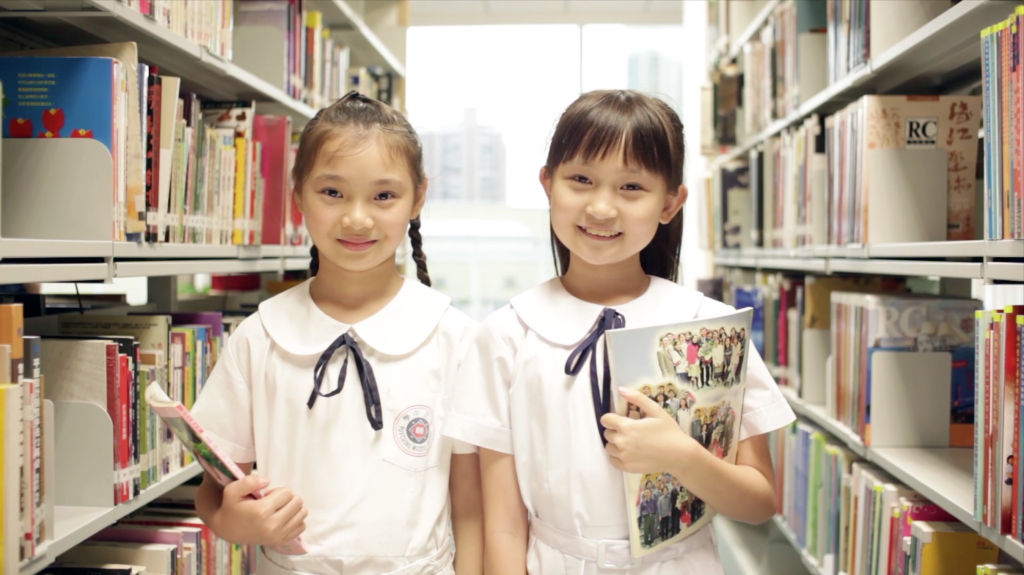 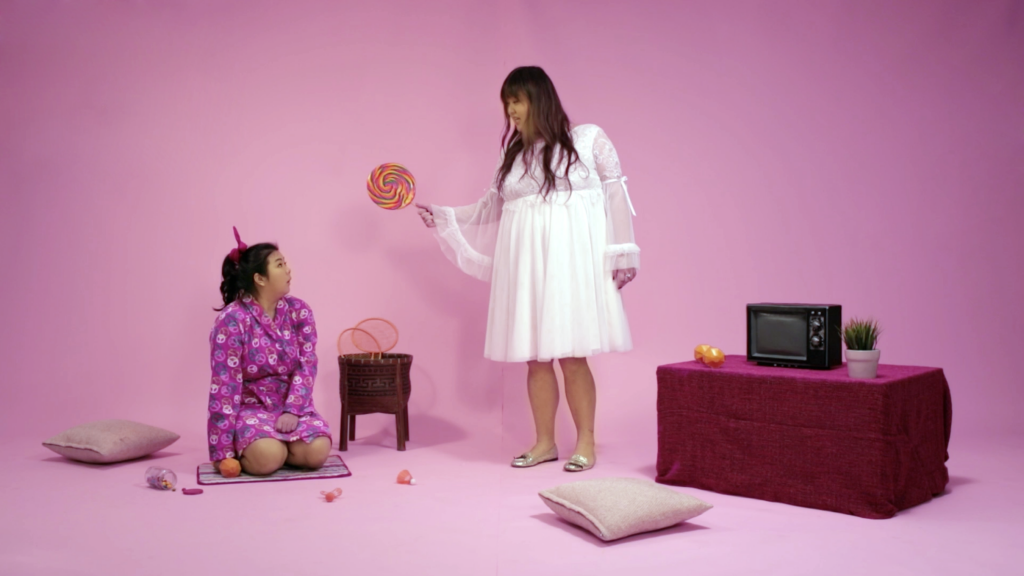 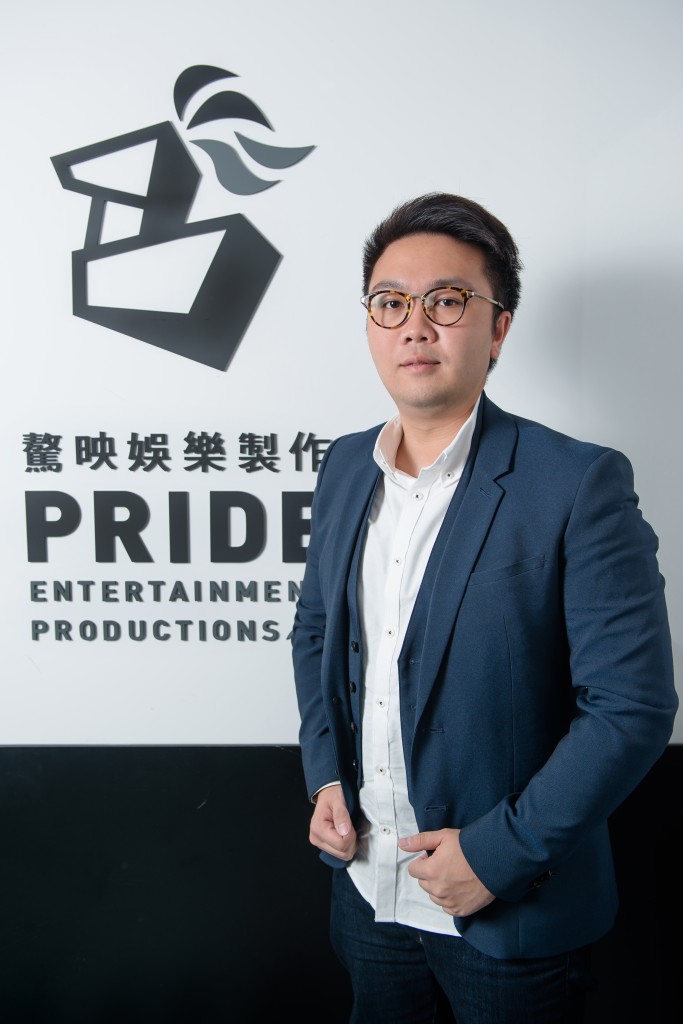 Hin U started working as freelance producer four years ago, and finally he has founded Pride Entertainment, an all-encompassing production house in Macao.  Photo courtesy of old sin@Calvan sin Production 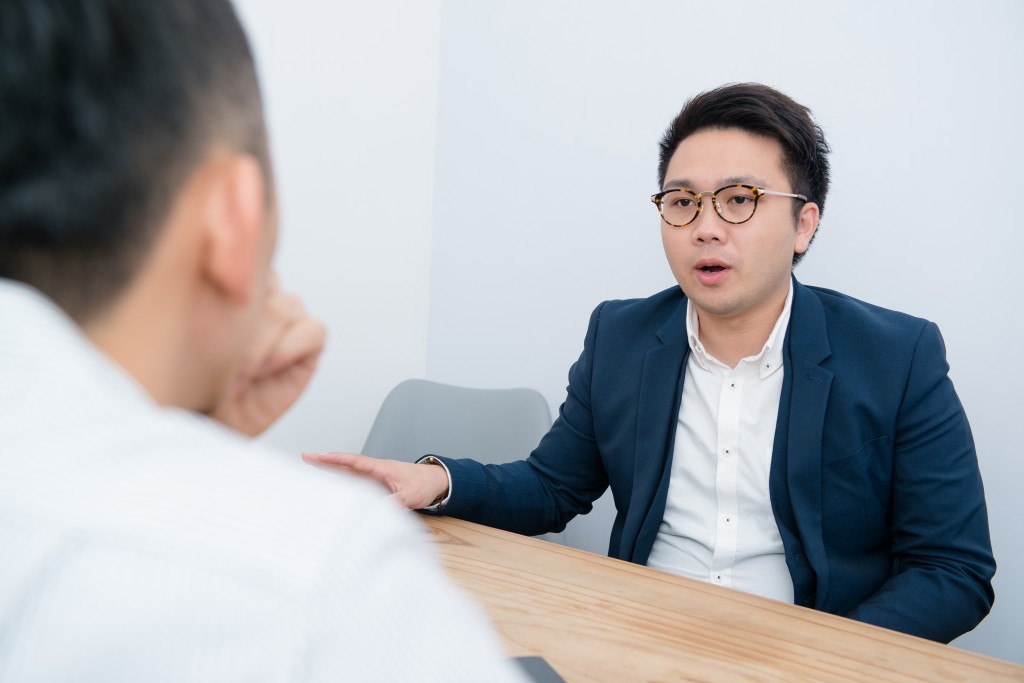 Hin U started working as freelance producer four years ago, and finally he has founded Pride Entertainment, an all-encompassing production house in Macao.  Photo courtesy of old sin@Calvan sin Production

As the entertainment industry has begun to grow in Macao, production companies are mushrooming accordingly. Some of them are quite established and have already produced excellent programmes or short films. Is this industry easy to enter? And is it easy to get more audience to watch such productions? Pride Entertainment and Manner Production are two production companies in Macao with different business models. In this issue, they will share their insights into the industry. 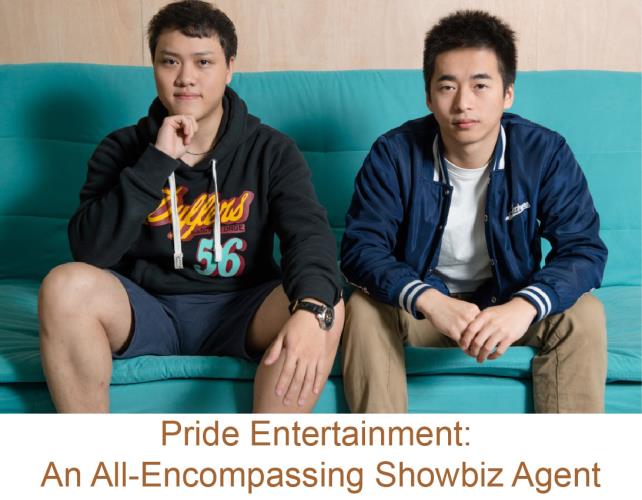 Pride Entertainment Productions Co. Ltd was founded by Hin U and his team in 2013. At the very beginning, video production was the only business of the company. But now it has become Macao’s all-encompassing showbiz agent, and its major businesses include artist grooming, promotion, event management and graphic design etc. “We have been working really hard over the last two years. We were too naive when we started this business, but fortunately it’s now on the right track. It’s hard-earned money,” said U.

Studied cinematography in Australia, U returned to Macao in 2012 upon his graduation and became a freelance producer. Back then there was a shortage of video and film production professionals in Macao, and a gig U got, production of an educational TV programme, rewarded him with more than MOP$100,000. Kickstarted at the right moment, U got a bonanza for his company. At first he thought that he could simply transfer the clients to the company he formed, but he was wrong.

“Macao is a special place — there’s not enough talent; space is limited; and the market is small. When I was freelancing, I didn’t think about it. But once the company was founded, all these problems became visible. People in Macao are not interested in local entertainment productions. The lack of manpower and media interest is one of the reasons why the entertainment industry is so stagnant in Macao,” said U.

To overcome such hurdles, U launched an artist management programme once he kickstarted the business.

“There are many people in Macao who love singing, and new albums are released every year. But it’s a pity that not many of them really want to go professional. Also, companies in Macao don’t really think of using local artists to promote their products. All these have barred the industry from growing. But Macao people are also very interesting. They think that if an artist makes a name overseas, like Siu Fay and Vivian Chan, then he or she is also seen as a star in Macao. That’s why we are now negotiating with agents in Hong Kong, in the hope that our artists can have more exposure outside Macao.”

U said that Pride Entertainment is now collaborating with a company in Hong Kong. The deal is to hire a Macao artist as ambassador to promote a Hong Kong brand. This helps groom multi-talent artists and let more people in Macao get to know them. Also, by doing this they get more bargaining power in the market.

Pride Entertainment has recently signed Lo Hip Meng, a local basketball student-athlete, in the hope of attracting more young audience in the market, as well as developing and diversifying artists. “Sports and arts are of the same category in the entertainment industry, and can be planned together. In Hong Kong and Taiwan, it’s not uncommon that student-athletes have stepped into the show business. Lo is now studying physical education and sports in Macao Polytechnic Institute. He plays in basketball leagues in Macao and is one of the few athletes here who has his own fans. All these match with our plan to crack the youth market.”

U pointed out that most of the brands we see in Macao today are distributors from Hong Kong, and naturally Hong Kong artists are preferred when it comes to promoting merchandise like sneakers and sportswear. It isn’t direct marketing to audience in Macao. Thus, U anticipates that once Lo has a more established career in the showbiz, he will start to negotiate with distributors in Hong Kong to sign Lo as a brand ambassador.

At the beginning, U made his name with “AECM 360”, a web-based news magazine television programme funded by General Association of Chinese Students — Macau. The show gained popularity among young people in Macao because of its refreshing style and light-hearted content for students. The success of the show made U realised the importance of the web media.

“One of the major differences between Macao and other places is Macao doesn’t have a good media platform to circulate information. No matter how excellent an artist is, there are no channels for more exposure. Whoever controls the media controls the world. That’s why I immediately started to set up a web-based media. Now we have attracted a number of young audiences and this has proven that our move was right,” U said.

Although web media has gain popularity and Pride Entertainment is on the right track, U has never neglected the power of old media.

“People in Macao think that if an artist has no exposure in old media like TV and newspaper, that means he or she can’t be reached easily, and will be seen as non-mainstream and not taking the career seriously. A web-based media is a very good tool to promote artists. It helps you get the attention of the youth and frequent internet users. What’s next is to break through bottlenecks and get a share in the mainstream market. And old media is the only way out.” This explains why Pride Entertainment has also invested in outdoor advertising, like signage posted on public transport, as well as print ads on Macao Daily. This is to make sure the audience knows what’s new and what’s hot about the company.

U emphasised that Macao has got talent no matter on the stage or behind the scenes. They are as good as those in Hong Kong or other places. However, unlike those places where mega shows are not uncommon and opportunities for international exchange aplenty, workers in Macao do not have enough chances to hone their skills and hence their horizons can’t be broadened. Moreover, joining the civil service and the gaming industry are the preferred career choices among skilled workers in Macao, and it’s difficult to persuade talented people to establish career in the entertainment industry. To solve this problem, U decided to do talent search worldwide.

“We have hired designers from Taiwan. The costs of hiring a fresh graduate in Macao can hire a senior producer in Taiwan. We would like to hire locals too, but in reality we aren’t able to afford it.”

U also said that the availability of new technology means everybody can take pictures with their camera phones and the benchmark for photography has been lower accordingly. The upside is it’s easier to look for photographers for urgent jobs, but the downside of it is it’s difficult to groom real talent.

“Young people would rather freelance than work for others. Yes, you enjoy the freedom by managing your own business, but you lose the opportunities to climb up the corporate ladder or to learn from the senior. You don’t have chance to work as a team either. You may be able to manage small projects, but when it comes to mega shows, you would be out of your depth. The market is getting more competitive. Even the industry has started to grow, there aren’t as many freelance opportunities available as the days when I joined the industry.” U also said that his intention is not to persuade freelancers to join a company, but to ask people who want to join the entertainment industry to think again before they make any choice. One needs to understand his or her forte and what sort of career one wants.

Pride Entertainment performed well during the two years of investment period and has got stable clients like MGM. It’s expected that the breakeven point can be reached this year. While future business development in Macao is not a problem for the company, U believes that this year is a real challenge. “Macao is our starting point. We need to make a name here first. Once we become an established brand in Macao, we will go international next.”

U said that there’s room in Macao for business development, but its size and population are limited. International collaboration is necessary for real business growth. The core business of Pride Entertainment will be promoting its artists and productions to markets overseas. U is also planning to invest in short films and to invite foreign artists to perform in Macao. By doing this local people get more entertainment choices, and local artists get more opportunities to collaborate with international teams.

U pointed out that the entertainment industry in Macao also sees this need, and the industry understands that it’s impossible to compete with neighbouring regions if each operator works on its own way. Hence, Macau Artistes Association was founded last year, and seven production companies in Macao jointly launched the Sound in Macau Festival, hoping that overseas audiences can get to know more about Macao via this event. The collaboration also allowed these companies to get more exposure. It’s a win-win situation.

“Although Macao’s gaming revenue continues to decline, the commercial sector in general is not affected. Business opportunity knocks, even in bad times. I believe that there’s room for the growth of the entertainment industry in Macao, said U.