Edinburgh: a center of enlightenment and a hotbed of creativity 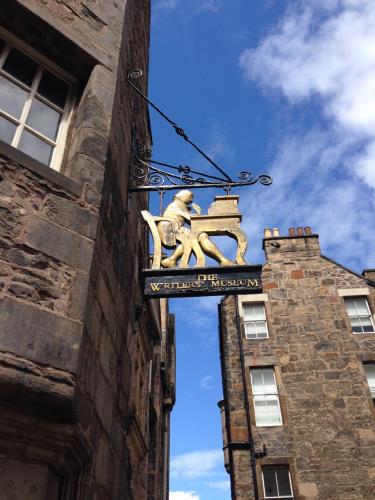 Since there had been some time before the opening performance of the Jazz and Blues Music Festival, I hurried into a café in Edinburgh to get out of a rain shower. I didn’t see many consumers excitedly taking photos of themselves, until I had taken a seat. I happened to come to the well-known Elephant House, where the novel, Harry Potter, was created, a holy place the global fans of the novel prefer to arrive at.

From a single mother writing at a café to save the house heating expense, to the first billionaire writer in the world, the struggling history of J. K. Rowling, an Irish writer, is a miracle story. One waiter said, Rowling used to sit by the window to overlook the ancient castle in the distant, and when feeling tired, she would take a walk at the nearby cemetery, turning the inscriptions into inspirations for her.

First city of literature in the world

Edinburgh was called the “hotbed of geniuses” in the 18th Century, when the Scottish literacy rate was as high as 75%, thus reading being very common. And the following Scotland Enlightenment was just a feast of thoughts, with the representatives being the great philosopher, David Hume, the Father of Economics, Adam Smith, and the historical novelist, Walter Scott, and so on. Different from the enlightenment in France which was characterised by salon of public space nature, many social entities in Scotland, such as Glasgow Literature Society, Scotland Philosophy Association and Edinburgh Elite Association had been mushrooming, shifting the public discussion of political philosophy to that of natural philosophy. This enlightenment led Europe to modernisation, and Scotland, a poor and remote western European country, had swiftly become a strong power of the European civilisation.

Today, reading tradition is still very solid, attracting a lot of independent publishers, and there are all kinds of bookstores, like common bookstores, ancient book store, public library and so on. Edinburgh City of Literature Trust responsible for literature promotion has maintained the tradition of “Enlightenment”, as its ultimate objective, and recently has striven to develop the literature tourism, by setting up the writers museum, creating writer residency programme, newbie writer support programme, and strengthening the cooperation with other cities of literature, to accelerate story-telling activities and encourage “bringing the literature into the streets”, thus making every one take part in, share and experience the charisma of literature.

Scotland not only has a glorious past of the literature tradition, but also enjoys its shining contemporary literature. Irvine Welsh turned the Scottish young people’s confused status into a novel named Trainspotting, the film adapted from the novel is constantly popular. J.K. Rowling has made a distinct magic world relying on the enormous historical vicissitudes of Scotland, and a number of films, stage dramas and various creative products are all the derivatives from her novels. The literature of Edinburgh is no longer the favourite of a niche audience, but the attractive card of the city and many appealing products.

The biggest difference between a creative product and a common consumer product is story. If we look at the development of the creative brand in Hong Kong or Macao, they are only skimming over the surface or handle the landmarks inappropriately, but ignore the fundamental text narratives. In this era of stressing IP (Intellectual Property), reading, literature attainments and writing shall be the key means to improve the text quality and narrative abilities.

In recent years, Macao puts efforts to foster a festival city, so that Edinburgh may be good example for reference. In addition to the endless firework showing at the end of a year, the culture planners shall also pay attention to the soft power and inexhaustible potential of the literature. We shall not make the city a circus by trying hard to please the passengers, but make the city a centre of enlightenment and a hotbed of creativity through the literature, text, story and idea exchange.

Decoding the meaning of film festivals