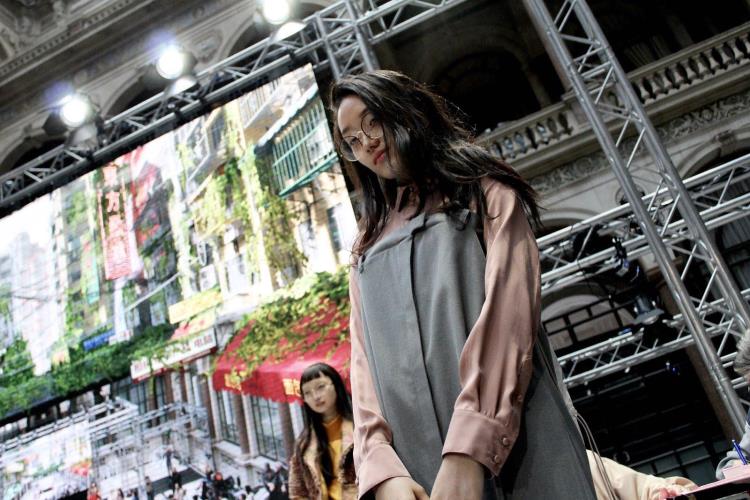 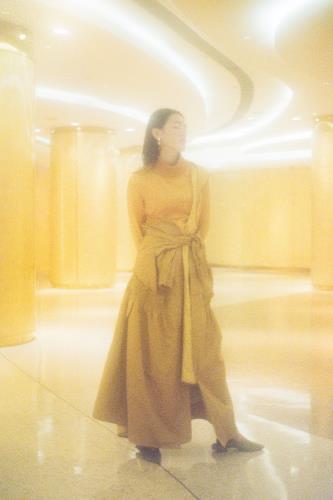 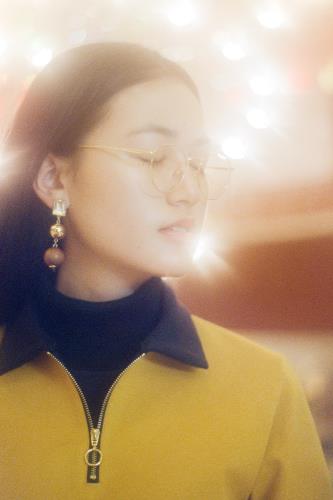 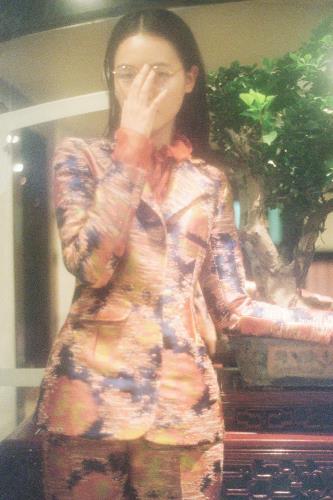 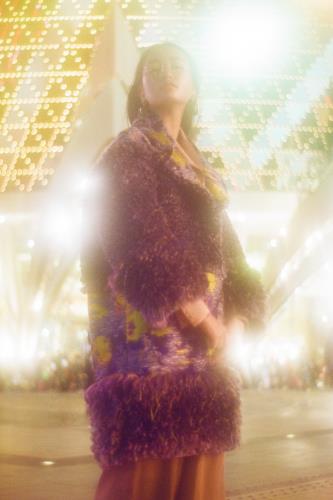 London Fashion Week, as one of the four most important international fashion fiestas, is also the stage where emerging designers get exposure opportunities for their design careers. Macao up-and-coming fashion designer Steven Tai was invited again to attend the fashion week in February this year and worked with the Hollywood-based special effect team Star Wars to launch his brand’s STEVENTAI Autumn/Winter 2018 collection. The collection was inspired by the traditional culture of Macao and was highly recognised during the fashion week.

Steven was born in a traditional clothes-making family in Macao. At the age of nine, he moved to Canada with his family. “People who share similar hobbies have similar fashion taste. To some extent, what people wear is the reflection of their social status,” Steven said. After graduating from a business school, Steven chose to further his study in fashion design at Central Saint Martins in UK. “When I was studying fashion design, it occurred to me that the fashion industry is a perfect combination of business and creativity, as it emphasises creativity and boasts enormous business potential and capital,” he said.

During his study in UK, Steven had been an intern to several popular fashion brands in the market, such as Stella McCartney and Damir Doma, where he accumulated first-hand experience on fashion brand operation. In 2012, at the 27th Hyeres International Festival of Fashion and Photography, Steven was highly recognised by renowned Japanese designer and festival panel chair Yohji Yamamoto as well as Chloé’s CEO Geoffroy de la Bourdonnaye, eventually winning the Chloé Inaugural Design Prize. In 2013, Steven rolled out his 2013 spring collection in partnership with ELLE at the Berlin Fashion Week. “I have held fashion shows in Milan, New York, Toronto, Anthem, Shanghai and more. As I gradually gained exposure, I decided to kickstart my own brand STEVENTAI,” Steven said, recalling how he started he own brand.

Make it work, but how?

Steven believes that most brands in the fashion industry rely on the revenue accumulated from the sales in the last season to finance current design and production. Such circular business model proves to be problematic when the sales performance of a particular season goes south. Therefore, it’s very important for companies to identify the market demands during each season and utilise their creativity accordingly. To date, STEVENTAI has garnered a relatively stable client base while achieving a decent profitability.

Currently, fashion brands’ sales model is based on “Make to Order”, meaning the product is produced only after a confirmed order is received. “The Make to Order model shows brands’ dedication to quality. I have set up over 20 exhibition sites in Japan, Shanghai, Southeast Asia and Europe. Next season, I will open a branch in New Yaohan in Macao,” Steven said when asked about his brand’s physical retail outlet. “Up till now, the exhibition sites in Japan and Shanghai have the best market performance.”

In February this year, STEVENTAI showcased its Autumn/Winter 2018 collection on London Fashion Week. The new collection was inspired by the slow-pace lifestyle in Macao. “Macao’s city planning was under heavy Portuguese influence. It’s very rare to see a city painted with the colour pink and green,” Steven explained. “Macao is also a culturally diverse city. So I combined different fabrics to showcase Macao’s cultural diversity in my design.”

And of course, elements of Macao’s casinos were also added to the Autumn/Winter 2018 collection. For instance, fabrics with redesigned casino patterns have been used in the collection. Apart from that, Steven was recommended by the organising committee to work with Hollywood special effect team Star Wars to develop an AR experience of Macao for the fashion show. “The audience would find themselves standing in the streets of Macao after putting the AR headsets on. This allowed them to enjoy the collection in an authentic and indigenous environment,” Steven stated.

A deeper and sustainable cooperation model

On cooperation, Steven voiced that the cooperation model had been relatively simple during early phase. Steven mainly cooperated with designers from other areas such as jewellery and shoes, etc. in its initial phase. As the brand became mature, the cooperation also deepened. The concern of sustainable development in the future also came along. “Look at the Autumn/Winter 2018 collection show produced in partnership with Star Wars for an example. If we implement VR technology on clothes design and manufacturing in the future, it’s going to save us a lot of fabrics and paper. This will bring positive impact on the environment,” Steven said.

Macao government values the development of the cultural and creative industry a lot. “After living abroad for a long time, I discovered that many regions do not enjoy the same level of support for the cultural and creative industry as in Macao. In addition, Macao’s slow-pace lifestyle facilitates a great environment for creativity and local talents,” Steven commented, saying that he would invest more time and energy in the market in Macao. To boost the production capacity of Macao’s clothing industry, Steven will be inviting fashion designers from UK to collaborate with local talents on design as well as production.