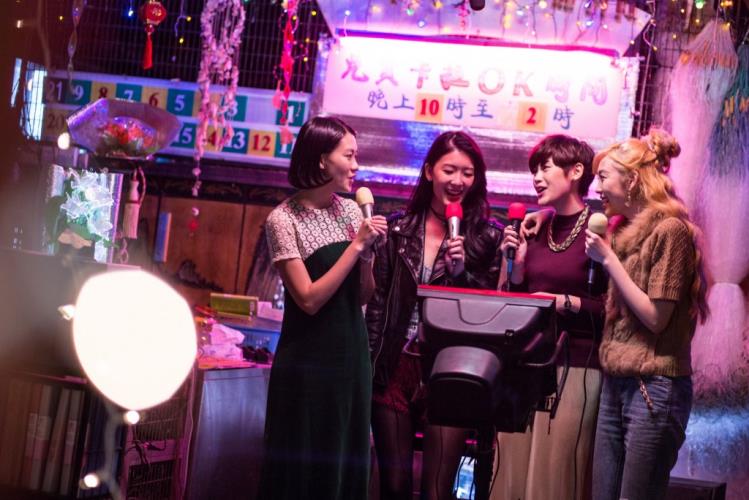 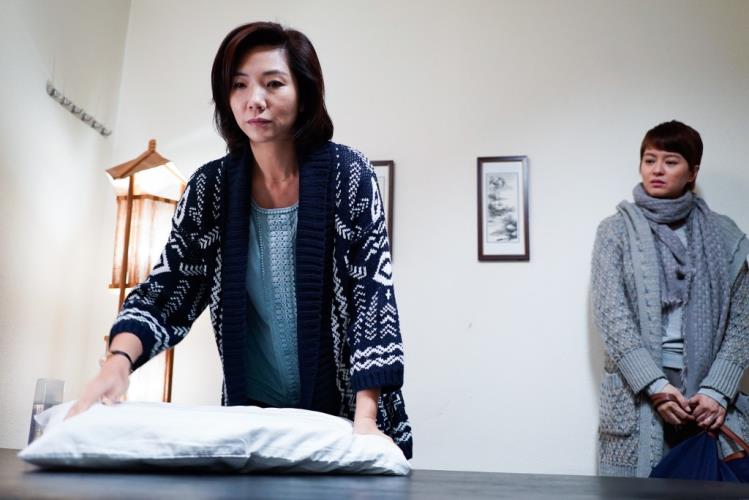 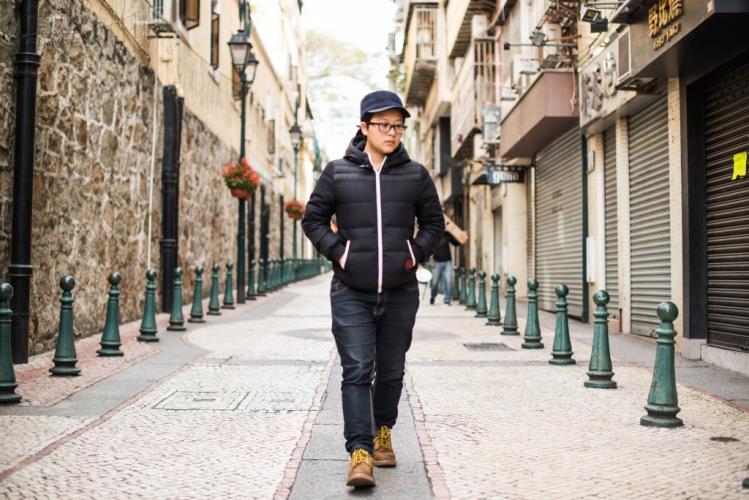 Choi Ian Sin Tracy’s Sisterhood has just won the Macao Audience Choice Award in the 1st edition of the International Film Festival & Awards • Macao (IFFAM). Started filming since studying in high school, Choi studied filmmaking in university and over a span of 15 years she finally finished her very first feature film Sisterhood.  She said with a smile: “Filmmaking is a dream I have been holding for.”

Choi’s directorial debut was a film she made when she was a schoolgirl. She enrolled in a filming competition when she was studying in Form 3. She borrowed her father’s movie camera and each year she made one film. In the first year she dabbled in making romantic love stories. In the second year, she mimicked Pang Brothers’ thrillers. Choi was in charge of directing, editing and filming, but very soon she found that her works were far from professional.

“When I was watching TV, I noticed that the scenes were so beautiful.” She consulted some senior students and got to know that it is not appropriate to use one single scene from the beginning till the end. The sequence has to be carefully designed and close-ups are necessary. Later on, one of the senior students went to Taiwan to study filmmaking and this inspired Choi that filmmaking is the way to go.

When Choi was studying Shih Hsin University, she finished ten-odd short films and got to have more understanding what’s going on behind the scene. She pointed out that film studies in Taiwan put more focus on the narratives of the stories rather than the cinematography techniques. Choi is interested in women’s issues and she chose courses on feminism as her electives. After she returned to Macao, she has filmed I’m Here, A Friend of Mine, Farming on the Wasteland and Sisterhood, and all tell various stories about girls and women. “Women and girls accounted for half of the total population, and women are also the majority of the movie audience. But it is so strange that there are not many female-oriented films available.”

When Choi came back to Macao in 2010, she first wanted to make a living as a filmmaker. But it has proven that it was impossible in Macao and thus she applied for a job as a television director. However, she was told to take up the role of a show host instead. A year later, she realised that the job she wanted was of no avail. She quit her job and continued to make films.

“At that time all filmmakers in Macao had their full-time jobs. We could only make films at the weekends,” said Choi. Very soon, she had to tackle with the problem of manpower shortages. Usually short films and documentaries require less manpower, and Choi managed to deal with it. But when it comes to making feature films, without the necessary manpower it’s impossible to turn ideas to tangible films. Later on, Choi decided to enroll in the Master of Fine Arts in Cinema Production programme in the Hong Kong Academy for Performing Arts. Apart from furthering her studies in filmmaking, she could also make new friends who share the same interests. “It’s easier to hire people from Hong Kong.”

When Choi graduated in 2013, the Cultural Affairs Bureau has just launched the Support Programme for the Production of Feature Films. Four filmmakers would be selected and each would be granted a subsidy of 1.5 million patacas at most. To Choi, this was an opportunity that could not be missed. She already had a complete script for Sisterhood in hand. The script was an assignment she finished when she was studying screenwriting in university, and she used the same script in a mock pitch to film investors when she was studying the master’s programme.

Sisterhood is a poignant tale of two female masseurs. When Choi was small she had met people from all walks of life while she accompanied her mother, an insurance agent, to meet her clients. Among them, masseurs left a strong impression on her. “They usually wear flamboyantly, and they behave and talk grittily. They are so different from other housewives.” She therefore decided to tell a story of yesteryear’s Macao through these unique characters.

After selection, Choi was chosen as one of the four beneficiaries of the support programme. However, it’s still far from enough to finish the production of her film. It is necessary to raise fund from other investors. To try to solve the problem, she invited her tutor in Hong Kong, Ding Yuin Shan, to be the producer of the film. Choi understood that she is green in the industry and it is difficult for her to secure investments from film production companies. “Even if you have solid experiences in making short films, it is not a proof that you are capable of making feature films.”

Facing difficult situations, Choi and Ding visited potential investors one by one. “I think it’s a right move to look for a film production company to finance the film. By doing this I can get to know more about how the industry works. The distribution and promotion of the film will also be done better.” Finally, One Cool Film Production Limited agreed to finance her dream.

Shooting her very first feature film, Choi was under severe pressure. When she was a student and did film assignments, her classmates would offer help to her enthusiastically, and the costs of production were low. But the making of Sisterhood is a different story. The costs can go up to more than MOP100,000 per day of filming. “The more days you film, the higher the costs.” Choi had to race against time to keep the costs down. But she was not always lucky. Originally the film had to shoot several important scenes at the St Paul’s Ruins. But the rain halted the shooting of the film. Choi had to shoot the scenes again on the last day of filming. She also had to hire 80-odd background actors again, which is out of her budget.

What is the hardest part of being a film director? To Choi, it’s about the ability to make decision on the spot. “People in the film crew would ask me, say, what colour of the curtain is needed for a particular scene?”  She smiled: “if it were for my own home, I wouldn’t care what colour the curtain is so long as it can be hanged properly.” Every decision made in the film studio matters to the whole film. If a wrong decision is made, even if it is a tiny error, it can be easily and immediately identified in the film. Choi therefore believes that a film director has to know how to make right judgment under stress.

“After finishing Sisterhood, I feel like passing out.” Said Choi when she recalled the three years of preparation and shooting of the film. “To me it’s a big dream to make a feature film. It’s every filmmaker’s dream.” And then what’s next? “I of course want to continue to make films. Sisterhood is about my yearning for the good old days of Macao. Next, I would like to make a film about what is happening in Macao now.”