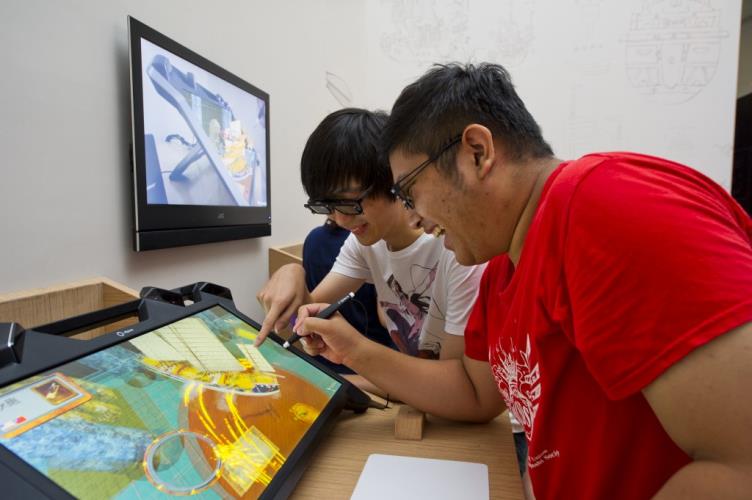 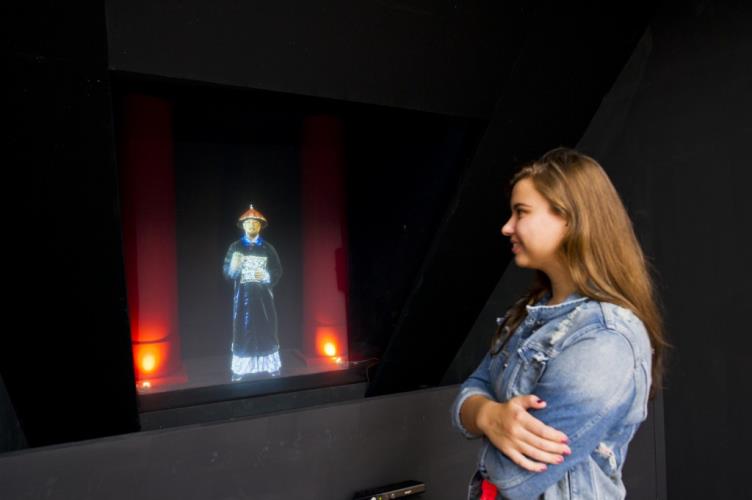 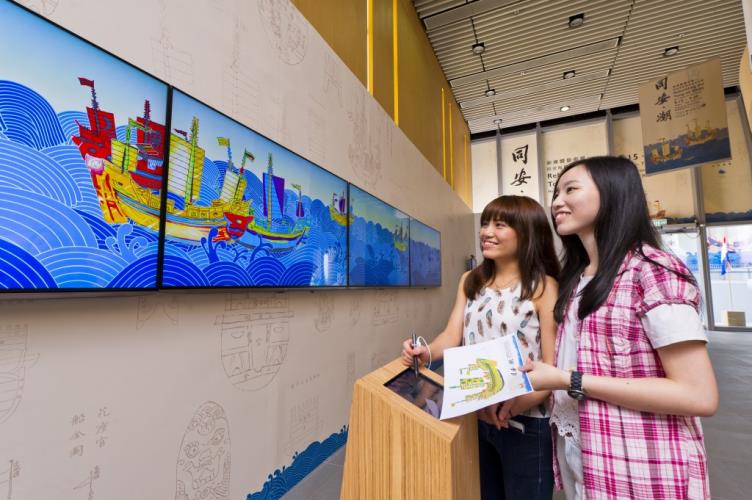 The latest TVB drama Cheung Po Tsai tells the story of the infamous pirate, who ruled the sea in Guangdong during the Qing Dynasty. The 200-year-ago tale is just a cliché without some new gimmicks, so the drama creator made the protagonist go back in time and meet Cheung Po Tsai.

The television giant is not the one to give more effort to repackage history stories, so as the museum.

By using the 3D glasses and a touch screen stylus pen, the audience can study the Tong-an Ships in detail by taking the ship apart virtually; by waving their arms, the audience can also make an animated Cheung Po Tsai comes to life and tell them old stories in Cantonese. The two Tong-an Ships models built two years ago and this multimedia exhibition are based the illustration attached with palace memorial of the Qing court in the TPM collection.

TPM has started developing cultural and creative products since the 1980s. Now the museum has established 21 digital collection databases, launched a comprehensive global website in nine languages, published e-newsletters in Chinese and English, and set up an online learning database; just like a museum without walls. TPM also devotes to creating new media art, such as making the Qing court painter Giuseppe Castiglione’s Hundred Horses into scroll-based animation and the “Rebuilding the Tong-an Ships New Media Art Exhibition” has been touring around Taiwan.

Fung Ming-chu, Director of the Taipei Palace Museum said, “a conventional exhibition is not lively; the historical archives are just lying at the corner, but through multimedia technology, Cheung Po Tsai can tell his own tale personally.” In addition, the multimedia exhibition inspires a series of design process and brings positive development to the cultural and creative industry.

CityU’s School of Creative Media has created two new media installations for the exhibition: Linear Navigator of Chinese Maritime History and Paint and Sail your Tong-an Ship. In fact, there are more multimedia exhibitions in the recent years, such as the “Pure Land: Inside the Mogao Grottoes at Dunhuang” exhibition 4 years ago. The Dunhuang Grottoes were presented in virtual reality. In 2013, CityU cooperated with the Hong Kong Maritime Museum and digitalised a Qing Dynasty scroll We Are Like Vapours: Pacifying the South China Sea. The painting was projected on a 360-degree screen and the audience can zoom in to see the characters in the painting.

As the leading new media art exhibition organisers in Taiwan and Hong Kong, TPM and CityU understand that new media art exhibition is a global trend. A memorandum of understanding regarding future cooperation between the two parties was signed last year. The Cheung Po Tsai exhibition is the first exhibition is their first collaboration in Hong Kong. The second collaboration, “Giuseppe Castiglione—Lang Shining New Media Art Exhibition” will be held in Italy in the end of 2015, celebrating the Italian missionary and painter at the court of the Qing dynasty’s arrival in China three centuries. Castiglione’s work will be transformed into digital versions as well.

It is challenging to get young people to pick a history book about Cheung Po Tsai these days since they have formed a new reading habit; neither should we expect the TV drama would restore all the historical facts. If one wants to know about Cheung Po Tsai without reading a dull book, the multimedia exhibition may be an option.