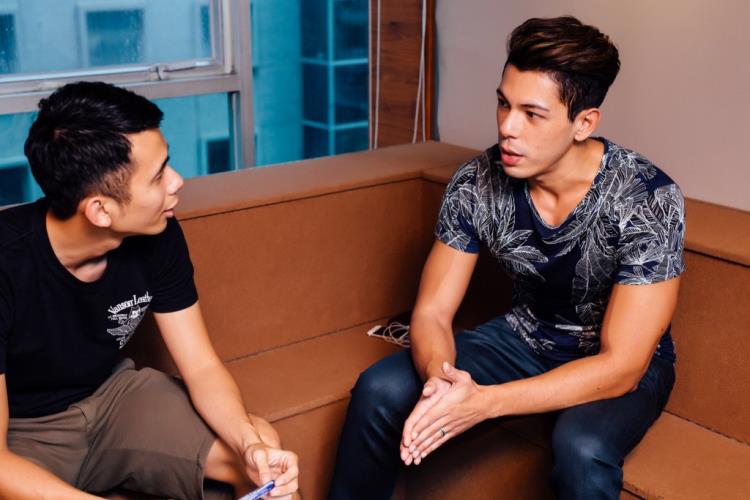 In Macao, the growing number of entertainment production houses and agencies suggests that the local entertainment scene is still evolving. Nevertheless, a handful of emerging artists who, with their performances, are making their voices heard within the community. How much scope is there for these emerging artists to develop their own niche and career in the city? To find out more, we have invited artists Germano Guilherme, Vivian Chan and Hyper Lo, to share their experiences in the entertainment field, as they tap into the markets of Macao and Hong Kong. We have also talked to Like Entertainment, an established media agent, to learn more about the backstage operations in entertainment and market trends. 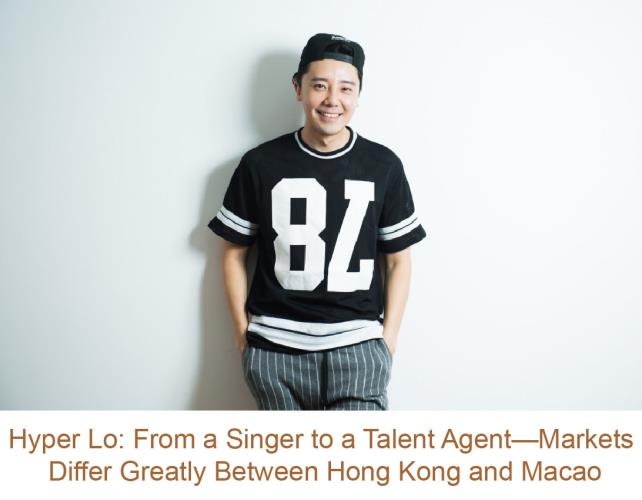 As a Macanese, Germano Guilherme made his name as he took part in the One Million Star contest in Hong Kong organised by ATV in 2009, and won the “Best Performance Award” for his exhilarating performance. Nicknamed “One Million Star Eurasian”, Guilherme is a natural optimist. Years ago, he decided to return to Macao to sign with a media company and further his career in Macao. In September this year, he won the “Best Male Singer Award” in the “ooh Macao! MV Awards”, and won the first prize in the MACA Song Writers Quest in early 2016. It is evident that Guilherme succeeded to build up a great reputation for himself since his return to Macao.

“Back then, I signed a contract with ATV to work as one of their artists, and was able to secure four to five shows each month, so my income as an artist is quite attractive,” Guilherme said. At the end of the contract, some people in Macao invited him to return to Macao to further his career. Nowadays, he undertakes a range of MC hosting and tours. His trilingual ability (with fluency in Portuguese, English and Cantonese) means that he could host entertainment programmes and events in any of the languages, making him a much sought-after artist. “The company pays me a base salary, and offers me bonuses when I go on tours. So far, I am quite pleased with this partnership model, so that the company will offer me assignments, allowing me to focus more on my own creative role.”

Outside his job, Guilherme enjoys going to the gym, and would even go for self-tanning in the summer. Every day, he would go for a run after lunch, and stick to his running ritual regardless of the weather. “So that I can stay fit at all times,” he said.

“When I first joined the company, they asked me to go on a slimming programme. After that, I continue to go to the gym regularly. New artists who join the company are normally required to take up some vocal lessons as well. Since I am quite experienced in performance, they have waived this requirement.”

Admittedly, with most of his shows falling on Fridays and the weekends, Guilherme enjoys quality free time during the rest of the week. “In Macao, I suppose I have a rather easy life as an artist. Compared to other professions such as a doctor, or a policeman, I feel that my work is quite easy indeed. Of course, I am not earning a lot right now, but I am pursuing something I love, and so the monetary aspect is not as relevant.”

It is impossible to overlook Guilherme’s positive energy and authenticity. He conceded that his dream would never have come true without the support from friends and family. “My family is very supportive of my work, and encourages me to choose my own path after graduating from university. Reassured by their support, I decided to take part in the [singing] contest  in Hong Kong as soon as I got my graduation certificate. Now that I have returned to Macao for my work, some people would come up to me and say encouraging things to me. These kind words mean a lot to me, and I think this must be the most rewarding thing for being an artist.” Guilherme also told us how Maria Cordero, who was on the adjudication panel, taught him the know-hows of performing onstage, as well as shared with him her life values.

Other than Maria Cordero, Guilherme also got to meet many other celebrities and entertainment practitioners. Nowadays, he tends to have at one or two assignments in Hong Kong each month. In his view, Hong Kong is a great place for learning opportunities, since the music industry there has a longstanding history, and as such he is able to learn a lot from the established practitioners there, who offer him generous advice. Currently, he does not feel the need to restrict himself to a particular music style or niche, his priority being to develop himself further in both Hong Kong and Macao, and to come up with his creative directions. “Sometimes, I think that there is no need to define a singer’s style, since he or she can offer a more refreshing take on music, with a broad range of styles,” Guilherme said.

When asked about his future prospects, Guilherme is contented with his achievements so far. For him, it is important to be receptive to challenges. “Even though I have gone to the gym all these years, my physique is still far from perfect. I want to stay on top form each time I go onstage, so as to satisfy my audience.” Nevertheless, Guilherme has a wish that remains unfulfilled. “I hope that there is more music coming from Macao that captures the local, and promote Macao to places like Hong Kong and beyond. Since I was born a Macanese, I feel a sense of responsibility to do that.”