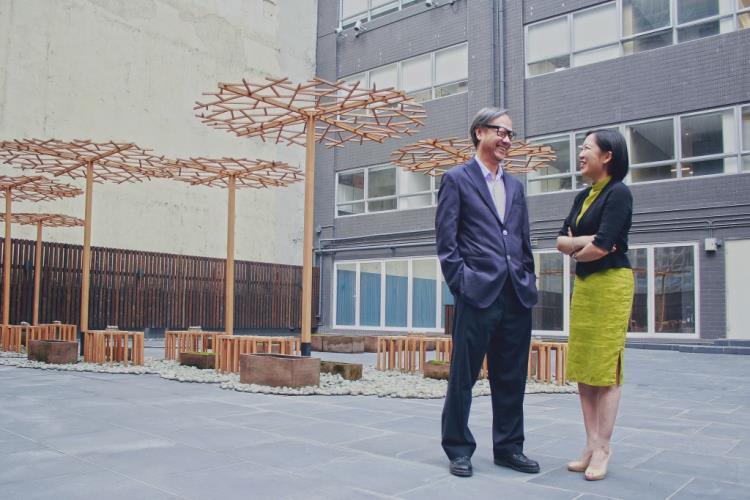 Photo courtesy of Around Chao

Sun Museum is also a promoter of local arts. Starting from this month, oil paintings by Hong Kong artists are in the limelight.  Photo courtesy of Around Chao

Chloe Suen, chair of Simon Suen Foundation, believes that running a museum is one of the most effective ways to promote Chinese culture to the public.   Photo courtesy of Around Chao 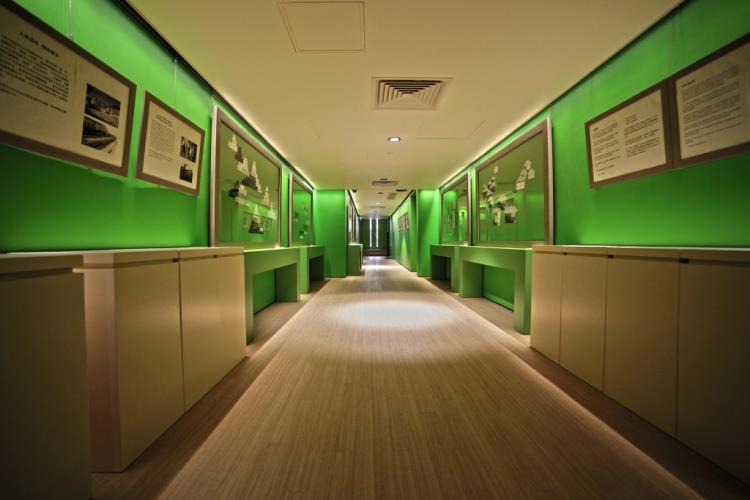 Yeung Chun Tong, museum director of Sun Museum, points out that a lot of top museums in the world are not at the “national treasure” level, but are smaller museums that have become famous because they are well run.   Photo courtesy of Around Chao

Photo courtesy of Around Chao

Sun Museum is also a promoter of local arts. Starting from this month, oil paintings by Hong Kong artists are in the limelight.  Photo courtesy of Around Chao

Chloe Suen, chair of Simon Suen Foundation, believes that running a museum is one of the most effective ways to promote Chinese culture to the public.   Photo courtesy of Around Chao

Yeung Chun Tong, museum director of Sun Museum, points out that a lot of top museums in the world are not at the “national treasure” level, but are smaller museums that have become famous because they are well run.   Photo courtesy of Around Chao

If a museum is successfully operated, it can lift the cultural quality of a city and also become a cultural landmark. In addition to government–and university–run museums, a host of privately-run museums have popped up in Hong Kong in recent years, including a new art museum that opened this year. Can this museum tucked away in a Kwun Tong industrial building, promoting Chinese arts and culture, bring a breath of fresh air to this “cultural desert”?

S: Sun Museum is run by Simon Suen Foundation. Out of all the kinds of projects it could support, why choose a museum?

C: A lot of businesspeople are engaged in charity in Hong Kong, but very few are active in the arts, so we decided to do it and raise Hong Kong people’s cultural awareness. The foundation was established in 2012, but prior to that we had already done about a decade’s worth of work promoting the arts in Hong Kong and mainland China, mostly in the realm of researching Chinese classics. We thought what we are doing was very valuable, but seemed a bit detached from reality for most people, so we wanted to find a different way to promote Chinese culture to the public. Since we already own the property, and as Mr. Yeung was coincidentally retiring from the University of Hong Kong’s art museum at the same time, we decided to come together and open a museum.

S: Sun is a small museum, and the location isn’t in the usual cultural areas of Hong Kong (Wanchai, Central, Tsim Sha Tsui), so how do you plan to attract visitors?

Y: We aren’t aspiring to operate a museum at the “national treasure” level. We have insufficient resources and standards right now, and we don’t have our own collections. But even at HKU I was always borrowing exhibits, as long as I had an idea in mind for an exhibition I would borrow and make use of existing resources. In fact, Sun and the HKU museums are similar; both are like Hong Kong diners, people who come don’t expect expensive seafood but they will get delicious egg tarts and milk tea, and the menu keeps on changing. The truth is, a lot of top museums in the world are not at the “national treasure” level, but are smaller museums that have become famous because they are well run. For example, the Mori Art Museum in Tokyo and Miho Museum in Shiga are examples of museums that have greatly raised Japan’s stature in the world of museums, becoming landmarks. So we cannot be too self-deprecating; any privately-run museum can aspire to become an internationally-known landmark.

S: Why do you think the Japanese museums are so successful?

Y: First, Japanese people believe that culture and arts are part of life, so they don’t need to really intentionally promote museums and people will go. They are also very orderly when they look at exhibits in museums and will stop to linger over pieces they are particularly interested in and no one will push them to move on. If something is worth admiring, it is worth spending the time on it. In terms of cultural preservation, Japan is without a doubt a powerhouse. Not only does it possess a wealth of exhibits, but its museums are also extremely well-designed; all doors in museums are automatic, so that old people don’t need to push doors, and because automatic doors are quiet and won’t disturb other museum-goers.

S: These two Japanese museums charge admission, but you don’t. Do you face financial pressures? How much does it cost to run a museum?

C: Sun Museum’s costs are borne by Simon Suen Foundation. It costs around HK$8 million a year, including the cost of buying exhibits. For the benefactor, the main operating pressure comes from the impact of the museum, for example visitor numbers. We operate a reservation system, and our goals right now are promotion and education, so we aren’t charging. Over a thousand people have visited since we opened and we are pleased about that.

Y: Performance is a widely-discussed topic in the realm of museum studies. The number of exhibits and visitor numbers are quantifiable, but they’re only for reference. For example, not many modes of transport reach the Miho Museum every day, meaning a maximum of only a few hundred people visit each day, even for such a famous museum. In terms of visitor numbers, it does not make the grade. But it’s still very famous, so we need to look at other measures of success, such as its educational value and reputation. If the museum can use its limited resources to successfully put on the best exhibitions, then it is a valuable museum.

S: The government is trying to develop the West Kowloon Cultural District, while you are in Kowloon East. What do you think is the future of this area?

Y: Actually we think the conditions are right. The government also has a plan to revitalise Kowloon East. The industrial warehouses nearby are attracting artists, designers, and lots of small restaurants and shops, which will all become part of the cultural fabric of Kowloon East. Sun Museum’s location in Kwun Tong complements the cultural and recreational development of the area. We can independently promote culture, and at the same time fit into the re-development plan of Kowloon East. I believe some day Kwun Tong will enjoy a facelift and become a brilliant artistic district.