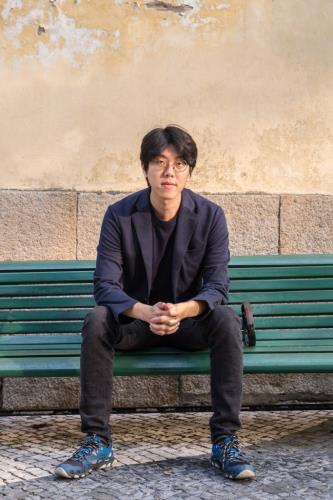 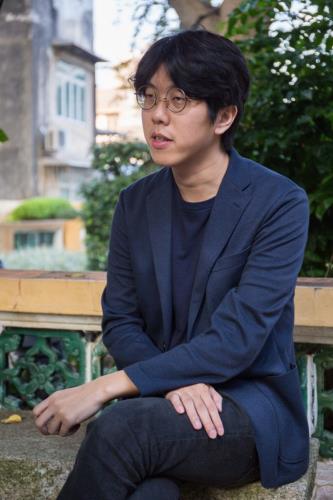 The up and coming director Hong Heng Fai was thrown under the spotlight when his short film Crash was nominated in multiple film festivals and won the “Best Feature Film” in the 16th South Taiwan Film Festival. Crash was also nominated in the “Best Live Action Short Film” category of the Taipei Golden Horse Film Festival, becoming the first Macao picture to be nominated for that award, thus attracting wide attention. Despite all these, Hong still keeps his simple and casual attitude, because he knows that going down a red carpet can be a really long way, and his journey has just begun.

Hong graduated from the Department of Advertising of Taiwan’s Shih Hsin University, and has worked in offices for several years. In the end, he has decided to return to the theatre, which he has been participating in since secondary school. “Nonetheless, even if the theatre starts doing the long-run series, what can be expressed is still limited. Only pictures can spread messages in a wider manner.”

Struggling between theatre plays and film creation, Hong thought he was caught between two stools and felt lost. Four years ago, he travelled to Europe and experienced a sudden realisation in midst of the local culture and lifestyle there, conceiving in him the idea of making films for his career. When he returned to Macao, he shot a series of short films such as Before Dawn and In Memory of Her to explore living states and what truth is.

“When you want to make a film, there will be a lot of people around you who are interested in every position. When I first started and did not know how to write a script, I found insightful people who knew how to write to do it together. I actually had many help from the theatre circle in the creation of Crash.”  The crew of Crash included people from the movie industry as well as the theatre industry. Cai, the leading character in the story, found out that his mother, who suffers from Alzheimer’s, has disappeared. He posted an appeal for help on Facebook, and attracted a large number of strangers to help him in the searching. Nonetheless, he got caught in the halo as the dutiful son in the virtual world and struggles to extricate himself.

The film carried a high sense of irony, but Hong did not intend to magnify social issues; it was only due to the fact that his daily thinking involves small details in life. He thinks that only by finding a mode of creation which he likes will he truly enjoy the process. Filming is not merely presenting texts on screen. The discussion process with screenwriters or actors will result in unexpected gains.

Short films are worth developing

Despite the fact that Hong has only shot four short films, he is ready to take the challenge in filming long movies of over 80 minutes, and is now brainstorming for the storyline. Hong does not agree to filming with his own money. He believes that it’s necessary to look for funding. Applying for subsidies is one of the means to finance the production. The Cultural Centre rolls out the “Local View Power” to publicly call for films every year, and he is one of the frequent participants.

Local subsidy plans are rather limited, but Hong thinks that they are very useful in easing financial pressure and administrative hassles and allow him to focus on his creation. “Subsidies are necessary, and its supporting measures are also important. The subsidy programme will review your proposal, seniors in the industry will guide your shooting, and there are judges to select winners. You can learn a lot of things that you need to know in shooting.” Hong added that the quotas are not enough, and many of his friends have failed their applications over the past years.

Hong watches a lot of local productions and supports new movies whenever they come out. He thinks Macao’s productions are diversified. The movies he watched in overseas film festivals were very realistic, while those in Macao are more creative, and can be seen as the characteristics of local production. “Compared with other places, we certainly have a lot of insufficiencies. I think we are still exploring.”

He pointed out that short films are worth developing. He used movie-playing platforms in the mainland as an example: “We always say we have to develop the movie industry, but short films are often easily neglected! Short films can also be an industry. This phenomenon has emerged in the mainland and overseas in recent years. Nowadays, people’s entertainment is no longer confined to units of two hours. Short films may exactly be the future trend in films.”

“Short film is a necessary stage before shooting long movies. Neglecting it will make you go slower in the future. Since the market here is insufficient and lacks commercial investment, we might as well focus on short films. They may be able to engage with more audiences through the Internet, and it is actually very suitable for Macao.

When Hong participated in Germany and Taiwan film festivals, the maturity there widened his horizons. “The entire events were truly centred with movies and showed respect to movies.” Asked about his thoughts on the International Film Festival and Awards‧Macao, Hong said: “I was wondering if film festivals are hooked with tourism?” He does not deny that the festival carries great significance for the local movie industry, but he emphasised that he does not want to take these thoughts as the conclusion. He said that audiences will have their answer.