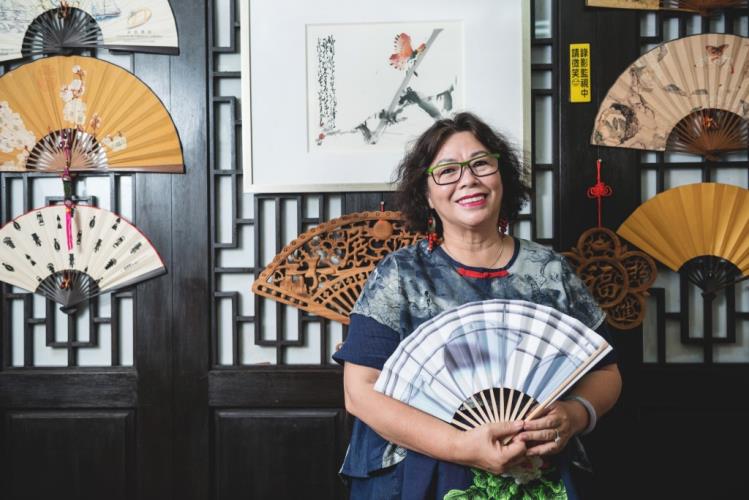 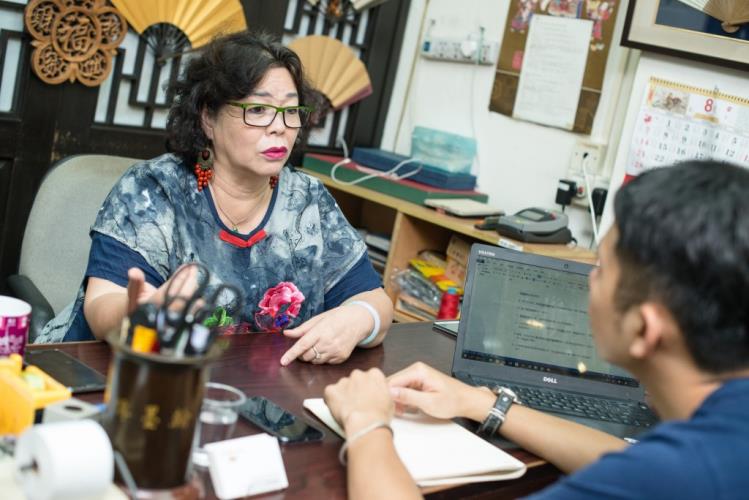 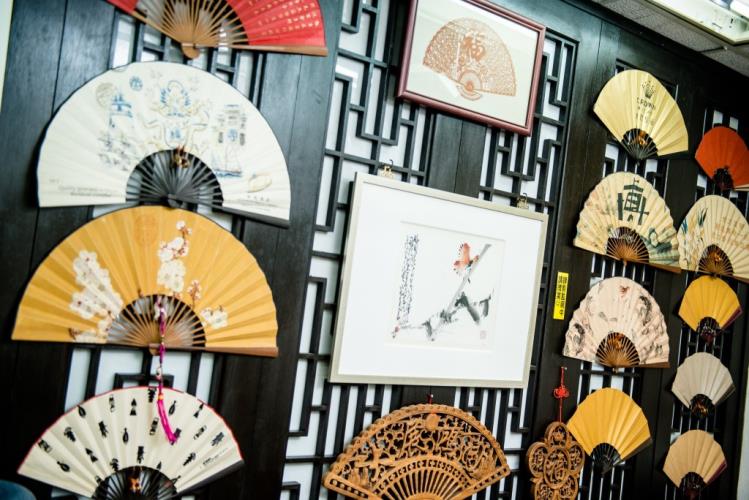 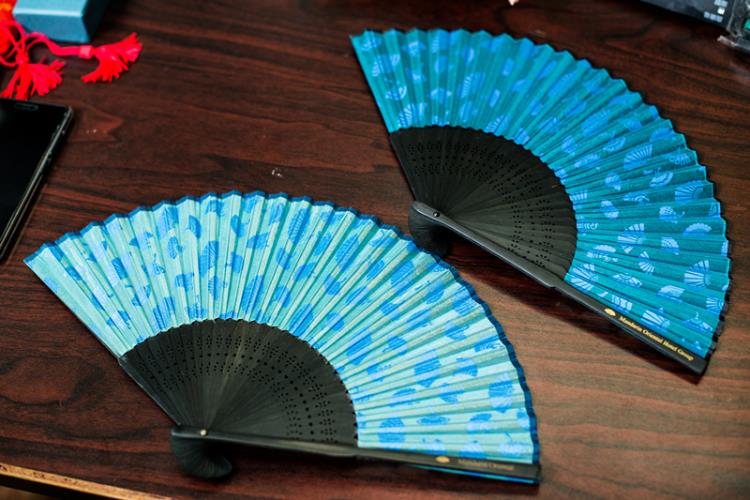 Back in the ancient days, talented scholars and advocates are always fiddling elegant fans in their hands when they are reciting poetry or brainstorming for ideas. The culture of fan has a long history among the Chinese community. Nowadays, mini-fans and air conditioners can be seen everywhere, and the fan-making art is seemingly declining. However, there are still people who are working in anonymity, and Macao’s Casa de Artesanato Nam Fan Lou is one of them. “The pace of urban life is rapid and very few people pay attention to arts that represent spiritual life, such as fans. But I still want to do it and inherit the traditional culture in it,” said person-in-charge Monita Chao.

Nam Fan Lou is situated at an inner street close to the Escola Secundária Luso-Chinesa de Luís Gonzaga Gomes by the Tap Seac Square. The store on the ground floor is used for retailing, while the second floor is used as a gallery of books, paintings and fans by famous artists. Despite its low flow of people, Nam Fan Lou is extremely well-known amongst the fan industry. “We opened in 2003. We are the only sizable fan store with handmade products, which are of higher quality and better value for money compared to those in the mainland. Therefore, many tourists come especially to check us out,” Chao said with a smile.

At present, 40% of Nam Fan Lou’s fans are handmade locally in Macao by veteran fan makers. The other 60% are manufactured in mainland factories. The original factory was located at Zhuhai, but due to increase of rent and salary, it was moved to Suzhou and Hangzhou where fans are produced in large amount. “We ran out of sorts. Production costs in Guangdong region are too high now, and there are not many fan lovers in Macao. If we want to continue operation, we need to think of something.”

There are many types of fans– those used by scholars, those used by imperial concubines and palace maids to cover their faces, those originated from Japan and Korea with exposed fan sticks, palm-leaf fans and black paper fans. Materials are even more fancy–ivory, sandalwood, tortoiseshell– you name it, they have it. The more complex the pattern on the fan stick, the easier it breaks during manufacturing. Factory production lines cannot manufacture something this fine– it requires craftsmanship. This is the reason Chao has insisted on hand-making a portion of her products locally. Nam Fan Lou joined the “Macao Cultural and Creative Map” and became one of the hotspots recommended by the government. Thus it has innovatively added “Macao elements” to its products, embroidering texts such as “Macao” to satisfy tourists.

Chao eventually stood up and started gesturing to the decorative fans behind her. “This one was custom-made for the government in 2014 as souvenir for other places. There are hand-painted prints on it, together with gold thread embroidering, silk screen printing and laser technology. The cost is very high– it costs more than $200. This on the other hand is a souvenir for Benz which they distributed at their exhibition, since westerners are extremely interested in Chinese arts. This here is ordered by Wynn Macao. They provided the print with their specific pattern on it, which we presented on the covering of the fan.”

At present, Nam Fan Lou’s revenue is mainly divided into two parts — retail and large-scale orders. Since 2004, it has mostly been used as souvenirs for large-scale events organised by the government or big brands. In good times, it receives orders every month. However, the number of orders decreased with the fall of gaming income. “Retail has been piecemeal. Most people only look at the fans at the cabinet because they think paying $50 to $60 for a fan is expensive and not worth it. However, insiders would know that we use top quality materials compared to the mainland.”

Chao said that the most memorable order was the first large-scale one more than ten years ago as the souvenir of the 2004 International Museum Day. Nam Fan Lou has just opened back then with a brand-new cabinet. The museum curator happened to have passed by the store and requested a quotation after a simple visit. It was not the cheapest among the quotations, but Nam Fan Lou emerged as the successful bidder. The curator explained that it was due to the quality of their products. Since then, Chao realised that setting a low price may be favourable for the store to seize the market in the short-term, but in the long run, it will be more favourable for its development if its quality stands out.

Into its 13th year, Nam Fan Lou’s business is fluctuating and unstable. Why does Chao insist on the fan-making art? “I think someone has to put themselves to fault in order for a traditional craft to pass along.” Nam Fan Lou is formerly an art supply store established by Chao and her friends in the 1980s — the famous Livraria Ngai Chi Hin. Back then, Chao has been studying traditional Chinese painting for years, and has struggled to find supplies. Thus she started running her own art supply store for the convenience of her creation, and at the same time served art talents. However, the number of art lovers in Macao is rather limited, and Ngai Chi Hin was closed in the early 1990s. “It was a shame. After that I went to work in Hong Kong, but I still loved Chinese arts. Fan and traditional Chinese paintings are originated from the same place, and a lot of experts’ fans featured paintings and calligraphy. In the end I came back to Macao to establish Nam Fan Lou by chance.”

When talking about history, Chao is always carrying a smile. However when we switch to the present, she couldn’t conceal her sighs. “The pace of urban life is rapid and very few people pay attention to crafts such as fan art. But I still want to do it and inherit the traditional culture in it.”