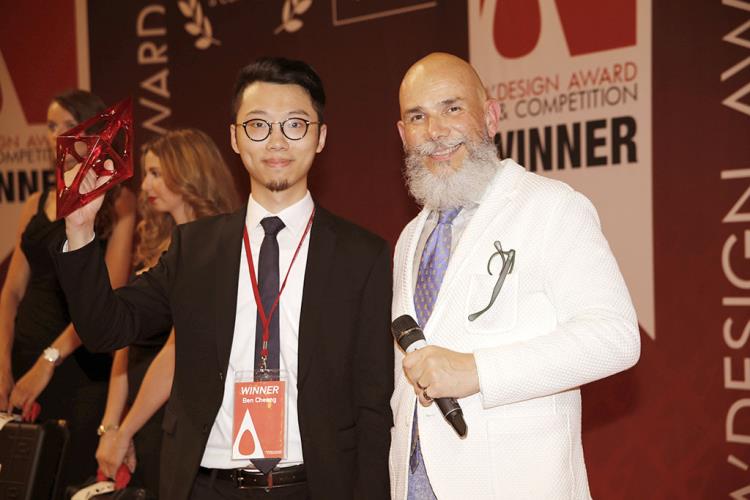 When talking about 3D multimedia production in Macao, people used to hold the view that the city is quite a blank space for it. But in recent years, we are witnessing a number of emerging production teams that bring fresh blood to the local industry. Cliffs Studio is one of the rising stars in Macao. Though recently founded, Cliffs Studio has already gained recognition in the industry. The studio’s award-winning production even went on screens in Italy. How did Cliffs Studio prove its strength to the industry? Today, Cliffs Studio’s founder, Ben Cheong, will be sharing with us the journey the studio has gone through.

Driven by interest, the studio was founded with a dream

As Cliffs Studio’s founder, Ben had some experience in media design when he was in secondary school. However, he realised that the multimedia production industry in Macao was still in its initial stage when he entered the workforce. There were not many job opportunities for multimedia workers. This situation reinforced his idea of kickstarting his own business. His idea was simple─if he could succeed in making his business work, he would be able to provide job opportunities for young local talents who are passionate for 3D multimedia production like him.

Cliffs Studio was founded in June 2015. “The term ‘Cliff’ does not just represent danger. It’s also a symbol of challenge,” Ben said, explaining the name of Cliffs Studio. “We are hoping that our productions can achieve breakthroughs and that we can constantly challenge our limits to become better and stronger.”

Products speak for the brand

Cliffs Studio’s strength lies in motion graphic animation. The design of the studio’s productions is bold and innovative, giving motion to static graphic design through 3D effect and amazing transitions. Such productions are great media to illustrate content vividly, which works really well for commercials and promotions. It is easier for videos with interesting visuals to attract the audience. However, every project requires tremendous efforts. From the script writing to considering the filming style and production technology, every project can generally take about one or two months to finish. Some productions might have scenes that require special effects that are more complicated to produce such as explosion, fire, water and motion effect. These could take half a year for simulation and rendering.

It took Cliffs Studio a very short time to gain recognition in the industry. The production team has already been involved in many major enterprises’ video productions, receiving awards from both home and abroad. A production from the studio receiving A’ Design Award & Competition award was exhibited in Italy for a month. “Clients are starting to pay attention to 3D design. But we are still a small team, so we don’t actively approach clients. We wish to build up our reputation with quality productions. This will allow us to get the attention and recognition of clients,” Ben said.

According to Ben, 3D media design is an industry that requires innovation and creativity. It is an industry that can boost digital marketing as well, he added. The visual design industry in Macao lags quite far behind neighbouring regions. At present, motion design is not very popular among local clients. Cliffs Studio is hoping to bring forth some changes. “It’s actually not easy for a small team to manage the daily operation. Firstly, we are a small team with little manpower. We only have two people working on designing,” Ben said. “This also shows the serious problem of lacking talents in 3D media production in Macao.”

“Since we lack both financing and personnel, we have to perform multiple functions. Sometimes we might not be able to maintain our operation well because we need to invest a lot of time in working out technical issues in our productions to ensure the quality. As a result, we don’t have time for market expansion. We only use social media for promotion,” Ben said. “And we also outsource graphic design so as to have more time working on the 3D effect. This costs money too besides the labour cost and rent.”

Staying true to oneself and valuing opportunities

When talking about the multimedia design industry in Macao, Ben believes that the development has been positive. “The industry is progressing as technology gets better. Motion design can cover more fields now,” he said. However, the industry is still a relatively new field, and therefore Ben wishes that more young people that like 3D multimedia design can join the industry. “We need to value every opportunity we have. In this industry, your works speak for yourself. We treat every commercial cooperation as a chance to create content,” Ben said. “3D production hasn’t entered the mainstream in Macao yet. We as professional industry workers need to pay close attention to our production to ensure quality. Only in this way can we gain recognition from more clients.”