The team is now seven years old and has produced many popular films.  Photo courtesy of interviewee 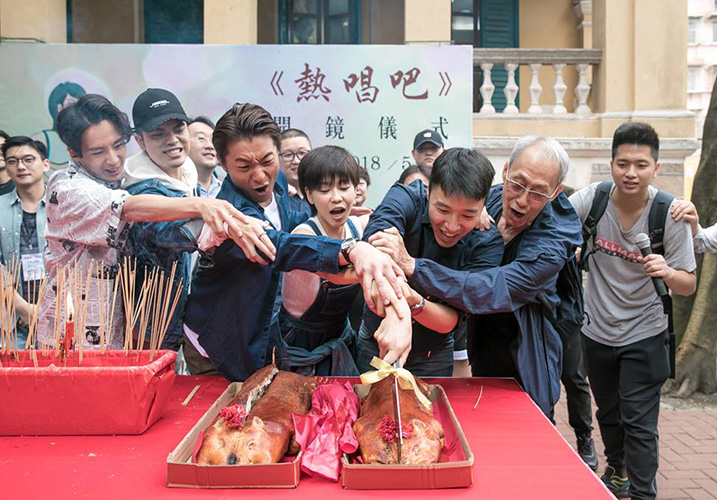 The team has completed the production of their first feature film project Singing Man, which is scheduled to screen at the year-end.  Photo courtesy of interviewee 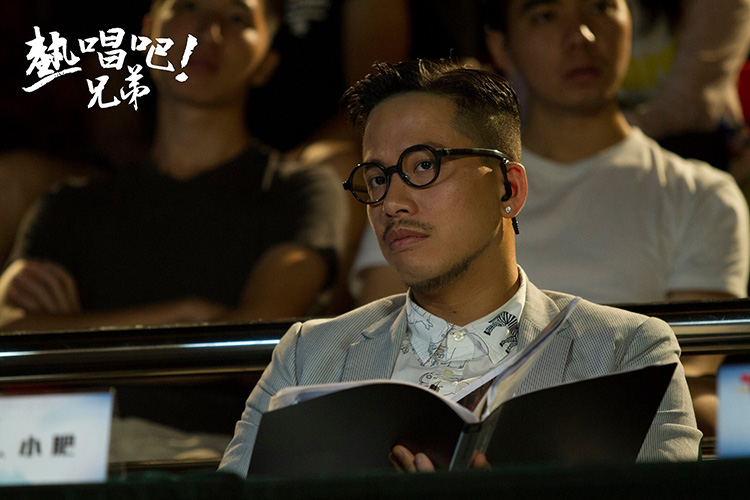 The team is now seven years old and has produced many popular films.  Photo courtesy of interviewee

The team has completed the production of their first feature film project Singing Man, which is scheduled to screen at the year-end.  Photo courtesy of interviewee

Nowadays, you can get into videography as long as you have a simple filming device like a smartphone or a camera. But working as a video content creator of a filmmaker is no easy journey. Local film-making company Free Dream Production Studio is founded by a group of young talents who have a great passion for films. Free Dream now makes both films and short videos of different kinds. But there are so much more that Free Dream wants to achieve.

The movie dream started with a smartphone

Kickstarted in 2012, Free Dream now makes promotion videos for commercials, advertisements, music videos and feature films. Two members of the Free Dream team, the video content director Keo Lou and the director of administration and planning Lei Ka Hon, already started to make videos using their smartphone and camera in high school. They named their startup “Free Dream” because they want to record their imagination and creative ideas freely. Lou is in charge of directing film projects while Lei is responsible for scriptwriting. Sam Choi, who joined the team back in college, now is the PR director at Free Dream, overseeing production projects and gathering funding and professional talents for the company. The three started to run Free Dream as an official business after graduating from college.

Initially, Free Dream didn’t have many resources. “Each of us contributed a couple thousand to Free Dream for buying equipment. We also had some basic equipment that we bought together back in college. We had a camera, a tripod, and Lou’s computer,” Lei recalled. “That was how we started.” What really helped Free Dream gain traction and get exposure to business opportunities was a micro film called The Lost Winner. “The Gaming Employees’ Home approached us for making a micro film about workers in the gaming industry. The final product, The Lost Winner, had its premiere at Galaxy UA,” Lou said. “A lot of representatives from the government and other organisations attended the premiere and watched the film. This gave us the opportunity to connect with government departments and civil societies who later became our clients. More people are approaching us for making micro films.”

The success of the Sketchy Relative series

The Sketchy Relative videos that have recently gone viral on the Internet are actually Free Dream’s production. The series has boasted great popularity in Macao for its humorous and relatable content. One of the short films, Macao Is No Better Than a Poor Village? attracted 250,000 views within a week, exceeding the team’s expectation on the video. “We are hoping to keep up our exposure to the audience before we roll out our next film. We want to reach more people,” Lei explained. “So we are making The Sketchy Relative video series, which covers topics like current affairs and social agenda in Macao. The audience likes it because the content is about local life and it is relatable.”

The popularity of their short videos also gets Free Dream sponsorship and product placement offers. But this hasn’t made The Sketchy Relative series profitable yet. “We are making some money from the product placement. But this cannot be our main source of income. The sponsors would usually provide us with the filming venues, props or cover the cost for hiring actors and actresses,” Lei explained. “But these can only cover the cost of the film project. Commercials and promotion video projects are our stable income source. That is why we are hoping film-making can become a reliable livelihood in the future. We want to be able to run a business by making films in Macao!” Lou added, “It is now increasingly difficult to penetrate the market with short films since you can find everything you want to watch online. So it doesn’t make sense to go all competitive. Short videos are for entertainment. Only films can convey deeper messages and spark inspiration.”

Free Dream’s first feature film project Singing Man will be participating in this year’s 2019 Guangdong-Hong Kong-Macao Greater Bay Area Film Production Investment and Trade Fair. Free Dream believes that the film industry in Macao is still in its initial stage and that investment conferences and film exhibitions can provide them with promotional opportunities to connect with investors. They could also be very good platforms to connect with filmmakers from other regions.

The government has been investing a lot of efforts in supporting the film industry. From Lou’s perspective, it is relatively easy to get funding from subsidy programmes such as the Support Programme for the Production of Feature Films in Macao. Besides getting the funding, he also believes that the government can do more in nurturing talents and attracting professionals from other regions. “When we need some people that are experienced, for example, executive producers, actors and technicians, we cannot really find them because Macao doesn’t have enough talents,” Lou said. There is also a lack of past local cases on how to distribute funding for low-budget films. There are very little examples of how much the production team should distribute to production, promotion and distribution. “If we could hire an experienced executive producer from Hong Kong to help us, we might be able to make use of our resources,” Lou explained.

Facing challenges in the market

Lou revealed that they have completed 90% of the project Singing Man and that they will subsequently release more official promotions. Free Dream has launched the film at the Shanghai International Film Festival earlier this year and will hold the official premiere at the Macau International Movie Festival at the year-end. According to Lou, this new film will directly face the market and face the challenges. “The goal here is to at least earn enough income to cover the cost or even achieve profitability. We have also considered making another film. After we figure out how we should operate we will be able to do better in business,” Lou concluded. He will also consider selling copyrights of his movies to online platforms to test the market.