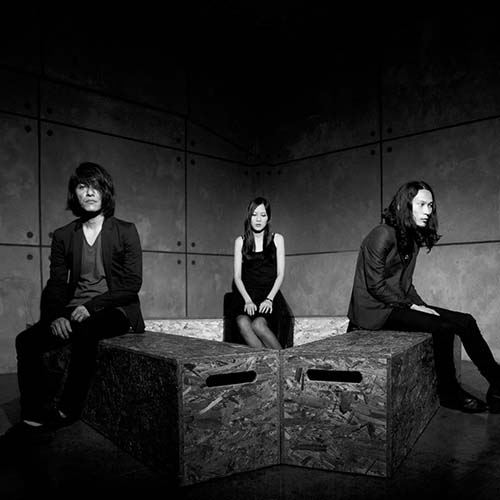 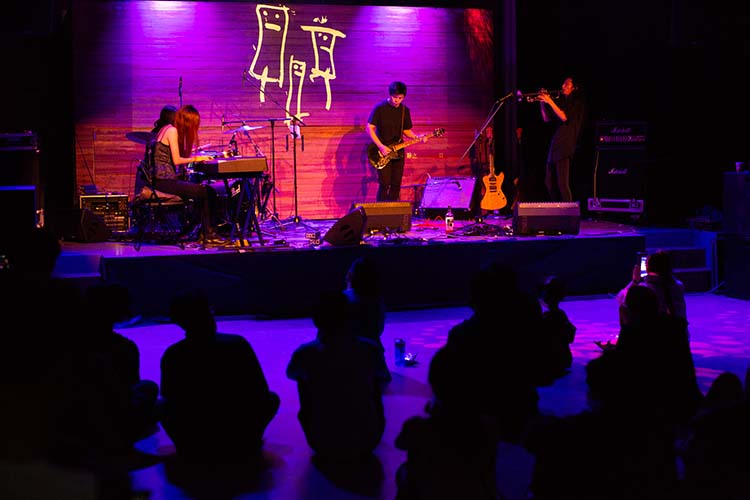 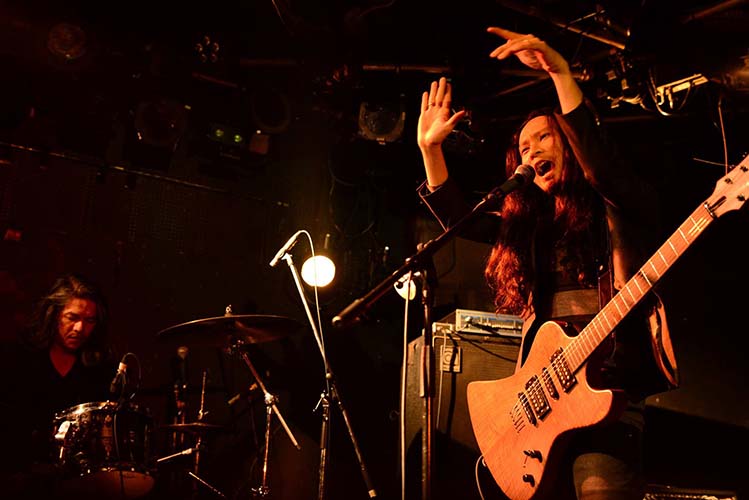 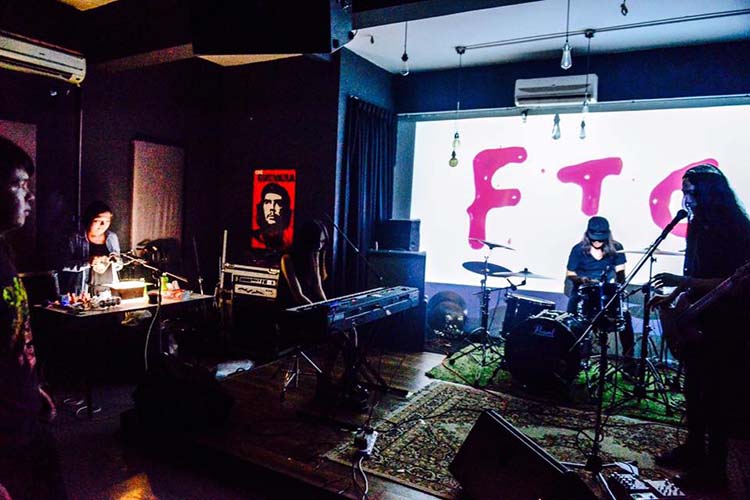 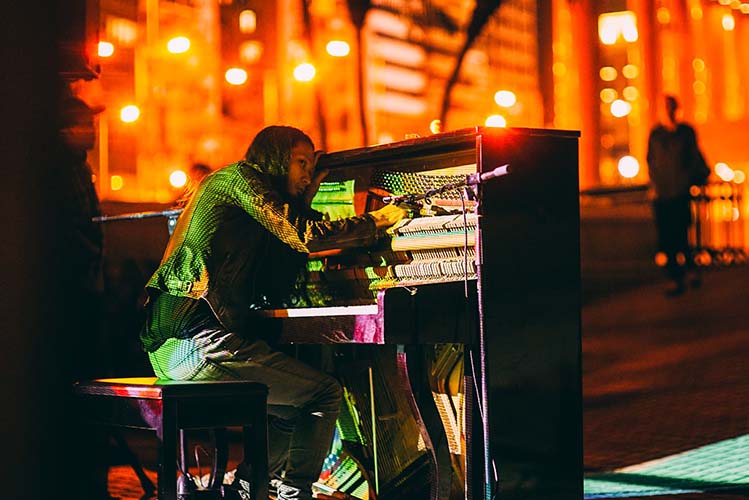 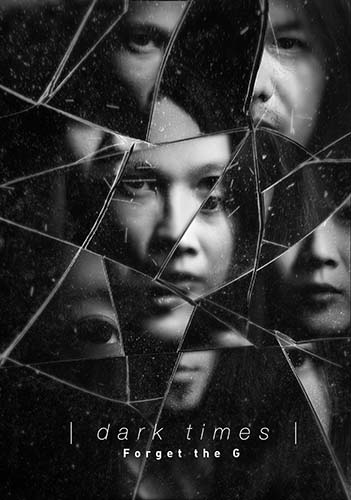 If you have lived in Macao for a certain period, you definitely had the opportunity to see one or two world-class music performances in the city since Macao positions itself as an international tourist city. However, when people are paying their attention to world-class performers, do they also get exposed to local artists? Local band Forget the G is one of the beneficiaries of the 1st Subsidy Programme for the Production of Original Song Albums launched by the Cultural Affairs Bureau. Started around 15 years ago, Forget the G breaks conventional rules when writing music and makes incredible music to impress their audience. Their dark metal music has branded them with a unique label!

Forming a unique music style instead of conforming to the mainstream

Forget the G was started by the band’s lead singer and guitarist Eric in 2005. In its 15 years of history, some old members had left and some new members had joined. At present, the band has Eric, the keyboard player Frog and drummer Fi. Now, this is the ninth year that they are performing as a band. According to Eric, during these nine years, they have never had major fallout with each other due to disagreements. “From 2005 to 2009, we were exploring what music we should make as a band. After band reorganisation in 2010, we have had better communication and cooperation with each other as Frog and Fi joined us,” Eric said. “I realised that the three of us actually boast more potential as a band than having a band with more people. We can have open conversations and really dive into music production. We are just like friends.”

Dark, weird, post-rock…these are the labels that Forget the G has. “Black metal might not be popular in the mainstream. We ourselves also do not like to conform to the mainstream,” Frog stated. “We want to find the music that would resonate with us. The music we make now all reflect how we feel.” According to Frog, they use black metal music to express their disappointment in the world, hoping that they can also bring some hope to their audience. This is the music that Forget the G wants to bring to the world.

Trying different options and going into other markets

Forget the G has produced several songs with distinctive features, rolled out a few digital and physical albums. The band has also been involved in theatre, music festivals, and regional tours as well. It is worth noting that the band now runs its own independent label Day’s Eye Records. “Initially, we started the label to publish and promote music from us. It allows us to get our music to online music platforms and to the shelves of CD shops in Macao, Hong Kong, Taiwan and mainland China,” Eric explained. “But later we started to sign young music artists in Macao, Hong Kong and Taiwan. The label has begun to nurture the artists we have and help them grow.”

Given the right opportunity, Forget the G will bring the label and its artists from Macao to other markets. “We tried to work with Taiwanese record label Black Market Music to help us publish and promote our music in Taiwan. We also worked together on agent business and live shows,” Eric said. “We had also worked with Lausanne Underground Film and Music Festival to organise Kill the Silence music festival and brought our artists to perform in Switzerland.” From Eric’s perspective, bringing Macao’s music to the world is the most direct way to let the world listen to Macao.

Breaking conventional rules in writing music to move the audience

Mixing black metal and experimental music elements, Forget the G breaks conventional song-writing rules to touch its audience. “Since 2011, we have been trying to use improvisation to make music instead of following conventional rules,” Frog explained. “Our band would get together at a venue and start making music together. We don’t need to speak a lot. We communicate through music. We improvise at the spot and write songs. That was how we made our second album. The quality of our final product exceeded our expectation. The latest album we rolled out this year in June, dark times, was also created through improvisation. The songs can allow the audience to have a glimpse of how we improvised and made music at LMA live house.”

“Our choice of instruments at theatre and art festival is also very bold and innovative, highly experimental,” Eric said with a confident smile. “That’s why a lot of band instrument lovers will pay close attention to our music and reference the instruments we use and the way we play them.”

Promotion is usually a big obstacle for emerging bands. In Eric’s opinion, the band needs to increase its exposure through constant touring. He believes that it is the most efficient way to gain exposure in the music scene even though touring will consume a lot of resources. “Since rolling out the first album, we have toured in mainland China, Hong Kong, Malaysia, Japan, etc. Although the expense is very high, we could attract a group of audience and fans in those local markets, and therefore increase our exposure,” Eric said. “Artists should have confidence in themselves and make constant contact with live houses in different cities to look for opportunities to perform.”

Despite the increasing popularity of digital music publishing, Frog stated that Forget the G will continue to release physical albums. “Physical albums still have undeniable value. If you only publish music online, your music can be removed from online platforms for various reasons. But physical albums will always be there. You can enjoy music on physical albums as long as you preserve them well,” Frog explained. “This shows their value.”