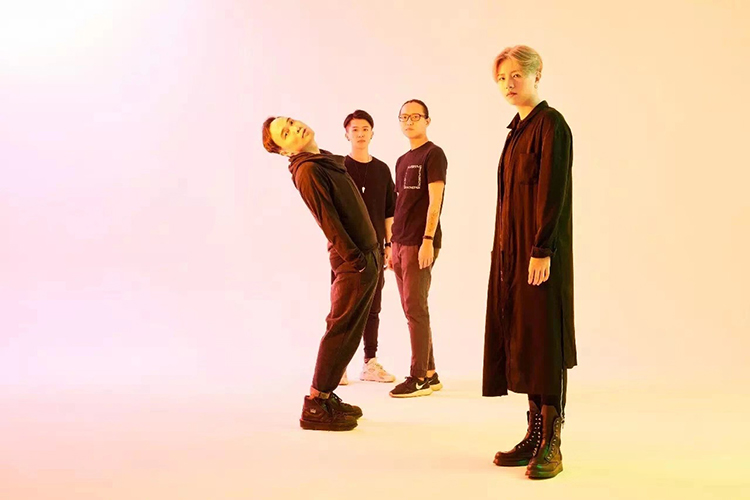 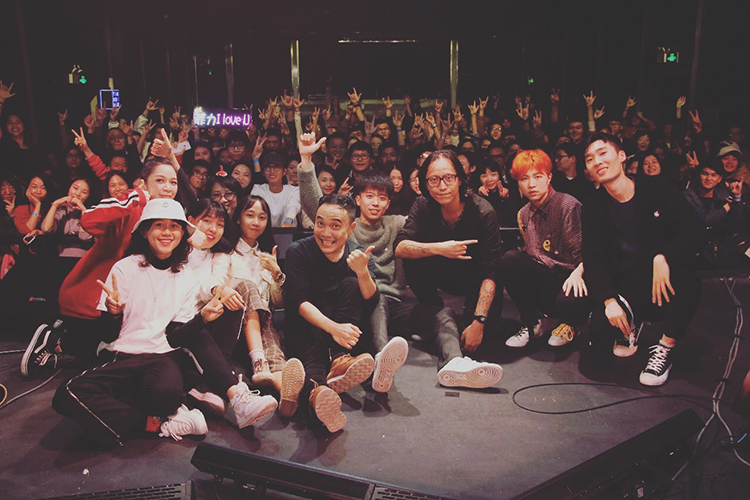 Gary Chen is a music artist from Guangzhou with several identities. He is a designer, a businessman running a furniture store, and also a music producer. Among all, he is most known for his contribution in organising hundreds of music shows and bringing major artists from both home and abroad to music events in mainland China. “I first got involved in organising music events when my own band failed to find any performing opportunity,” he explained. “So we decided to organise one with other bands. Gradually, some organisations started approaching us for our help.” It sounds like a natural process for Chen. But what exactly these organisations see in him? Simply put, they saw Chen’s passion and contribution.

“I am actually not good at singing”

Chen has always had a passion for painting and music ever since he was still a kid. After getting into Guangzhou Academy of Fine Arts for studying graphic design, Chen teamed up with his friends and started a band for playing music when they had the time. “I love painting. With some basic techniques, I can create some imaginative artworks. It is the same for playing music. The music note and the songs’ lyrics allow me to translate my imagination into something,” Chen said. “And songs can spread my content faster than paintings.” After graduating from college, Chen became a professional talent in design. But it didn’t stop him from working on making music in his spare time. In 2007, he officially kickstarted independent band Jiubuqian. Just like Chen said, making music is not an easy path. The band constantly saw old members leaving and new members joining as they essentially needed a livelihood. In 2009, the band changed its name to Monster KaR and started a new journey. Even though Chen still continues to make music, he hasn’t had the intention of making music his full-time career. “I don’t want to make it my full-time job. There were some labels that tried to sign our band. But I think if we said yes it would limit us in songwriting,” Chen said, recalling a comment he received from some seniors in the music industry. “They told me that I write good songs but then asked me if I could stop singing them. I know I don’t sing well. That’s why we now have a new lead singer. Then I can focus on writing music!”

Even though Chen has his own full-time job, he still has an immense passion for music. Before his band gained popularity and found performing opportunities, he had already started working with other bands and organised a large scale music show at a factory in Guangzhou. The show was a hit, both in terms of quality and commercial success. This is a perfect example of the idea that a diamond in the rough is still a diamond that shines nonetheless. Chen’s efforts in music gradually caught the attention of the music industry, which subsequently led to more opportunities to organise music events in mainland China. In 2009, Chen started to get involved in Music Lost & Found, a music festival backed by Nanfang Media Group, heading different artists to perform in metropolitans like Beijing, Shanghai, Xi’an, Chongqing, Chengdu, Shenzhen, Guangzhou, etc. Popular C-Pop artists such as Sandee Chan, Crowd Lu, Wang Feng and Khalil Fong had participated in his events. Music Lost & Found even won the Golden Melody Awards for Best Performance Management.

“At that time, we had to ask our connections to approach popular music artists for us so as to invite them to perform at our events. Simply put, you have to be very proactive!” After successfully inviting the artists, Chen would try to make every detail of the music event as perfect as possible. From the visual effect to the production of the performance stage and music, he would try to make all parts of the event perfect. “For artists who write their own songs, their main focus is not about making money, but to get more exposure for their music,” Chen pointed out. “After you have established your reputation and gained people’s trust, they would also recommend other artists to come and perform at your event.” As one of the main directors of Music Lost & Found, Chen was always travelling to different cities and provinces in the country for organising the event. Sometimes he would even forget where he was after waking up in the morning. “I would gradually realise my whereabout after breakfast,” he recalled.

Music Lost & Found came to an end in 2014 for a number of reasons. But Chen realised that there were still many artists who didn’t have the opportunity to get more exposure. Subsequently, Chen kickstarted Non-Stop Gigs, a company focusing on planning and promoting music and cultural events. Since its founding in 2015, Non-Stop Gigs has organised around 500 events of different scales in mainland China. Besides independent bands and music artists, the company had also attracted popular artists such as Sandee Chan and Cheer Chen to perform at their events.

In comparison with Music Lost & Found, Chen believes that Non-Stop Gigs has a more independent brand positioning as its production model differs greatly from the former. “Our company has a small core team of around five people. We only invite other companies’ filming team, stage production team and lighting team to collaborate with us when we are organising events,” Chen explained. “This model allows us to be in our best shape. In the past, we had to constantly organise events in order to maintain the cash flow to pay our employees given the bigger team size.”

A monster that cures people’s heart

Although Chen enjoyed planning and organising music events with his partners, he still likes making music better. “Being able to write songs that I like makes me feel happy and free,” he said. Chen has been in the music scene for more than ten years, his band also experienced major turning points such as changes of band members. Monster KaR had released three albums and several EPs. The band even got famous British music producer Frank Arkwright, who was involved in producing for famous bands such as Coldplay, to help produce their latest album. The band’s production and promotion capabilities continue to mature and become more professional over time. But the cute monster with a horn has always been the band’s symbol. The monster doesn’t look very pretty, but it does absorb people’s negative emotions, which is something Monster KaR hopes to do for their audience. The band wants to cure people’s heart with their music. “Our songs won’t make you feel super happy, but we are hoping that they will resonate with our audience and help them release negative emotions,” Chen told us, saying that they will start recording for their fourth album at year-end.

Four years ago, Chen posted an article titled “Monster KaR’s Music Record: A Composition of 20 Years’ Passion for Music” on social media to reflect his music journey. In fact, the word “passion” can also be used for summarising his life. Whether it is making music, creating graphic designs, or collecting and selling furniture made by famous designers, they all have something to do with Chen’s passion. “If you have a passion for the cultural and creative industry, or making arts, then you shouldn’t always think about the returns you can get from your work. You need to put your heart in it,” Chen concluded. “And of course, there would be ups and downs, but you should keep working on it. Then you will gradually build a life upon it.”