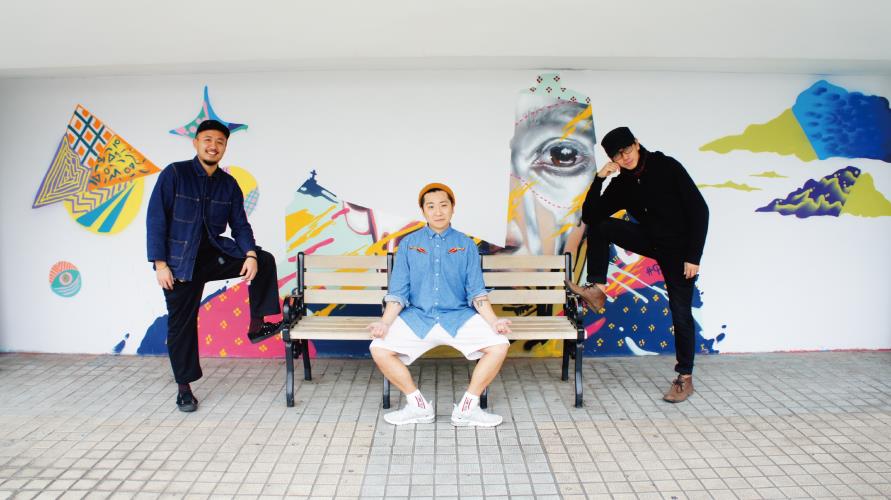 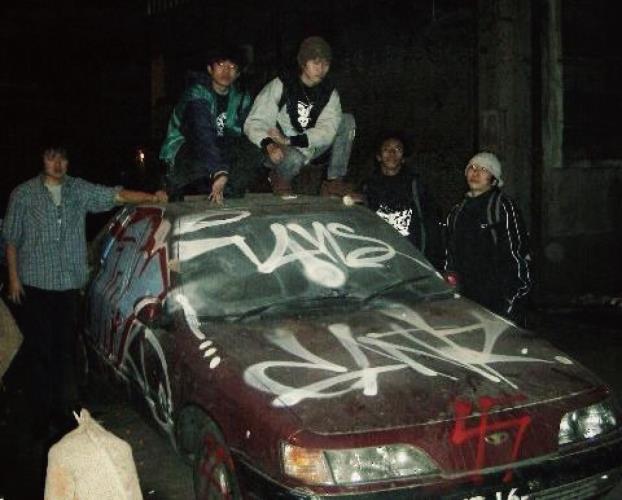 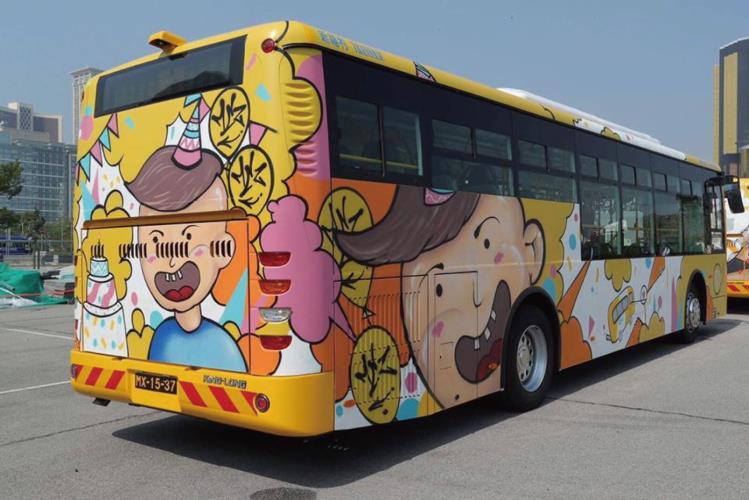 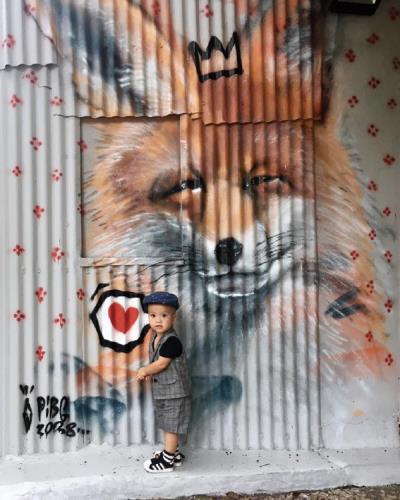 Street art, featured with their public display nature, colourful presentation, pop culture elements and their linkage to social issues, are always catching the eyes of the general audience. Their grass-root nature makes them popular among youngsters. As the city develops further, a group of graffiti lovers in Macao are working hard to build up a positive image for street arts to support the development of this art form, making graffiti no longer the “illegal” arts from rebellious artists that occupy private spaces, but an appreciated art form among brands that can be seen in art exhibitions and on commercial advertisements.

A lasting passion for graffiti

When talking about street arts in Macao, the name of GANTZ5 will no doubt pop up in people’s mind. Founded in 2004, GANTZ5 is a street art group of five, PIBG, IANS, MAN (now named as K3LL), TAMSL and MCZ, who have known each other since middle school.

The group’s goal is very simple, which is to provide a platform for people who share a passion for graffiti to get in touch with each other and produce graffiti works in Macao. To date, only three members remain in the group. Despite their friends’ departure, what remains unchanged for Pat (PIBG), Kelvin (K3LL) and Thomas (MCZ) for 14 years is the undying passion for graffiti and their goal of promoting local graffiti culture in Macao and increasing the recognition of graffiti of the residents.

Collaboration opportunities from the city’s development

The old Colégio Mateus Ricci, abandoned vehicles and deserted buildings, and the old military camp at Mong-Há were the places where they used to paint graffiti. “As Macao develops over time, many places where we used to paint graffiti had been torn down. But the emergence of bars, salons, and restaurants provides us with opportunities to establish collaboration with businesses on graffiti. We offer graffiti service and even participate in city projects like reinventing industrial factories. We also collaborate with big brands like Nike, Redbull, and Casetify, etc.,” Pat said, recalling the development of graffiti in Macao over the past decade.

Besides their growing connections and experience, participating in the government’s city art projects and exhibition tours also helps them gain exposure and build up reputation. This allows them to transform graffiti, which was considered as a subculture street art, to an art form that facilitates art environment in public spaces.

"In fact, there are a lot of people in Macao that are into graffiti, most of them are young people. But after they graduate from school and enter the workforce, they would gradually leave this circle. The development of the city also reduces the spaces available and the freedom for people to produce graffiti. So, not many people can stick to it,” Kelvin explained, saying that graffiti lacks the space and resources to grow just like other art forms in Macao. Because of that, GANTZ5 seizes every opportunity to participate in exchange activities and exhibition events in other cities. The group also organizes exhibitions in Macao and actively sets up pop-up stores to garner public attention. Besides producing new graffiti works, GANTZ5 would organize workshops for people interested in graffiti, in the hope of generating new blood for the graffiti field in Macao.

What really impresses GANTZ5 has been the Honghu area in Shenzhen, a sacred place for graffiti artists and lovers in the Pearl River Delta region. “There is a drain passage with wall that is five to six metres high and it took us eight minutes to really walk through it. On the wall, there are graffiti works produced by artists from all over the world. We saw incredible artworks from famous writers from other countries. It was just overwhelming for us to see their styles, their techniques, as well as details of their production,” GANTZ5 recalled. The group’s shared dedication to graffiti and their persistence had empowered them to start their own company professional in producing graffiti in Macao.

Respect, crucial to the development of art and culture

Melbourne used to have two streets famous for graffiti, Union Lane and Hosier Lane. Whether it’s the metal gates, the windows, billboards, and even the trash bins on both sides of the streets had been the canvas for local graffiti artists there. When talking about this sacred place of graffiti, Pat said that he’s hoping such degree of freedom for street arts can also thrive in Macao. “In the past, lots of people perceive graffiti as obscene, violent and rude. I used to ask people with such stereotyping ideas exactly where and when they saw such graffiti the last time, and none of them was able to give me an answer. So, in order to change people’s mindset, we offer graffiti classes during summer vacation and cooperate with education centres in organising workshops and classes on graffiti. We want people to reconsider the artistic value of graffiti and learn to appreciate them,” he said.

In Pat’s opinion, when a hobby becomes one’s profession out of persistence, a sense of duty will be naturally developed. The truth is, the development of this art form does not require direct participation of everyone. What is highly encouraged is that such persistence for art should be admired and respected. And this is what every Macao people can do to support the art and culture development in Macao.

The making of Macao’s signature event—Parade through Macao, Latin City