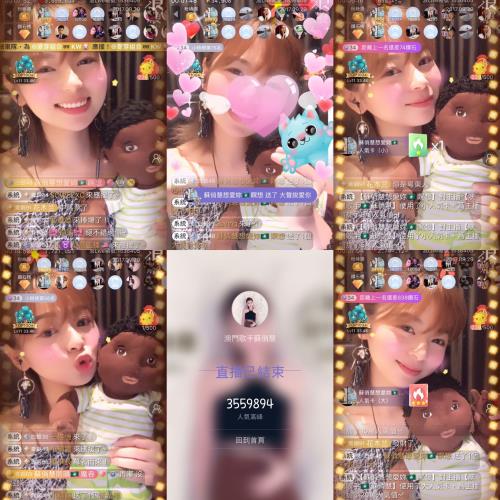 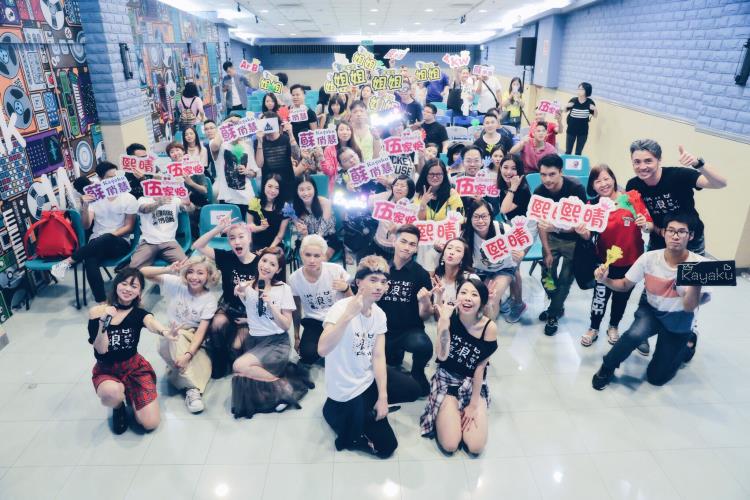 Expanding into Macao, the first contact with live streaming industry

In the “network boundaries free” time, a smart phone on hand may become a career for everyone, which could even boost the development of economy. Speaking of the hottest area in network, it undoubtedly belongs to live streaming. In the past, live streaming referred to the breaking news and events showing on TV. But with the popularity of Internet, and forthwith the fever of live streaming, different contents appeared in the live streaming like chatting, playing games, talent show, stomach king eating show, etc. These funny contents amused a lot of people. Such combination of Internet and entertainment is changing the traditional entertainment industry.

This rising media culture is considered as an unlimited potential industry. Macao dancer and singer-songwriter Kayaku grabbed such opportunity to introduce a Taiwan popular live streaming platform “Lang Live” into Macao. She not only became the most representative Macao network anchor of the platform but also led other local artists to a brand new developing road.

There are numerous live streaming platforms, some of which contained obscene contents. Kayaku thought it over before introducing the live streaming platform, she thought: “The platform must have a fresh live streaming environment and concentrate on talent show, which enables the users from different places could be attentive to the artists from Macao, even to those talented amateurs.” After observation, Kayaku considered “Lang Live” was suitable for the first live streaming. In only half of a year by now, with gentle smile and touching voice, her popularity has constantly risen. As a result, she always shows at the top position, bringing her tens of thousands of extra income every month.

Previously, more than a hundred supporters came to Macao to join Kayaku’s fan meeting, which made her overjoyed. Meanwhile, she thought that it was a suitable time to call up more local artists to join in the live streaming as it can bring more opportunities for them to develop and broaden their traditional horizons. What’s more, the opportunities to exposure and interact with the public will be increased as well as the rewards. Kayaku now became the agent of Macao district, which attracted culture workers from different areas to join, like Cherry Ng, the professional master of ceremony, popular YouTuber DADA, Macao painter YCC, female singer Hedy Fong, Macao lounge singers Bobo and Ar B, etc.

The joy and grief behind

“In the past, audiences always received the messages passively. The biggest advantage of live streaming is interaction. Fans are always looking forward to communicate with the one they like or admire. In this way, fans and I will gradually build a sense of understanding and intimacy.” Different from traditional entertainment business, the reactions of fans from the live streaming platform were direct. If they love the live streaming, they will send gifts to show their supports. In Kayaku’s opinion, when getting a positive response, anchors will be inspired which leads them to pay more attention to the contents of live streaming. “People pursuing acting career wish to be appreciated by the audiences. If they take the origin path to pursue such career in Macao, it may cost a long time to get attention. Then whether the enthusiasm of the artists would gradually decrease? This is a problem needed to be considered.”

Live streaming may become a new way out for local artists

Compared to neighbouring districts, local artists lack a comprehensive platform to develop. If we want more local creation to be known by the world, live streaming would be an effective way to achieve it. Thus, Kayaku actively promoted “Lang Live” and wished more anchors to join. She emphasised the importance of mentality to develop in this industry: “In the very beginning, there may be no much echoes. But we should look a little bit further and abandon the short views. We should believe that hard work always pays off.” With the development of live streaming platform, which has great potential and provides opportunities for amateurs to show their talent, dreams coming true seems not that hard comparing to the old days.