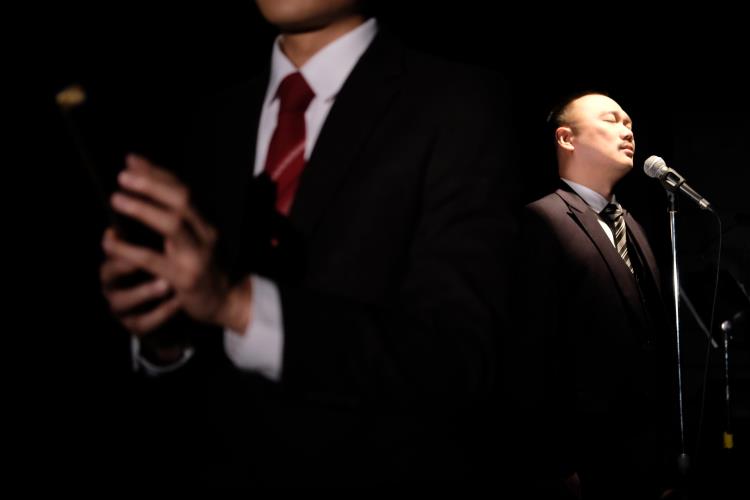 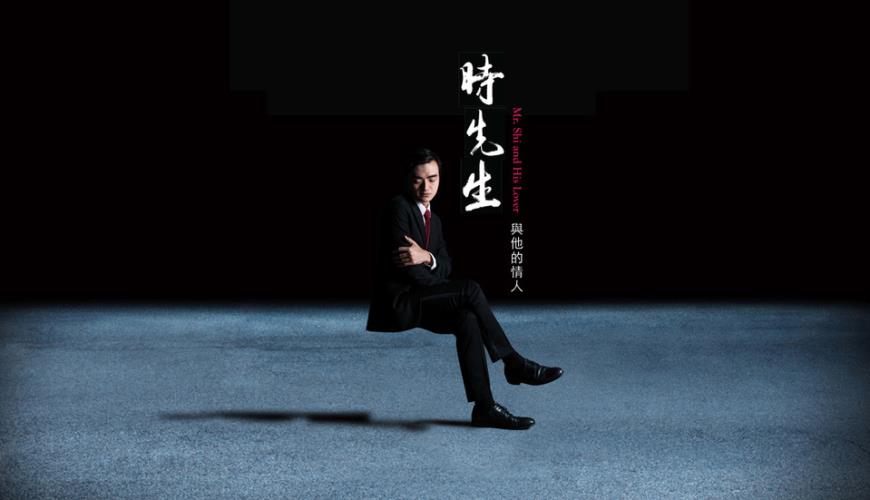 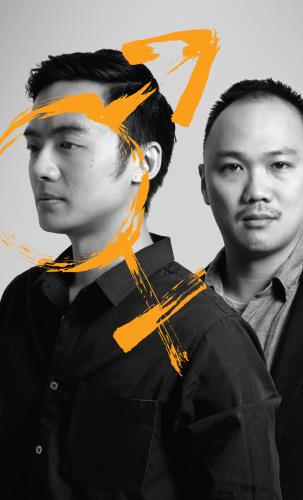 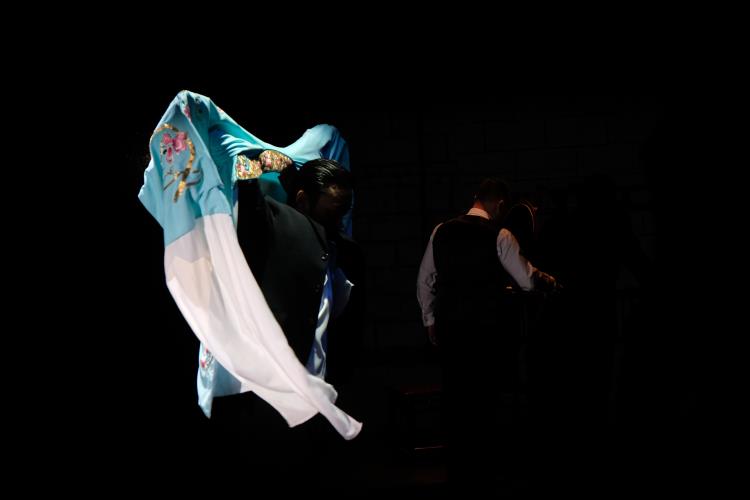 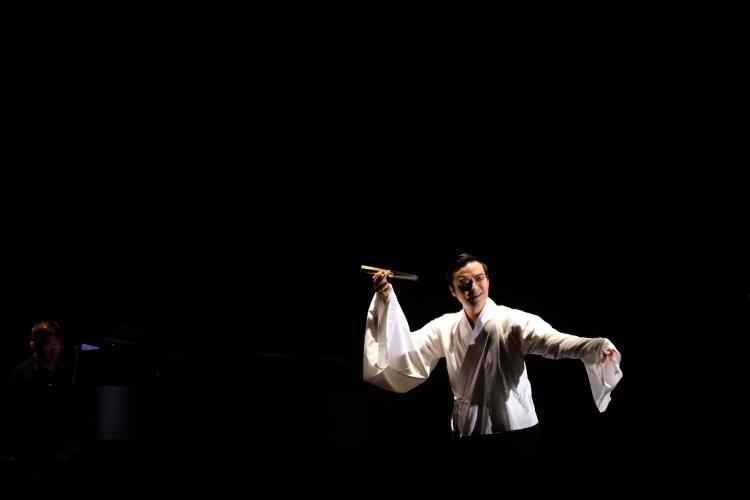 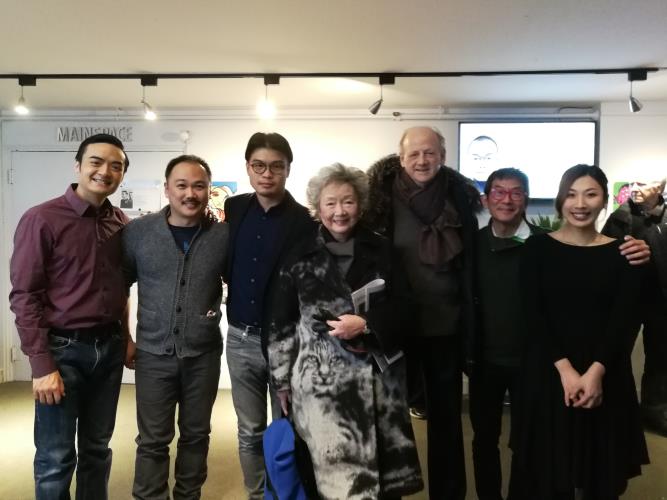 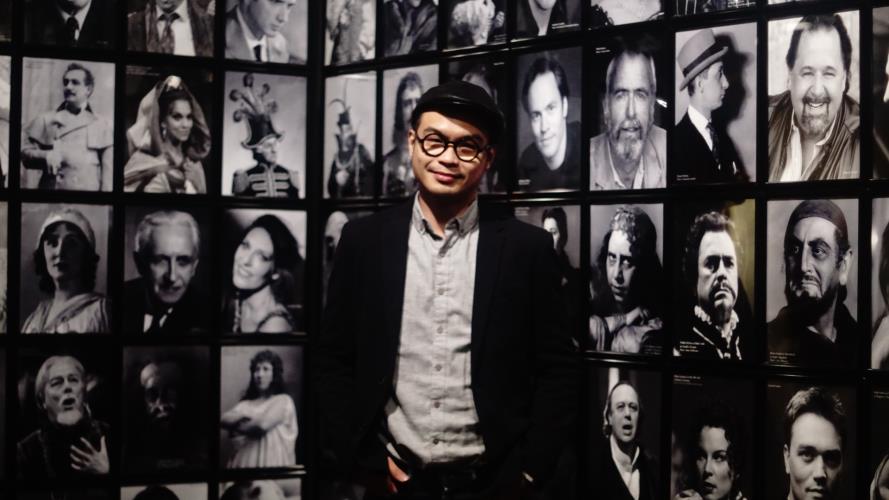 Musical theatre Mr. Shi and His Lover, co-produced by the Macao Experimental Theatre, the Point View Art Association and the Toronto Music Picnic, carried out its official tour in Toronto and Ottawa in Canada from November 2017 to January 2018. Mr. Shi and His Lover is credited by the Canadian news agency The Globe and Mail as a top ten theatre production of the year in 2017. The play’s director, Johnny Tam Chi Chun, was the person behind the curtains that brought this spy-themed play composed of political conspiracies and romance fusing with Western and Chinese cultures out of Macao and led it to overseas market. This is the first time a musical theatre produced by local production team in Macao received such tremendous success in the overseas market.

A musical theatre innovation that combines musical and opera

Mr. Shi and His Lover, adapted from Madama Butterfly, quickly garnered great attention from the market after rolling out on the international stage. The production team tells the same story from very different perspectives, making the play more thrilling and mysterious. The storyline involves many controversial elements of the society, such as homosexuality, religious beliefs, ethnic identity, etc. As the artistic director of the Macao Experimental Theatre and the director of the play, Johnny has rich experience as a theatre and drama director and in theatre and drama productions. He recalled, “The actors would need to speak in Mandarin since the story is set in Beijing. We even added Beijing opera into the play. Therefore, we need to learn about the art of Beijing opera and Beijing accent during the production process. The team went to Beijing to study for half a month, which took the production quality to a higher level.”

The final production from the team is considered as a new form of musical theatre by international critics, as the play pioneered the traditional performance form. “Mr. Shi and His Lover is a production that combines musical and opera. It’s something in between. It doesn’t tell the story in linear way as traditional musicals do, and it doesn’t centre on classical music like traditional operas do either,” Johnny explained.

An independent hit from Macao

From Johnny’s perspective, there are generally two ways for local productions in Macao to enter overseas markets. The first way is selling the production. For instance, in early 2017, the production team of Mr. Shi and His Lover did a show in an art trade market in Yokohama, Japan, targeting producers and art directors from different countries, so as to find the right buyer.

Another channel for the productions to enter overseas market is participating in drama festivals in different places, which is a great opportunity for the performers to interact and communicate with the audience while expanding the production’s reputation. The production team of Mr. Shi and His Lover, for example, has attended international drama festivals both in Shanghai and Canada. During the exhibition tour in Canada, Mr. Shi and His Lover won huge success among local theatres in Canada, becoming the very first independent musical play from Macao that was able to have consecutive shows in an overseas market. Johnny is even making tour plans for the musical play in the European and American markets.

The industrialisation of Macao’s theatre and drama sector

When a production is entering the industrialisation process, it can in fact stimulate the development of related industries and form a relatively stable business model. Macao Experimental Theatre is currently working closely with independent production teams in Macao. “At present, the theatre company is focusing on the production and performance. The production team on the other hand produces music, lighting effect and even marketing service for the team, contributing to the development of local production teams in Macao. We want to combine our strengths together and help each other out,” Johnny said. In the future, the theatre company would actively seek for more partners from all chains in the industry to achieve collaborative development in the theatre and drama industry.

Johnny believes that stable show opportunities are crucial to the development of the industrialisation of the theatre and drama industry. Up till now, the theatre company of Mr. Shi and His Lover has signed regular seasonal show contract with the theatres in Canada, which have agreed to pay for all the expenses for the company during the contracted show period. This is a sign of industrialisation in the theatre industry.

In fact, there are quite a few quality productions in the theatre and drama market in Macao, but they attract little attention from the public. From Johnny’s view, every region has its unique industry ecosystem, and that advantages also come with limitations. “Most theatres and dramas produced in Macao are small-scale productions. We have limited resources and production capacity. This makes how to produce plays that are small but powerful a worth-noting question for the theatre and drama market in Macao,” Johnny concluded.

Johnny also noticed that many local film directors have emerged in the film market recently, with their outstanding works harvesting awards in different film festivals and exhibitions, finding their own market and audience. Johnny holds similar vision for the theatre and drama industry in Macao. He said, “I am hoping that theatre and drama producers would express their thoughts and feelings on their everyday life, art and the city they live in, while taking an active role in participating in shows and exhibitions all around the world. I wish they would present their great works on the international stage and let the world see our unique culture.”