Recipient of Macao Literary Prize and Macao Novel Prize, Joe Tang is a writer and cultural commentator, and has published novels, including The Floating City, Assassin, and The Lost Spirit. The latter two titles were translated into English and Portuguese. Joe’s portfolio also includes commentaries on art and plays. They include Words from Thoughts, Philosopher’s Stone, Journey to the West, Rock Lion, Magical Monkey and The Empress and the Legendary Heroes. 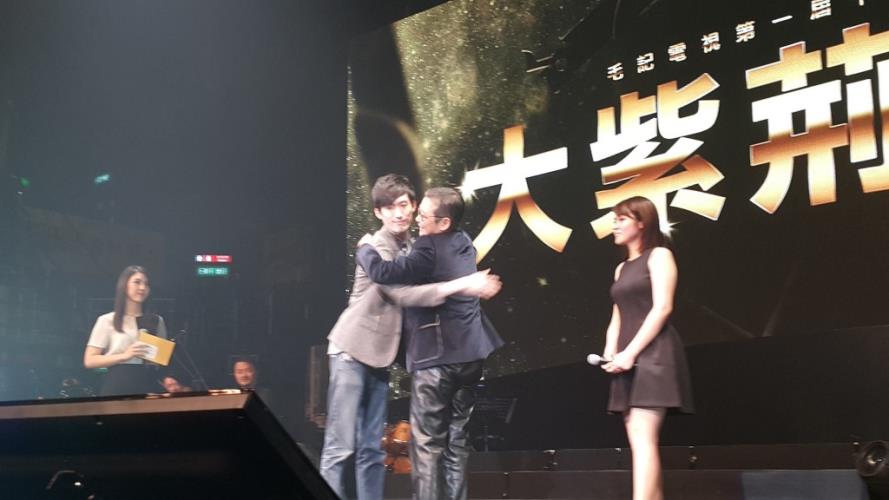 Photo courtesy of 100Most

At the beginning of this year, TVMost, a Hong Kong online media, launched its 1st Guy Ten Big Ging Cook Gum Cook Awards Distribution, and it was a real blast. The show is an obvious satirical take on TVB’s Jade Solid Gold Best Ten Music Awards Presentation. Not only is the production of high-quality, the show is also overflowing with creativity, and hence attracted thousands of netizens to watch the live broadcast or webcast. A number of cultural commentators and scholars have written articles about it. The show is not only an important event in the cultural sector, it has already become a cultural phenomenon.

In fact, similar programmes can also be found in the mainland. In 2009, a group of jingpiao (literally floating people in Beijing; the word refers to people from the outside seeking opportunities in Beijing) held an unprecedented event, “Shanzhai Chunwan”, which name is a play on CCTV’s Spring Festival Gala, commonly abbreviated in Chinese as Chunwan. First broadcast in 1983, Chunwan has possibly become the world’s longest-running and the most-watched entertainment show, with the biggest ensemble cast. It used to be a must-watch show during Chinese New Year’s Eve for every Chinese family in the mainland, and anyone who got a chance to perform in the show, it’s a guarantee that he or she would shoot to stardom overnight. Songs and programmes played in the show would soon gain popularity all over the country. Therefore, for many years, the lowdown of the show and who’s going to appear in the show had become hottest talking points in the country.

Chunwan is an important and popular show, but at the same time it has become too predictable, thanks to its too-familiar formula of song and dance routines. In recent years, Chunwan has become one of the most hated shows in the mainland and its viewer numbers have dropped accordingly. Against the backdrop of this, the “Shanzhai Chunwan” held by a group of jingpiao has naturally stolen the limelight. According to the organisers’ initial ideas, “Shanzhai Chunwan” would air simultaneously with the CCTV’s Spring Festival Gala, and the target audiences are the working class, especially migrant workers and college students who were not able to go back home during the Chinese New Year. More importantly, the show uses “popular election” to design its programmes. Anyone who wants to be part of the programme is eligible to apply for it. Southern Weekly, a mainland newspaper, published a series of articles to discuss and document the intriguing development of “Shanzhai Chunwan”. Get a copy of the newspaper and you will find out the details.

My point is, both “Shanzhai Chunwan” and the Guy Ten Big Ging Cook Gum Cook Awards Distribution point to one important thing that no one in the creative industry should ignore – the catfish effect. It is said that fishermen in Norway would put one catfish in the tank so as to increase the level of activity to keep the sardines active instead of becoming sedentary. By doing so the chance of survival of the sardines during the long-distance transport would be higher.

Perhaps “destructive construction” is the modus operandi that suits the creative industry the best. As the society, economy and technology evolve from time to time, both the creatives and the management have to be innovative and proactive to response to changes. However, laziness is an inborn instinct. Once a company has got certain reputation and communication channels, it’s not easy to drive away from such “model of success”. Instead, the formula is copied again and again, and eventually becomes so out-of-touch. In fact, we shouldn’t feel reluctant to spot catfish. Nor should we try to stay away from them. We should be happy that such “troublemakers” are there to challenge the status quo, and they are like a mirror, reflecting what is missing and substandard in reality.

A magician of nature

Creating movies based on literature

BOK: more than just an incubator