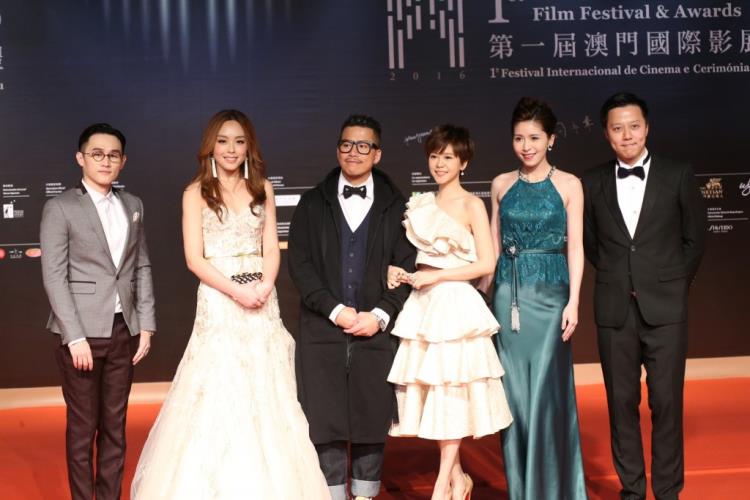 CRASH was shortlisted in the Best Live Action Short Film Award in the Golden Horse Awards in Taiwan, but finally it failed to secure the award. However, it is still a confidence booster to the film industry in Macao. At the beginning of 2017, let’s take a look of what has Macao gone through: In 2007, the Cultural Centre managed by IACM began to promote documentaries and short films; in 2013, the Cultural Affairs Bureau began to run the Support Programme for the Production of Feature Films; in 2014, Macau University of Science and Technology founded the Macau Academy of Cinematic Arts and in 2016, the first PhD of Management in Film Industry was launched; in 2015, the Cultural Affairs Bureau undertook the “Survey on Film and Its Related Industries”, with the aim of setting up guidelines for the film industry; in recent years, the Cultural Affairs Bureau has held film investment and trade fair and streamlined the procedure for film productions; in 2016, the Macao Government Tourism Office launched the IFFAM, meaning that films have become a theme of the city’s festive events. Moreover, Macao has also participated in Hong Kong International Film Festival and set up a booth in Le Marché du Film – Festival de Cannes. All these indicate that the film industry in Macao is more organised than before. It is now more structural and starts to know which way it should go.

In the past, the Cultural Centre was managed by IACM and it was responsible for promoting short films while the Cultural Affairs Bureau launched the Support Programme for the Production of Feature Films. This was to allow filmmakers who specialised in short films can further their career by involving in the production of feature films. Now, the Cultural Centre is under the management of the Cultural Affairs Bureau. It is hoped that the connection between short films and feature films, as well as the development of both, can get better resources and management. This creates a clearer career path for creative practitioners, and this is also the model that a lot of countries have adopted. For instances, Germany has produced thousands of short films yearly. Many of the short film directors, actors and technical workers are invited to work in the sphere of feature films. The most difficult part in producing feature films is financing. The PhD of Management in Film Industry run by Macau University of Science and Technology is able to groom talents in this respect. The PhD programme covers marketing, financing, management of human resources and film investment. On the other hand, the Guangdong-Hong Kong-Macao Film Production Investment and Trade Fair aims to explore more new financing opportunities as the Pearl River Delta integrates and introduce Macao films to the market in Guangdong province. After all, Guangdong is one of the provinces in the Mainland that boasts a lot of audiences. By introducing local films to Guangdong, artists in Macao will have more opportunities to advance their careers. Even though Macao at the moment do not have a large quantities of films that can be sold to Guangdong, the investment and trade fair allows local filmmakers to participate and understand the details of financing. The training workshops run by the Golden Horse Film Project Promotion can also be a good reference too. Veteran filmmakers are invited to give comments to the proposals, which allows creative practitioners more time to prepare before the presentation and they can also learn how to market their own works.

The “Survey on Film and Its Related Industries” is neither as eye-catching as the red carpet in a film festival nor as heart-warming as the acceptance speech, but it is important to set guidelines for the film industry, defining and constructing the scope of the industry and the operation and cycle of the value chain during the process of inception, production, communication and presentation. The guidelines will become objective and solid grounds for creative practitioners, researchers and policy makers to steadily and sustainably develop the local film industry. To make the survey truly useful to the film industry, the accuracy of data collection and the transparency of information are paramount. For instances, Taiwan passed the “Film Amendment Bill” in June 2015. It stipulates that film practitioners have to establish computerised box office systems. The complete, accurate and transparent box office data will be very useful to Taiwan’s film production companies, marketing agencies and investors to understand more what is happening in the market.

The role of the filmmaker is the most eye-catching role in the film industry. But it’s not going to work if the industry only puts focus in grooming film directors and ignore other personnel. This cannot be called an industry at all. What creative practitioners need is a diversified, steady and healthy industry, and this will be the perfect platform for them to show their talent.

Changing a city through culture

Crossover of wind music and other art forms