A full time researcher in university and an amateur art commentator, Cheong obtained his master’s degree in Public Policy at Willy Brandt School of Public Policy at the University of Erfurt and is formerly a clarinettist of the Erfurt Philharmonic Orchestra in Germany. He loves classical music and now serves as conductor of the orchestra in Escola Choi Nong Chi Tai, by which he can connect art to everyday life. Cheong is also a book lover. 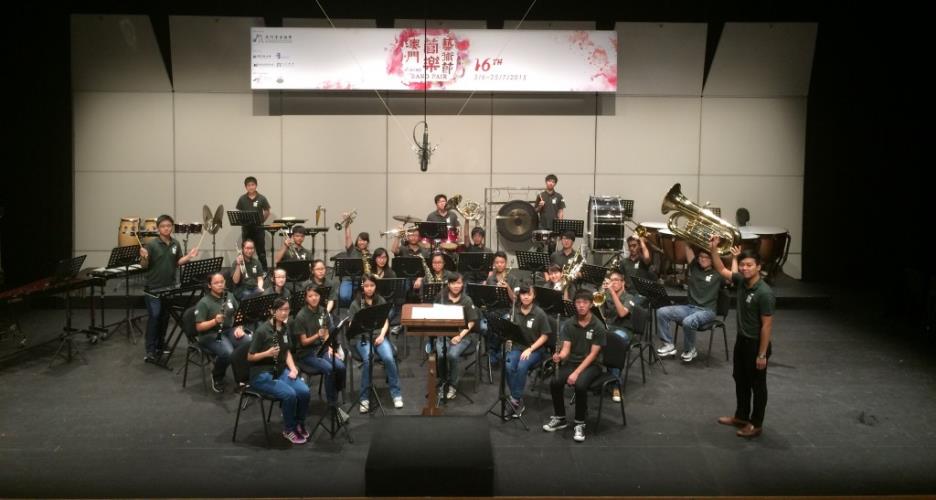 A few months ago, I conducted a local school orchestra at Macau Band Fair at the Cultural Centre. For this performance, we rehearsed a lot. There were definitely moments of disappointment, because the concept of classical music is not easy to understand. What was heartening was that the students went from doubtful to somewhat understanding, a small step but one that was very meaningful. As such, arts educators are faced with two concepts in the pursuit of human spiritual civilisation—the popularisation of arts education, and its contribution to humankind.

The popularisation of arts education can be seen in the band culture of schools in Macao. But what’s worrying is that arts education is facing serious challenges, such as the rapid development of society. That means the way that young people receive information is increasingly fragmented and thematic. Substance is much more fragile than superficial appearances, a reality also reflected in the development of music. Shallow, easy-to-understand music attracts many more fans than abstract styles like classical music. Arts education largely takes place in Macao in schools, where students have more freedom to absorb new things and are not influenced by many other elements. Also, resources in schools are more concentrated, allowing students to focus on learning things that they want without being affected by trends in society, giving students the opportunity to learn in a fair and free environment. In addition, once students nurture certain interests in schools, they can then carry those interests with them when they leave school down whatever path they choose to go.

In the old days, learning classical music was a privilege only the elite could afford. But today, that’s no longer the case as learning music has become something open to all. Unfortunately, until now, learning classical music is not a necessity for the average family, and in many cases it is seen as a luxury. As such, free music lessons offered by schools are tempting to students from such families who have an interest in music. But even if the economic constraints are resolved, it is still important to have support from family. For example, if students are practising at home and receive negative reactions from their family members, it will only breed negative associations in their heads. In fact, learning classical music can help invigorate the intellect and raise creativity. Professor Adrian North at the University of Edinburgh in 2008 conducted a study among 36,000 music lovers, and found that those who listened to classical music had higher levels of creativity than those who just listened to contemporary music. They also had more pragmatic personalities. Northumbria University in the United Kingdom also conducted an experiment exploring the connection between classical music and memory and concentration skills. The study found that comparing the control group and the experimental group, those who listened to classical music showed better memory skills and better work efficiency.

As more schools in Macao promote classical music teaching, support from the school is indispensable. What is heartening is that teachers are entirely willing to offer support to students, even if they are not students of that school. I can see through this that music helps break down barriers between people, proving that arts education is a sort of spiritual cultivation.

A collaboration between Shekou in Shenzhen and the V&A Museum

"Moderation" at the Taipei Arts Festival