Macao poet, novelist and columnist; winner of Macao Literary Awards (Fiction Category), and has won in other categories including Poetry and Prose. Published works include The Largo do São Domingos Countdown, a collection of his short stories; Ferris Wheel and A Fictional World, a collection of poetry and prose; and a series of promotional videos about Macao’s literature, co-published with other poets. 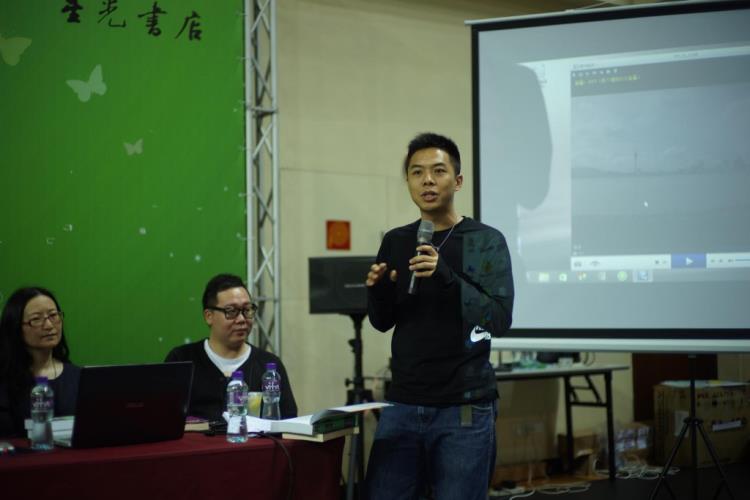 In the movie El Espinazo del Diablo (2001) by famous director Guillermo del Toro, there was a scene in which the male lead Carlos saw a little boy drawing and said to him: “Since you like drawing so much, I will write stories for you to draw in the future.” The little boy responded that he did not need Carlo’s stories because he can draw his own stories.

Why did I mention the movie produced by the famous Spanish director Pedro Almodóvar Caballero out of the blue? Let us return to the topic of this issue – the relationship between novels, movies, and promotion and marketing.

Those who have been following the development of current Macao movies will easily find that the scripts are relatively weak. The slow pace and unsuccessful use of soundtracks to drive audience emotions are the basic problems in the initial development phase in most places, so there’s no need to over-concern. All movies aim to make improvements, but audiences may not grow together with them. Thus, mastering the language of movies through commercial movies is the only way to go. As for how to go into the artistic path; how to go in-depth in a certain topic; or even break through the basic routines of movie languages and commercial movies; these will be a later story. Not all people appreciate the spiritual and radical works by progressive and free Jazz master John Coltrane, but since he has first locked fans’ hearts with lyrical songs before returning to his favourite genre, the attention he gets is incomparable. Once again it demonstrated that it is a choice, but not an impossibility, to cut off from connections with commercial works to go on the exploration and practice post-art creation.

Nowadays many people are criticised for defending themselves in the name of art when they are unable to create works that touch audiences’ hearts. The real issue is that these people do not have any commercial works to justify themselves. Do they need to be justified? In this résumé-oriented world, nothing can go unproven and unpackaged, especially in the culture and creative industry. You need at least one so-called “commercial success” and award from the art field to gain trust. What do you want to achieve with your works ultimately? Reversely, when a product is done, how can it attract appreciation by others? These issues involve a lot of professional consideration and handling before and after the birth of a product.

Macao people do not hold back on consuming and watching movies, especially in this internet-era. Basically people will go into theatres for anything critically acclaimed. For example, the play Lungs was highly regarded as touching. Naturally people start to purchase tickets and go watch the play. The so-called industry technical review and artistic value is not as good as words of mouth by netizens saying that it is “a good show”. If it can move professional audiences including writers and commentators, even if it cannot be regarded as a commercial success in Macao, at least it will create a buzz and good reputation, which is beneficial for any plays that come after it.

So back to El Espinazo del Diablo, exactly what detail was incorporated to generate its reputation? Firstly, the core of the story isn’t about ghosts——in principle it is about humanity, and the presentation method is quite artistic. But ghost stories attract attendance. Packaging the story with ghosts is an advantage on the content and helps market response. Are there ways to package deeper topics with commercial techniques? Are there ways to do up personal contents with more dramatic tension and universal values? This is not a must, but if this is achieved, the end-product will receive a greater response.

The price of culture

Can heritage preservation become an industry?

Creativity is in everyday life

How did Ibsen become famous?