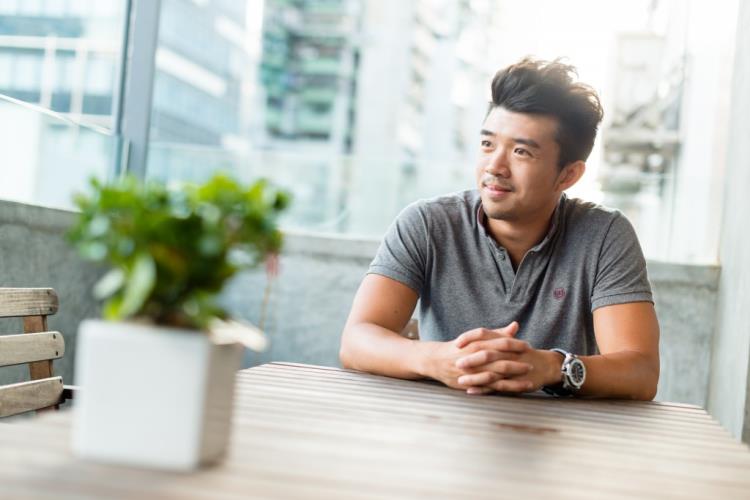 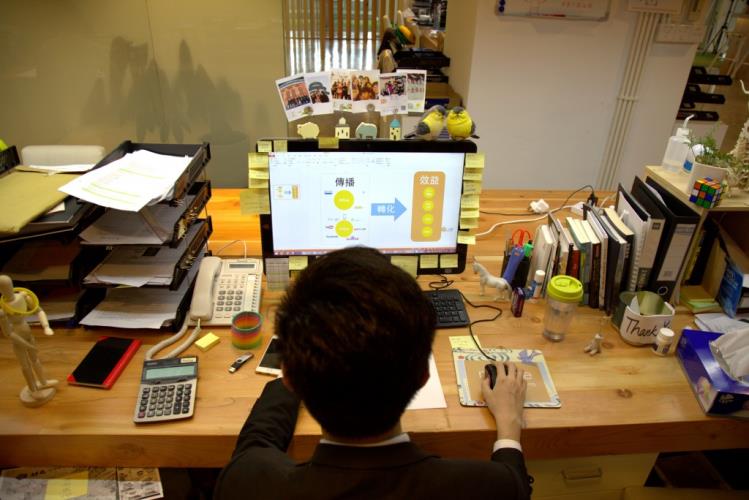 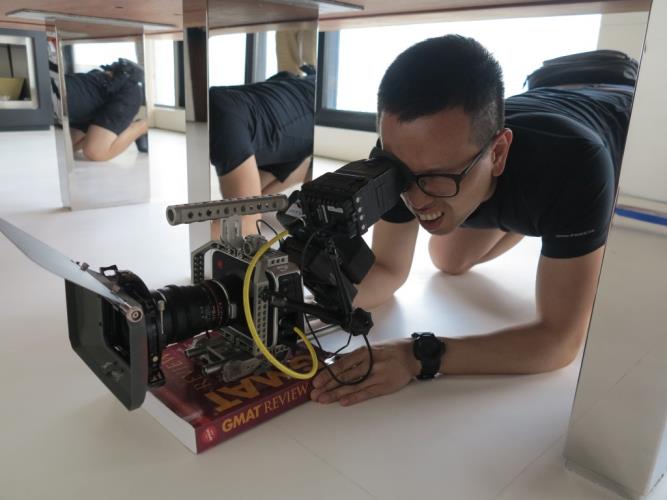 Mobile TV has been introduced in public transport in Hong Kong and the Mainland for a few years, which provides entertainment for passengers as well as marketing opportunities for suppliers. However, this service has not been introduced in Macao until two years ago, by a new media promotion company set up by three young enterepreneurs. MOME Media & Marketing has successfully managed to persuade Transmac to install mobile TV on the buses, which constitute 40% of the city’s bus routes.

“The media channels in Macao are limited, but there have seen considerable growth in the past decade as a result of economic growth. We can see the disequilibrium of the market and hence we have decided to change it,” said Joe Liu, who founded MOME Media & Marketing.

Two years ago, many of the buses run by Transmac buses have installed mobile TV screens. The programmes screened on these routes are mostly made by MOME TV under MOME Media & Marketing. They are bold in launching a variety of programmes such as the entertaining Crazy Moment, Mircopedia that shares tips for everyday life, and a documentary programme called Macau People which features the stories of Macao’s local community. Other programmes include advertising-driven programmes such as Yummy MOME that features Macao’s dining scene, where direct advertising is integrated. As such, their contents encompassed are no less attractive compared with traditional TV channels.

As a matter of fact, MOME TV is targeting to launch itself as an official TV station. Liu revealed that they change their programme contents at least once every week, and each time the programmes would last for over an hour. As one can imagine, the pressure to keep up with such a production is considerable, and requires a production team of 18 to maintain the channel.

“When we are tight with time, we would take up to two weeks to finish a production,” Liu said. While micro-films in Macao have been growing in recent years, MOME TV struggles to source production talent to meet its needs. According to Liu, producers who are capable to address both the business and artistic incentives involved are far and few between. “The artistic producers are often perfectionists, and take up to half a year to produce a film. We cannot afford it without jeopardising the prospects of our TV channel.”

Other than the tight schedule of production time, challenges that the MOME TV production team faces include the real time happenings on location, since many of the film shoot locations with attractive local characteristics are within government jurisdiction, hence formal applications for film shoots are required. “Sometimes these applications take a long time, considering that they require the approvals of several departments,” Liu opined.

Sometimes, if they encountered problems with the approval of filming locations, they would change to some other places to produce the programmes. On some occasions, however, the police might come and challenge their film shoots, in which case they would have to leave. “Sometimes there is a real life audience when we shoot those programmes that interact with and tease the pedestrians, and then the police would come, asking us to leave since they might charge us for unauthorised gatherings. There is nothing we can do but leave right away,” he said.

Having dealt with government departments, Liu realised that the government perceives MOME TV as a traditional TV station. For example, if any citizens are unhappy with the contents of MOME TV, they can make a complaint to the government bodies. These complaints will then be conveyed to MOME, and government warnings will be issued. Therefore, in order to avoid any trouble, MOME has to review the policy regulations and laws to do with traditional media, and to be more cautious in running their operation. “Actually, there is no licence for us to apply, so why would the government be able to charge us under the policy and regulations made for traditional media sector? Sometimes when we receive complaints, I would ask the government bodies about the course of action to take. Strangely enough, they don’t know.” Liu suggested that the government should consult the sector as soon as practicable, so as to come up with the legislation for new media organisations.

Online Presence and Beyond

The reason for government monitoring of MOME TV is partly due to the fact that it has a growing influence. According to the figures provided by Liu, MOME TV screens have been installed on 300 buses, 600 taxis and 31 retail outlets, and the channel reach for these respectively amounts to 400,000, 30,000 and about 10,000 persons daily.

Contrary to YouTuber and Facebook page videos, MOME TV does not aim to create its own social media promotional platform. Its YouTube account has only a small number of click-throughs, while its Facebook page is also not very active. Liu explained: “Our advantage lies in the TV screens on buses. Once you have an online presence, you are confronted with so much competition, and have to spend a great deal on advertising. It is more realistic to focus our resources on what we are good at, rather than to target an online audience.”

Having established its own foundation, MOME TV is yet to make a lucrative profit. Liu confessed: “It is very hard to make a huge profit from media operations. We are now working towards a break-even. Suppose we make a profit, we would rather invest such resources to other areas.” The substantial costs in production and equipment investment have posed constraints on their profitability. Its parent company realises that the value of MOME TV lies in its potential as a marketing platform, rather than as a business to make money.

One of the business promotion ventures of MOME TV is lottery via mobile phones. For example, passenger viewers can engage with the TV by opening WeChat and shaking their mobiles to access the games webpages designed for the sponsors. Once the viewers win the games, they will be rewarded with promotional coupons to exchange for goods at the retail outlets of the sponsoring brands. Liu said that this model is to go “from offline to online to offline”. By moving the offline clients to the online platform, they can channel these clients to the retail outlets to shop and spend. Other than such technology, MOME has also discovered opportunities in spending via the online network, and plans to introduce online payment feature to allow the viewers to buy merchandise using their  mobiles.

In terms of business strategy, MOME TV is the communications tool for its parent company in densely populated areas. In order to succeed, MOME TV must come up with quality programmes to attract viewers.

Nevertheless, Liu said, “Initially, our plan is to make some video production, but to survive, we must come up with a sound business strategy to support our development. Many cultural entrepreneurs, as I realise, do not aim at profit-making, but it is a question of survival and sustainability, as well as on keeping up with quality output. To succeed, one must have a long term perspective.”