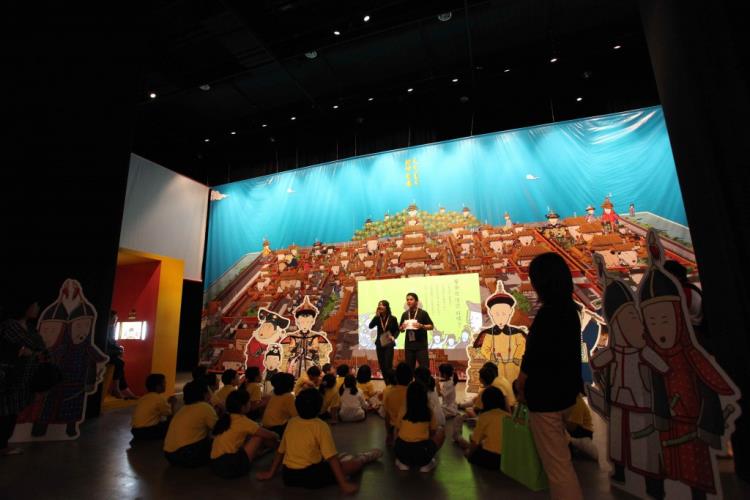 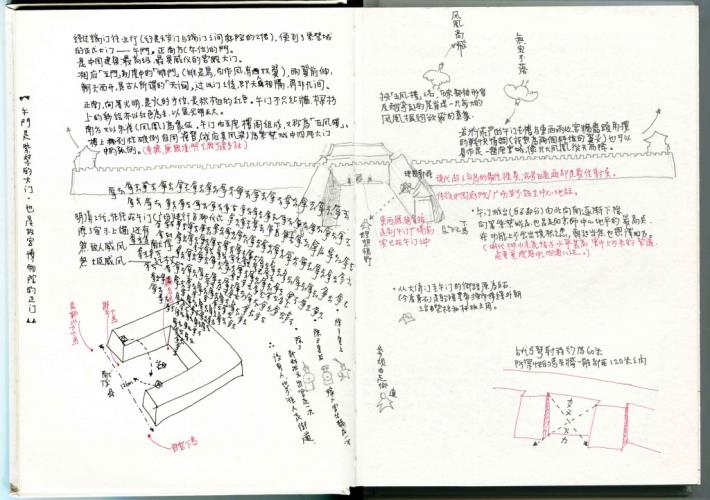 In appreciating the legacy of Chinese culture and the burgeoning of creative industries, it is impossible to overlook the influence of Chiu Kwong Chiu, whose impact on these fields is both in-depth and wide-ranging. Be it traditional Chinese culture, the origins of Western arts or modern design aesthetics, Chiu demonstrates his ability to bring together diverse elements seamlessly. Marked by vitality and skilled craftsmanship, Chiu’s creations and multimedia works such as Notes on Along the Qing Ming River, We All Live in the Forbidden City Series and Made in Hong Kong: Hollywood Road have revitalised traditional crafts and architectural design.

We are honoured to talk to Chiu, design guru and creative mastermind who excels in the art of fusion, as he discusses the transformative potential of tradition, the power of creativity, and his concepts on beauty.

L: The pursuit of beauty is inherent in both the practice of art and design. How do you understand beauty?

C: Since I was small, I have been inspired by the relationship between what happens in the real world and what I read. As a child, I love drawing, and have always been fascinated by the possibility to conjure a new world by perceiving an object, and reflecting some sense of reality. I am intrigued by the convergence of imagination and reality. Drawing is a selective process by itself, for you will only take in what you like and discard the parts that you don’t. I suppose the concept of beauty is derived from this process of assimilation and distillation.

L: How do you see the aesthetic judgment in China nowadays?

C: I would like to share with you my experience. Back in 1984, when I was studying in France, I watched a World Cup match—the Soviet Union vs Brazil—with my classmates from Africa. My African classmates adjusted the colour and light settings of the TV, which revealed a darker skin tone of the football players, while the football was so bright that it looked like it was glowing. I found this colour contrast most amusing. Since they grew up in Africa and were used to more colourful schemes, they must have found the default colour settings of TV images too subtle. Therefore, they adjusted the colours manually such that it looked almost as if it was a match between two teams of dark-skinned players. Actually, it is only natural that people from different places have their own preferences. If we always imitate the preferences of others, then we will lose sight of our own likings. I think that this is a problem being faced by the Chinese community. We look for recognition from the others, and do not have the courage to express our own aesthetics.

L: So what constitutes beauty by Chinese standards? Why are you so fascinated with it?

C: Western art emphasises the liberation of one’s mind from within. It’s like music: one’s sentiments are revealed in the performance of music. It is also the same for Western paintings. On the other hand, when I appreciate Chinese paintings, I feel a sense of weakness in my knees. It is as if the Chinese paintings have the power of drawing me in and holding me in awe.

L: You have successfully transformed this introvert culture into something visually appealing. To a certain extent, it is all about releasing what lies within.

C: I don’t think it is an issue of being eye-catching or not. It is far worse if one doesn’t know how to distinguish the good from the bad. Nowadays, China is somewhat trapped in this dilemma. Be it in design or art, the worst that can happen is that the subject is not visually appealing. We should be confident that intrinsically good artworks will always attract people. To mistake something below-standard for good art: that is worrying.

L: Can you tell us more about your most memorable work?

C: I remember the poignant moment when I stood on the roof of the Hall of Supreme Harmony in the Forbidden City in Beijing. In the past, a civilian would never have the chance to see this kind of thing, and yet someone like me who grew up in a village in Hong Kong could witness this. I imagined how the lives of palace maids and eunuchs would be like. Triggered by this, I had the urge to make an animation of a clock to immortalise them. Bearing witness to the stealthy gossips among eunuchs and the weeping of palace maids for centuries, it couldn’t have been easy for the clock. In this context, the creative piece did not rely much on technology. What I mean is, while computing or animation has become a useful tool, sometimes this tool may dictate what we do. Moreover, we have to be careful not to let the drive for efficiency dominate us, or to achieve speed at the expense of genuine fulfillment.

L: Nevertheless, your Forbidden City project has been so successful in promoting Chinese culture. Needless to say, the use of animation and technology has been instrumental.

C: Let me point out that the use of technology has become increasingly powerful in reinterpreting the visual, although this also has its drawback. I think that if we were to explore the inner strength of cultural arts, it is important to control the expression of technology, otherwise what we demonstrate is purely technology, not cultural value.

L: You have created a multimedia piece based on Hong Kong’s oldest street, Hollywood Road. From your point of view, what cultural heritage can Macao leverage on?

C: Macao is a coastal city that has retained the charm of its modest character as a fishing port, with the legacy of its Portuguese and Christian culture as well as Confucian values. I think it is a very rare thing to find such a rich mix of elements within a small city like this, although I imagine that it is the consequence of a long period of consolidation and development.

L: In your opinion, how can Macao best capitalise on these cultural resources?

C: When I worked on the Forbidden City project, I taught some students at a university, helping them to discover the meaning and value of culture. I believe that a major asset Macao has is its student community. Even if we were to have the most attractive projects, the availability of resources will become pointless if there is not sufficient training to nurture talent.

L: What kind of talent do you mean? Do you mean creative or marketing talent?

C: I mean creative talent mostly, although overall what we do need is a vibrant community of diverse talent. As valuable assets become valuable products, marketing talent is essential as well. The importance of marketing is not just to showcase the products, but to help one understand the messages behind them and to encourage certain trends. In this way, the entire cultural tradition will become a chain effect, with the support of dedicated creative talent and marketing. I feel that in China, we are still in need of such a seamless, cultural chain, because even though we do have different streams of culture, they do not form a holistic chain. In this respect, Macao has fared better, since it offers an environment conducive to creative work. What we need is to open up more outlets to broaden the learning horizons of young people.