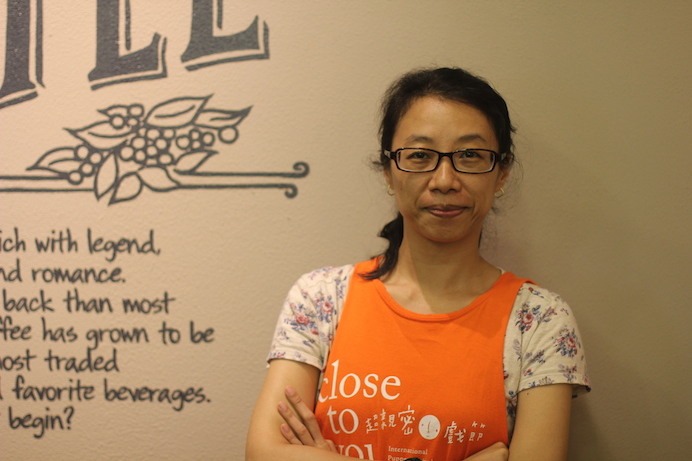 Shih Pei-yu is the Festival Director of “Close to YOU International Puppet Festival.”  Photo courtesy of Bob Leong 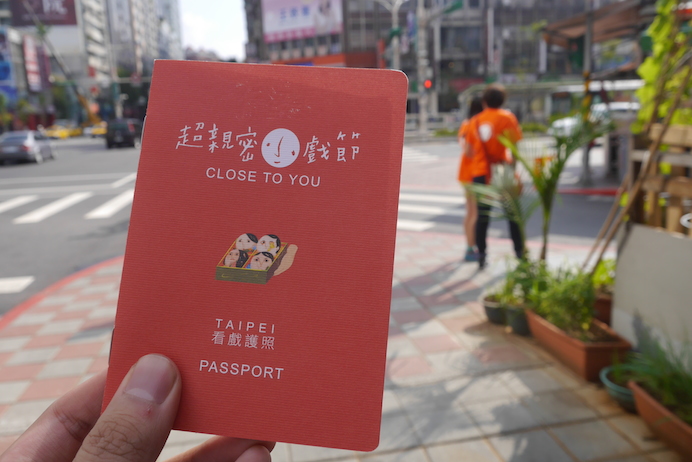 Shih Pei-yu is the Festival Director of “Close to YOU International Puppet Festival.”  Photo courtesy of Bob Leong

Experiencing non-theatrical performances can sometimes be more fun than sitting passively in a theatre, for audiences become participants and interact with the environment in non-conventional theatre spaces. From the “Macao Fringe” to the recent “Art in Community Project”, art groups are rediscovering old neighbourhoods, coastlines and world heritages, constantly surmounting the boundaries of non-theatrical performances.

In October 2014, we participated in Taipei’s “Close to YOU International Puppet Festival” to find out how the five-year-old event combined performing arts with culture and creativity in local communities.

The Festival featured three main locations since its inauguration in 2010, and the tradition continued at its fifth edition, with performances at Xinyi-Guangfu, Zhongxiao-Xinsheng and Dadaocheng areas. Between venues in the same community, tour guides gave an introduction of the history and livelihood of the area, allowing participants to understand more about the neighbourhood in addition to enjoying the performances.

This puppet-themed event is a good reference for Macao’s creativity and culture scene, as well as the Macao community arts.

Starting from 2013, each participant received a “passport” to the event, which was stamped upon admission. It also came with mini-maps and promotional coupons, combining all creative elements in an organic way.

Shih Pei-yu, Festival Director, said, “The festival emphasised the handmade element and it brought a sense of intimacy to audiences. The passports also gave a feeling of travelling, which suited the Festival’s concept of wandering in the neighbourhood.” She was inconclusive on whether some participated in the event just to get the passport, but was affirmative that the idea added value to the event.

Audiences “travelled” through nine performing spaces in three neighbourhoods, which included cafes, gift shops, restaurants and even a guest room of a boutique hotel. These businesses all offered discounts of different levels, and we have observed that participants were more willing to purchase related products like tea leaves, coffees and gifts while waiting for shows to start.

Shih said, “There was a strategy to create win-win situations among audiences, organisers and businesses that rented out their venues. We advertised for the businesses which offered discounts for participants, and in return we got to rent the venues at a discounted price, which was mutually beneficial.” She thought that the Festival would not bring significant economic value to the community, but provided an important outlet for performing arts and generated more possibilities.

But the opening of outlets was not necessarily all positive. Shih said the first and the second editions of the Festival have put excessive spotlight on local communities and shops that they started appearing on luxurious travel media. Coupling that with the opening of the Dongmen station of the Taipei Metro, a sudden influx of visitors was generated. As a result, rents soared and all the sightseeing activities have caused serious nuisances to residents. In light of the situation, organisers decided not to use that community as a location in 2014.

In contrast, the newly selected Dadaocheng community had lower rents that attracted shops, cafes and art spaces to spawn in the area. Shih said the area currently has a balanced situation, as evident by the co-existence of dried seafood shops and cultural outlets. The once-prosperous Dadaocheng Port had a rich historic background and suited the ambience of the Festival. But Shih said she is worried that the balance would collapse like it did in Shida area over the next few years.

The Festival was sponsored by Taiwan’s National Culture and Arts Foundation. Shih said the festival has brought about a certain amount of business opportunities, but the aim was not to generate commercial profits or any actual monetary value. She thought that when an outsider engages in artistic creations or culture and creativity in a local community, the time he spent is a mere process, and what matters most was the reflection on the local culture. She thought this humanistic care to the local community was the reason the event is named “Close to YOU”.

Leong Sin U, an art critic of Macao, also participated in the “Close to YOU Festival” 2014. Check out the video section on our website for more details.