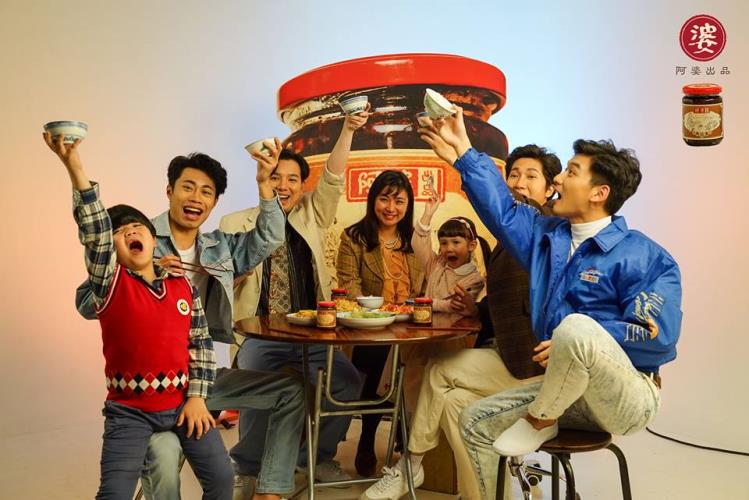 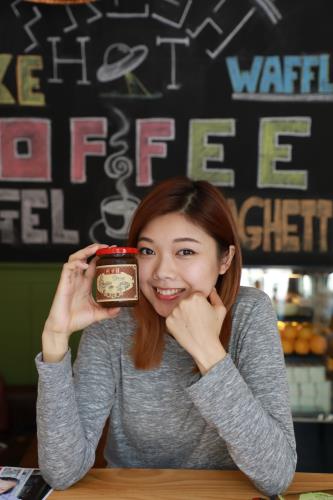 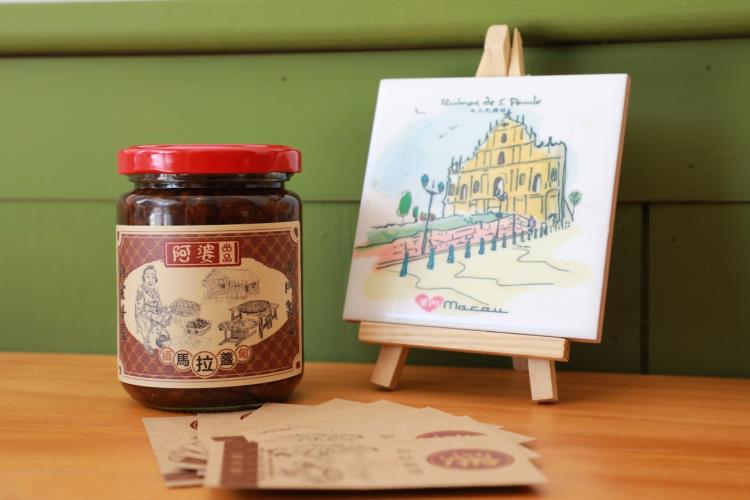 At the beginning of this year, an old fashion style ad produced by locals received over one million hits online and this has become a hot topic among the ad circle in Macao. The ad video was planned by Lei Ka Mei (Mi) who is the founder of the original Belacan brand, Grandma Belacan which was produced to enable audience to feel like going back to the 1980s and obtain a feeling of warmness and sweetness.

Mi controlled her tears and described her sweet memory with her grandma who has passed away every time when speaking of the reason for launching Grandma Belacan. Of course Belacan, Mohingar, Burmese stirred noodles, etc. were the food supporting the growth of Mi because Mi’s grandma is a Burmese Chinese and her family is different from traditional ones. And many of her close friends have been fans of Belacan since they were young. As time goes by and Grandma got older and older, Mi’s cousin suggested inheriting and passing on such unique food to enable more people to taste the “food of love”.

Mi loves illustration and design, so she designed and packaged Belacan by leveraging her own drawing skills. Her design was inspired from life; for example, the bottle body was inspired by Grandma’s image and tools for making Belacan, while the ad. post was drawn by Mi stooping over Grandma’s bed when grandma was ill, illustrating their deep love between each other. Such taste of family affection makes the Belacan different from other big brands in the market. After that, she and her cousin cooked Belacan and with excellent food supported with meticulous package and design, the product was finally released online in 2015.

Her online store had not achieved good performance till 2016, products were mostly purchased by her close friends and relatives and advertisement was realised by communication between them. Mi felt frustrated at that time: “Marketing and advertisement is a great art in addition to products themselves when setting up a brand.” Therefore, Mi who was formerly engaged in film and TV production decided at the end of last year to shoot a qualifying ad video for the hope of not leaving regret. She hoped to show the advantages of the brand with shots and expressed missing of Grandma from happy video clips.

Mi knew that cost will be very high if ideas in her mind were transformed into a complete ad. Due to limited fund, she acted as the director and editor herself. When developing ideas for the whole ad video, Mi emphasised that a local team must be used and old fashion should be applied so that locals’ feeling about these traditional delicious food can be triggered. The whole ad video was performed by Macao singer Cheng Man Cheng (Kevin) and two members Dragon Leong and Rico Leng of the cross-media group Flower Gentlemen. The ad video made the audience always remember it thanks to the combination with original music and interesting lyrics. The actors’ funny model and dialogues full of local accent made the ad video more attractive. Mi said that she had viewed more than one hundred ad videos of the 1980s for the hope of presenting her ideas as they were. She also spent many ideas and efforts on the actors’ modelling. Both costumes and hairstyles mimicked those of that age and these can make the audience feel they were back to the old time. Mi emphasised that advertising is very important and ad concept, packaging and planning can give a new soul to a product even a brand.

Such unique ad video exploded in popularity on the Internet once it was released and this surprised Mi for great pleasure. “The happiest thing is that local creation has been recognised by more people and we are also able to plan and shoot high quality works which are not inferior to those in other regions.” Afterwards, even merchants from other regions paid attention and showed intention of partnership. “As Belacan is made by hand and besides no preservatives is added, the product’s shelf life is relatively short and so it is not very appropriate to put them on shelf in a supermarket.” Although she faced a temptation of money, she still insisted on not adding any chemicals and going too commercial. Instead of production at large scale, Mi enjoyed the current business model more which can maintain the quality of the food. She believed that her business model could not make her rich but it was the initial intention of Belacan — maintaining the truehearted feeling with customers.

Recently she has proactively participated in food trade shows where many customers are interested in Belacan and started to promote it step by step. Mi suggested that friends having a will to start cultural and creative career should have a long-term plan in addition to having enthusiasm.