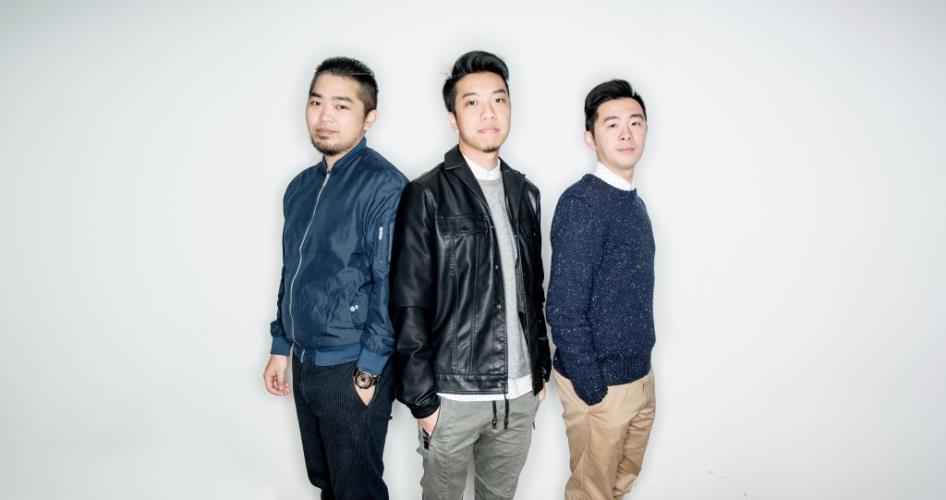 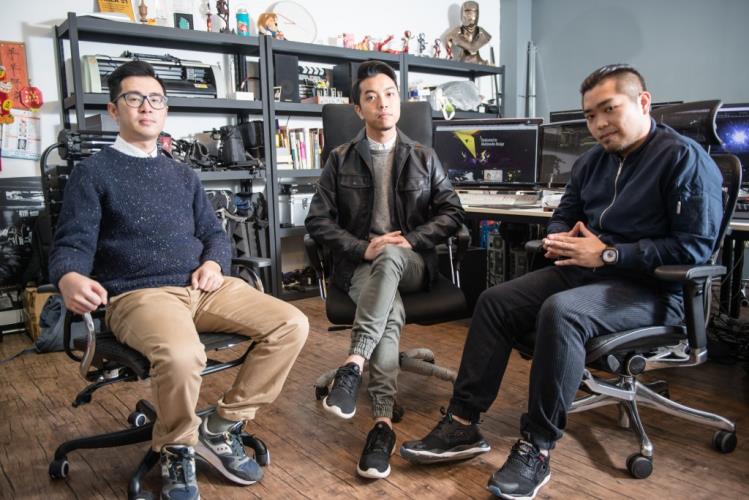 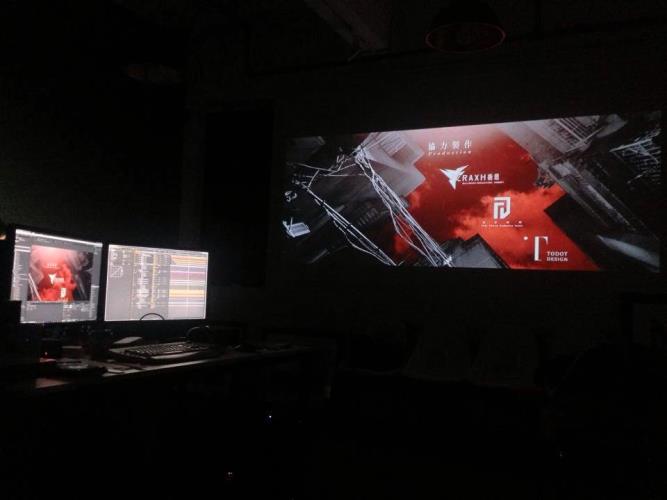 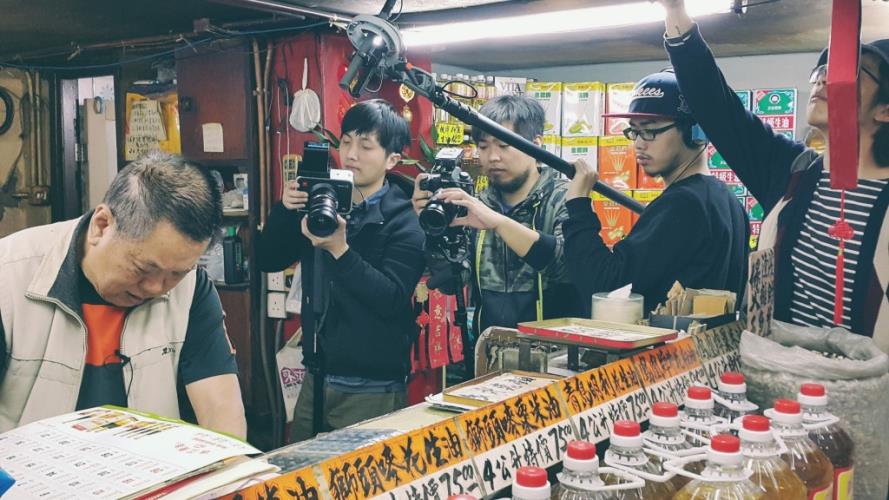 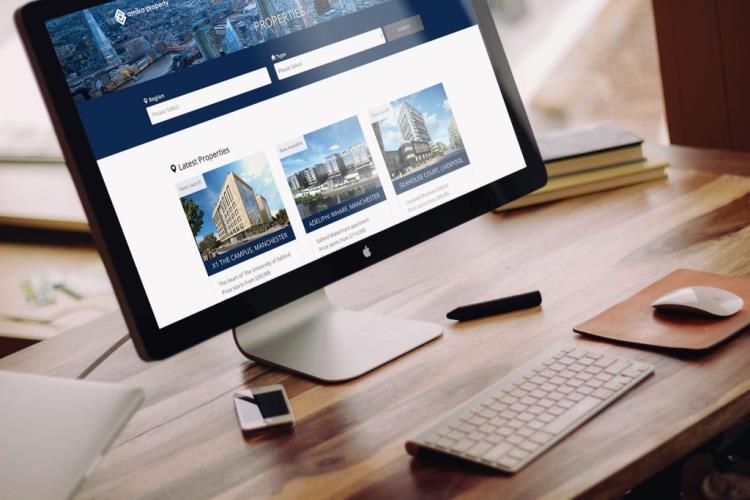 Six years ago, several multimedia design graduates had a burning ambition to make an impact in Macao with their own multimedia productions. They named their own studio “CRAXH”, a variant of the word “crash”. The impact they wanted to make was not only about visual effects, but also how to make a change in the market. Not long ago, governmental departments as well as enterprises of all sizes often outsourced the productions of animated promo videos to companies outside Macao. But now, Marble Leong of CRAXH said: “Animated commercials made in Macao are actually not bad.”

The logo of CRAXH composes of several pyramid-shaped graphics, symbolising several people “crashing” into each other. The partners of CRAXH got a chance to come together because of the documentary competition organised by Macao Cultural Centre. In 2009, they rented a studio located near Instituto Salesiano to finish their documentary and get ready to enter the competition. Apart from being one of the contestants, they also worked on commercial projects with other companies. Gradually, the team was formed.

CRAXH’s forte is not only filming. In 2011, a year after their graduation, the founding members decided to start a business. One of the partners, Wallace Chan, said: “At the time I thought I’d only do what actually interests me after I leave school.” Their scope of services embraces what they have learnt when they were studying in Macao Polytechnic Institute. They especially excel in web design, special effects for animation and video production.

Another partner, Hugo Chang, recalled that at the very beginning CRAXH was nobody in the industry. As a boss of the company, he had to assume full responsibility for all matters to the business. He found out that after all costs had been deducted not much revenue was left. Those were the years when Macao’s economy was growing. Most of his classmates who got full-time jobs at that time were able to earn good money. The field of graphic design is hugely competitive. Instead, CRAXH focuses in multimedia design and it is now leading the way in the field. Macao’s multimedia design sector is still at the introductory stage. Chan supplemented: “It seems that we have made a right decision to focus in multimedia design since the very beginning.”

As the economy is growing, SMEs have more resources available for brand building. With the essential role of social media in marketing and the rapidly changing trend in design, enterprises and governmental departments no longer take a conservative approach when it comes to advertising. “I am not going to say something like design can play a role in changing the society. But design indeed has its value and can add cultural as well as commercial value to a brand.”

Chan is in charge of web design in CRAXH. He pointed out that in the past companies had to rely on IT experts to make a website. Functionality often came first, aesthetics was secondary. In those days, a user-friendly design was not a necessity. “People may not find anything wrong about this approach. But I found those designs were eyesores.” It was until 2010 that flat design in user interface has become so popular that stylistic elements like the use of drop shadows have been phased out. Instead, simplistic yet visually appealing interface and good user experience sit at the core of a web design. Following the trend, many SMEs and associations have revamped their official websites and these are all business opportunities for CRAXH.

Another major source of income for CRAXH is the production of animated short films. It is no easy task to make a video that celebrates Christmas with an animated figure jumping up and down, or a video with 360 degree product photography. Craftsmanship is necessary to accurately create each animated movement and action. To play safe, some enterprises hire overseas companies to take up such productions. But those companies sometimes subcontract CRAXH to finish some tasks in the process. “There aren’t many people working in the field of special effects and 3D animation in Macao. This makes people think that no one has such expertise in our city,” said Leong. “And we are actually a proof that there are people capable of doing big projects in Macao.”

Leong has always been passionate about animation. In 2015, he was in charge of a bank anniversary campaign. Instead of using traditional new year couplets and firecrackers for celebration, Leong’s idea was to combine real lion dance to 3D animation in the promotional video. However the client had doubts about this. Leong steadfastly carried out research on the possibility of such campaign, revised the proposal, met the client again and step-by-step persuaded them to revamp the corporate image. He even paid the lion dancers and the film crew out of his own pocket. After three months of effort, the finalised edit of the video was ready on the eve of the Chinese New Year. “When the promo was out, people asked me whether the video was made by me.”

Another success story of CRAXH is about its collaboration with a household electrical appliance manufacturer in China. The company wanted to exhibit at a trade show in the United States and therefore it contracted a design firm there to make a promotional video. However the video was far from perfect and in the end the company had to hire CRAXH to fix it.

At present, CRAXH composes of four partners, one full-time and one part-time staff. There are plans to hire more talents. Chan and Leong recalled that they had started everything from scratch. All team members worked very hard to build the studio with necessary equipment. Have they ever thought of giving up and if yes, any reasons behind? Chan said with a smile that he would only consider giving up his career for the sake of health. Leong explained that designers have very limited time for themselves as clients often make last-minute changes and designers have to fix them right away. “I once had a very hectic schedule that I was not able to go home for a month.” But they all love their jobs. Leong said: “I have a lot of wonderful moments with CRAXH and I feel proud of it. I would have regretted that if I were to decide to take up job as an office worker.”