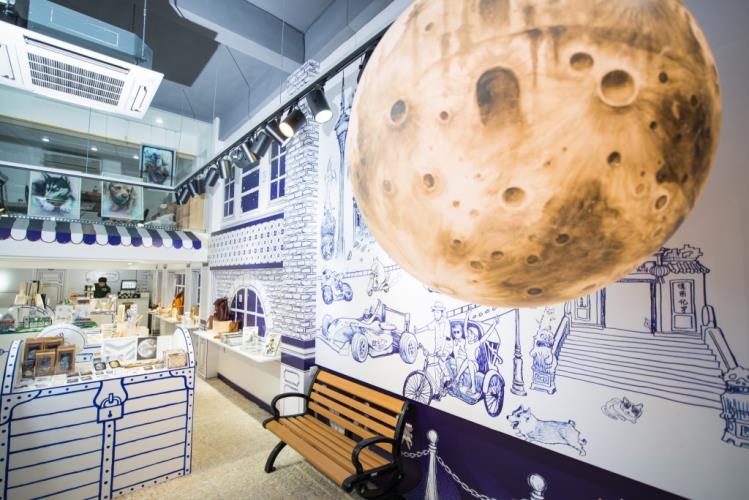 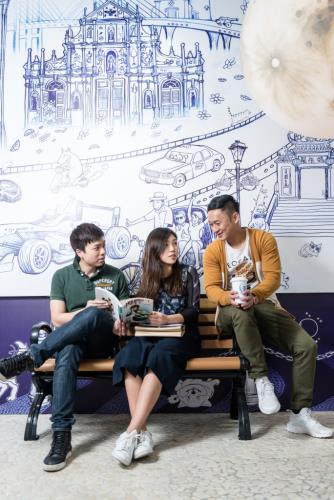 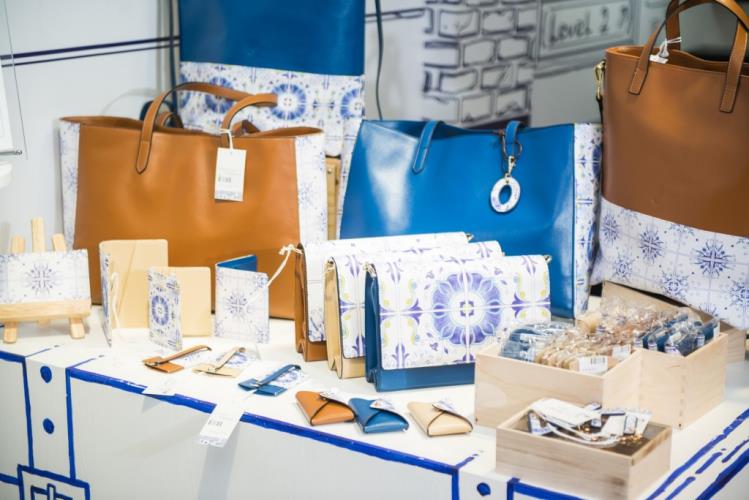 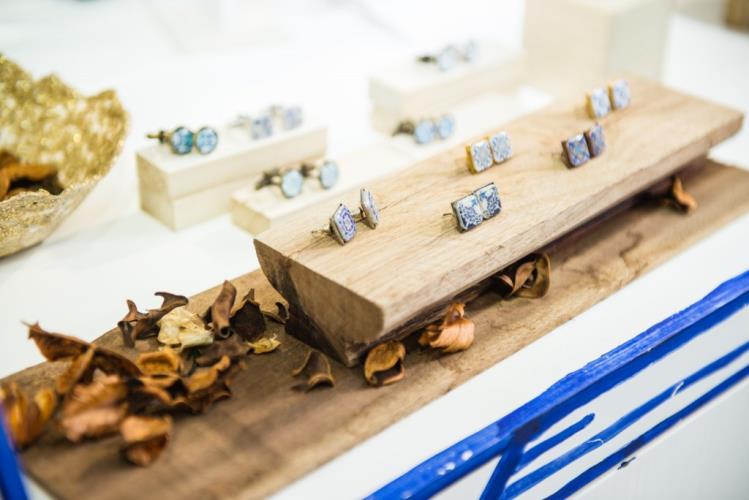 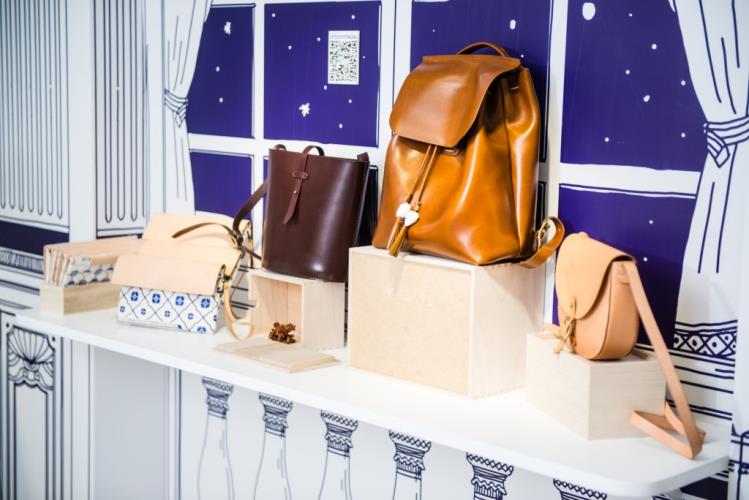 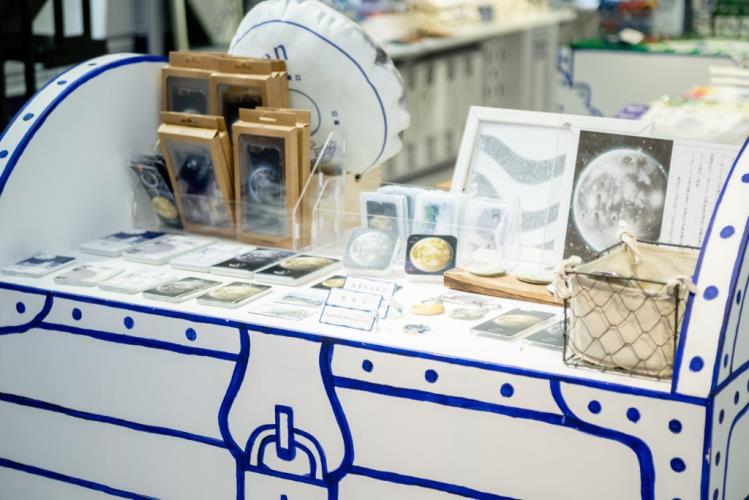 As a tourist destination, Macao has no shortage of accessory shores. Shops near any attractions in Macao sell various types of souvenirs, such as postcards, key rings and St Paul’s Ruins-themed decorations. In early November 2016, a brand new accessory store was opened and entered the competitive market. The founders, after doing a market survey in Macao, are confident about the future of their business. “Macao’s traditional accessory stores never think of making changes,” said Ng Kam Seng, one of the founders of O-Moon. “They are still selling the same products as they sold ten years ago.” Having spotted the gap in the market, Ng, together with Jet Wu and Xenia Wong, jointly invested in the business, with the aim of creating a brand that is recognised among visitors and locals alike.

The shop is located in Rua de Cinco de Outubro and named O-Moon, which pronunciation is similar to Ou Mun (The name for Macao in Cantonesee). If you look to the shop from the street, you will be attracted by the colours of the Portuguese painted tiles and the Chinese blue-and-white tiles that decorated the shop. The wall near the showcase in the shop is clad with white wall paper with illustrations painted in blue. To echo the shop’s name, a balloon painted with a moon on is hanged on the ceiling. If you take a closer look to it, you will see an illustration of the St Paul’s Ruins in the moon.

The founders of O-Moon come from different backgrounds. Ng is a businessman and he is in charge of the administration and operation of the shop. Wu is a professional illustrator. He designs and draws all the products. Wong has her own accessory store that sells her handmade leather products. “We think from the angles of a businessman, a designer and a woman so we can strike a balance in business operations,” said Wong. “We do cultural design in Macao with our hearts.”

O-Moon’s forte is to highlight the culture of Macao. However, with so many similar products available in the market, how can their products stand out? “We avoid doing what other people have been doing. We do what other people do not do” has become O-Moon’s strategy. Hand-painted products are their trump card. O-Moon’s products also have images of Macao’s landmarks like the St Paul’s Ruins, A Ma Temple and Sai Van Bridge. But when Wu designs the images, he first makes a draft and separates the composition of the image part by part. Then he draws the images on the paper and scans them into the computer. Finally he makes adjustments and pairings. “I can use computer software to draw, but I deliberately makes curved lines because I want to highlight that they are handpaintings.”

Sometimes, beautiful images are not enough to attract customers. Whether a product is sensible is more important. “Imagine that there are two items. One is beautiful, another one is both beautiful and sensible. Which one will you choose?” asked Wu. Thus, O-Moon has launched products like brollies, portable chargers and cushions that can turn into blankets, in addition to souvenirs like postcards and key rings. Once a customer complained that the ceramic body is too thin and one’s hand would be scalded. O-Moon immediately revised the design, using thicker ceramic body and added a handle to the mug. Ng said that by doing this their products are not only designed for the 30 millions of visitors but also for the locals.

Ng continued that 30% of O-Moon’s customers are locals and 70% are visitors. Among the visitors, half of them are from Hong Kong and the other half are from the Mainland, Taiwan, South Korea and Japan, etc. Rua de Cinco de Outubro is not the most visited area by tourists, therefore rents are not high, unlike the casino areas and the areas near St Paul’s Ruins that the monthly rent can go up to MOP200,000. In addition to the business-to-consumer market, O-Moon has also tapped into the business-to-business market and sells products to various associations and governmental departments.

An accessory store has to sell ordinary products like key rings as well. Wu said that such products are favoured by visitors and generate good sales volume. The payback period is short and these products are cash cow that can help pay the rent. Macao is almost inseparable with gaming, so it is necessary to have a product that shows this element. However, visitors from the Mainland will be having trouble when they go through the custom if they buy such products. This explains why so few people are interested in chip-themed products.

O-Moon has various products available. They not only sell products designed by themselves, but also collaborate with bakery shops, photographers, accessory designers, etc. Yet, we believes that there should be more items available in the shop. “The more you offer, the longer a customer is willing to spend time in the shop, and the easier the products are sold.” O-Moon’s investment in refurbishment of the shop and product design has almost reached one million patacas. Even though risks are huge, Wu is very confident about the business and the market. The business pressure is still bearable so far. “No investment, no return.”

“We do not design unique products. We apply our design to products that are already available in the market,” said Wu. “Trends are ever-changing, so our designs have to keep abreast of changes.”

There are not many recognisable cultural icons in Macao and eventually they will be exhausted. O-Moon looks ahead to the future and is now designing a brand new cartoon character as a long-term investment. At present, the design of a set of animal mascots, Black Bear BOBO, is almost finished and is about to be launched via a mobile app. Wu’s plan is to launch a series of animation and comics with a humourous BOBO theme. After attracting enough netizens and getting certain popularity, related products will be launched to secure revenues. He has already tested the market by running a Facebook page called “The Art of Macau” with another artist. Animated short films are made and released there. Among them, the one that made fun of single people on Valentines’ Day has gone viral, secured 350 thousand hit rates.

O-Moon has not only one big plan. Following the trend, Wu is considering buying a 3D printer to make immediately available yet bespoke items.

Looking to the future, Wong hopes that O-Moon eventually can become an iconic brand in Macao. “I hope that visitors to Macao will not only think of buying almond pastries. I hope that they can give our moon some thoughts.”