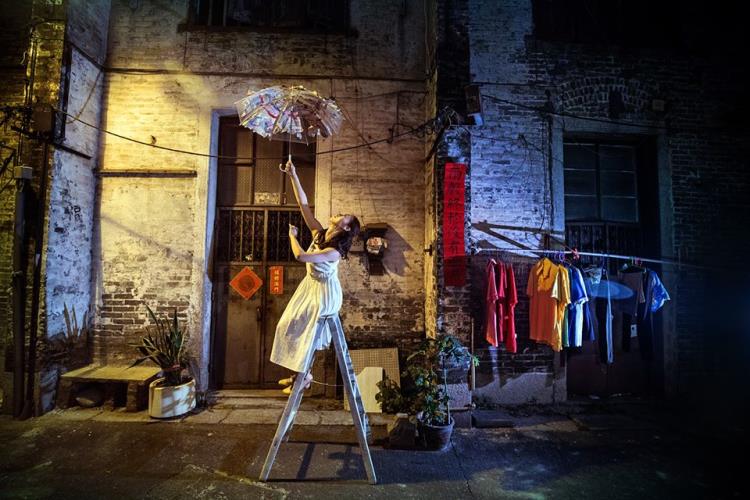 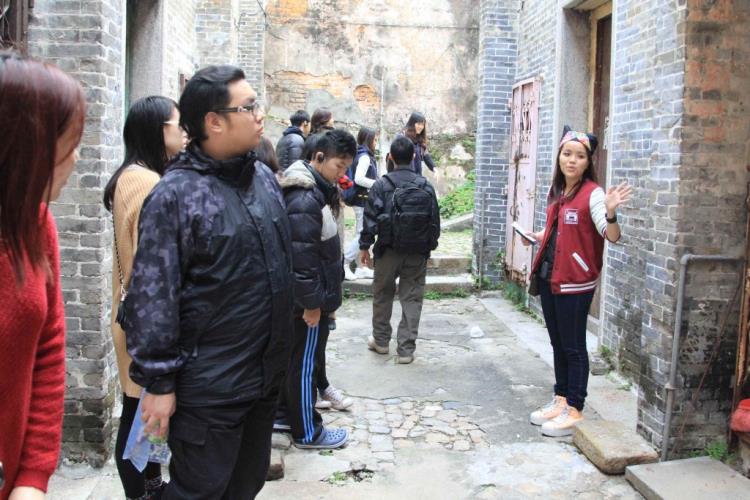 Many cities around the world offer community involvement with arts and cultural activities to enrich and nurture the cultural atmosphere of a place. In recent years, Macao also follows this trend as local arts groups have capitalised on the city’s world heritage sites to build a connection between the arts, history and community. Held already for three times, “Heritage Stroll with Poetries” explores the city from the artists’ perspectives through literature, installations, performance art, and guided tours in ways never seen before.

Guided tour with a difference

Organised by Macao Heritage Ambassadors Association (MHAA), “Heritage Stroll with Poetries” is one of the funded projects under “Arts in the Community Financing Plan” initiated by the Cultural Affairs Bureau of Macao S.A.R. Government. Just completed in March, the event this year took on the theme “Songs to Waterwells”, featuring a highly popular comprehensive guided tour that revolved around Macao’s water sources, voyage tales and attractions located in the historical Rua da Praia do Manduco. The two-hour programme was more than just about sightseeing – participants were able to interact with resident artists through poetry and performing arts to rediscover Macao. Far from the average guided tour catering for tourists, the locals were mainly the targeted group. Programme director Nero Lio said, “The ‘Songs to Waterwells’ guide tour is not just about sightseeing. The non-reciprocal approach of the average guided tours on the market is not the same as ours that brings arts performances and participant interaction together. Held already for three years, a number of participants have told us that the event allowed them to explore the neighbourhoods that they had not noticed before and thus aroused their interest in the history of Macao.”

The itinerary of this year’s event included St. Joseph’s Seminary and Church, where participants got to explore its interiors at night for a rare peek into the inner workings of the holy site. Lio said, “St. Joseph’s Seminary and Church is usually not open to the public, so this is an exclusive event, so to speak. Furthermore, the guided tour’s price is MOP120 per person. While it is not considered cheap in Macao, the event has been sold out over the years.”

Lio believes that while striking a balance between art, entertainment and creativity is critical to the huge success of the event, ensuring the quality of the tour is even more important. “We can accommodate a maximum of 25 people in every guided tour because, firstly, the narrow streets in Macao cannot accommodate too many people; and secondly, small groups provide a more intimate experience for participants. After all, we are not doing whistle-stop tours, so we’d rather use extra hands to lead more groups so participants can get a better bang for the money they spent.”

This year, a total of three free-of-charge sub-activities were incorporated into “Heritage Stroll with Poetries”—“Tea-drinking Through Poetry”, “Walk-around Guided Tour” and “Seeking Fun in Community”. Hope Chiang, artistic director of “Heritage Stroll with Poetries”, said, “We organised these activities in the hope that instead of exploring the city through the written word, participants could do it in a more substantial way.”

“Tea-drinking through Poetry” was a sharing of Macao-inspired poetries with verses posted at designated locations and then performed by tour guides or performers. “Walk-around Guided Tour” gave insights into century old patios in the Rua da Praia do Manduco area, while “Seeking Fun in Community” was a treasure hunt where participants learned about the evolution of the Rua da Praia do Manduco as they searched for old shops in the area, guided by a map.

The free sub-activities are one of the marketing strategies of “Heritage Stroll with Poetries”, intended to attract those who rarely take part in cultural events or have interest in history and culture. Because the content of the event is easily accessible, many residents from the Rua da Praia do Manduco joined in for the experience.

Participant Chan Mei Sim said, “I have lived in the Rua da Praia do Manduco for many years and did not know these places existed. These activities had made me want to learn more about where I live.”

Furthermore, more than 80 volunteers received the help of many residents and shops from the Rua da Praia do Manduco in the early stage of gathering research and conducting man-on-the-street interviews.

Lio said: “This is exactly what we’d like to achieve with the event – by doing field research and cultural activities, residents can cultivate a stronger sense of belonging to their community and in the meantime, a cultural atmosphere can be slowly nurtured within the community.”

IaoHin Gallery: challenging the status quo of the art scene in Macao