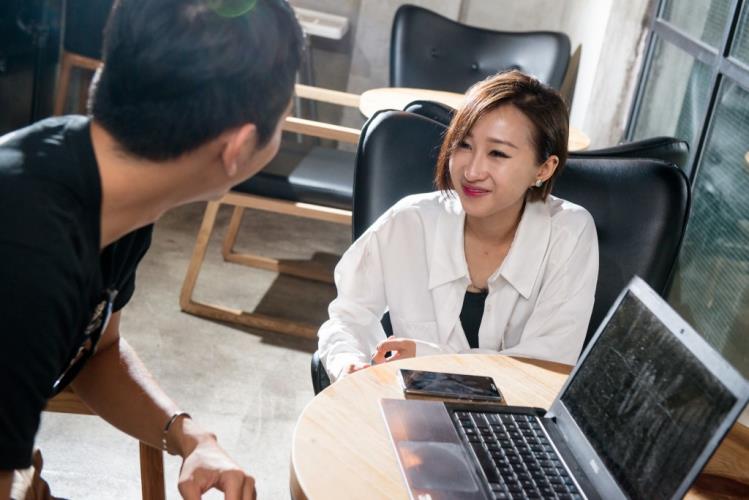 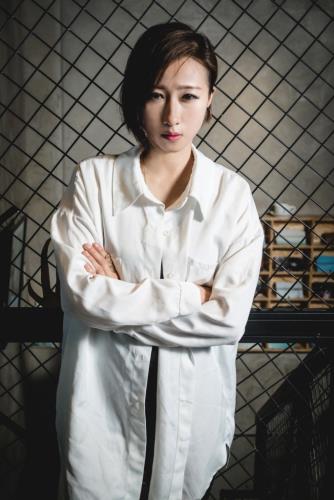 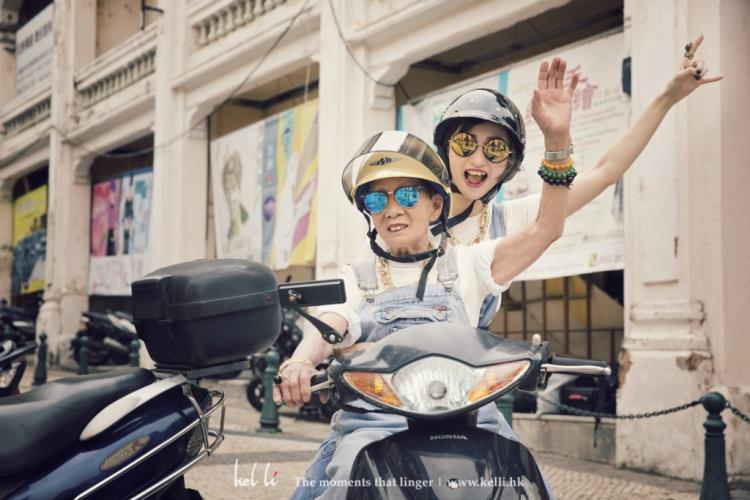 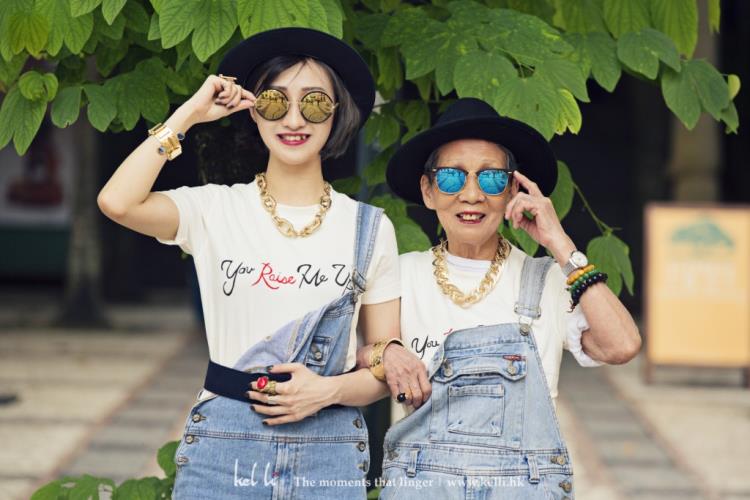 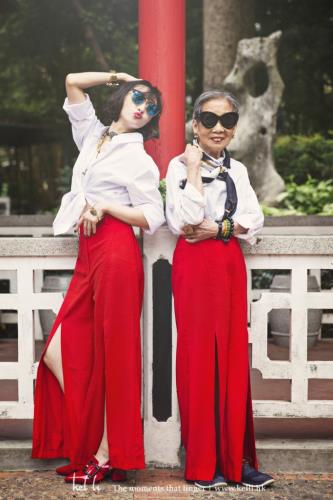 There are a lot of excellent Macao songs which go unnoticed. Some say it is due to the lack of marketing, or insufficient dissemination channels. Nonetheless, a new force has suddenly come to the fore — a singer gained popular responses online with fashionable photos and MV posed with her grandmother. The creator is none but Macao singer-composer Kylamary.

The interview took place in a café. When Kylamary first arrived, she was in all blacks with eye-catching big metal rings and earrings. Together with her deep makeup, she seemed compelling but unapproachable. “Relax, many people find me arrogant but it is in fact just an image. I can talk about anything,” she said, tapping my shoulders.

In addition to her outstanding image, Kylamary has an equally strong music style. Last year she won prizes including the “favourite song” and “golden song” at a prize giving ceremony by the TDM with her song The Summoning with a strong sense of rhythm. This year she embarked on a new initiative. The promotion of her work Revolution included a series of uniquely-styled photos of herself and her grandmother, which featured all-black gowns, thigh-revealing red pants and young-looking dungarees, complemented by various exquisite scenes. These were later made into an MV which received positive feedback and shares online. It was very successful from the perspective of marketing.

“Choosing Grandma as the leading character fits the main theme of the song. Dressing Grandma with luxurious clothing is a portrayal of the lyrics which says ‘living oneself out is the way to go; there’s no need to struggle’. It tells the imagination of living yourself out regardless of your age,” said Kylamary.

Kylamary said jokingly that it took her big effort to convince her grandmother, who has been enjoying a comfortable lifestyle in the Coloane, to agree to her pitch so that work can progress smoothly. “Luckily my friend and I told Grandma that she will look exactly like me after dressing up. Grandma loves me the most and that’s why she said yes.”

It is one thing to agree but another when it comes to execution. One of the designated outfits for a photo featured red leather trousers with a split which shows the calves up to the knees. At that time, the team thought the outfit maybe too exposing for an elderly. However, Grandma put that on without demur, and radiated in confidence to the surprise and admiration of everyone.

Kylamary said the song was well-received thanks to the society’s need for sentiments. “The creation has outstanding results and arouses public resonation. After seeing our photos and the MV, people start to think if they can get closer with the elderlies at home. The pace of urban life is so rapid that such simple things as love and relations have become so precious. Therefore my music aims at highlighting the affections of a family and prompts the public to ponder their relationships with people around them.”

Originally signed under a Macao records company, Kylamary became an independent singer at the beginning of the year, managing her own shows, music productions, and meetings with clients. Despite getting busier, it suits better to her personality, and gives her more space and time for free creation. The song Revolution is a proud work of hers since becoming independent. “Many people think I am a Rock and Roll or Band sound singer by looking at me. Certainly, these are involved in some of my creations, but I actually sing soulful songs the best, those which make people cry from their hearts. My favourite singer is Sammi Cheng of Hong Kong, and her motto ‘making an impact with one’s life’ is also the major style of my singing and songs.”

From winning three consecutive times in the TDM singing contest to signing contract and receiving training in Hong Kong; returning to Macao and becoming an independent singer, Kylamary has considered giving up more than once, but has persisted till now out of her love for music and singing. “Currently I am also taking acting roles in stage dramas and mini-movies since I want to develop diversely. In the future I hope to plan my own concert and produce more songs to play in mainstream media for a fixed year. Most Macao singers are rolling out one song per year right now to participate in the prize giving ceremony but I do not wish to be like this. As a singer, I want to achieve more.”

Kylamary added that going into the future she and her team hope to continue giving play to creativity and make more new attempts like “Revolution” so as to attract the public’s attention to refocus on Macao’s musical creations.