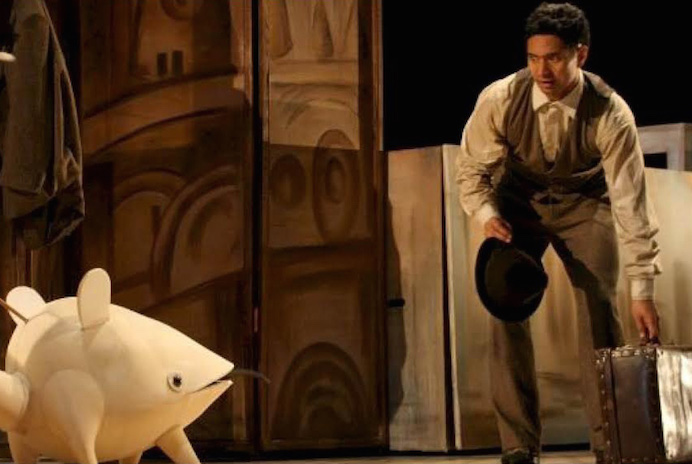 Adapted from its picture book, The Arrival: A Tale of Wonders enchants audiences with a world of fantasy.

Adapted from its picture book, The Arrival: A Tale of Wonders enchants audiences with a world of fantasy.

Macao featured 91 local theatrical productions and 23 non-local ones in 2013. With its script written for all ages, Broadway musical The Addams Family topped the box office with a record-high 16 showings at the Grand Auditorium of Macao Cultural Centre over summer holidays, attracting over 13,000 audiences.

As for the box office of local productions, excluding that of Science Drama of Macao Science Centre, the first place went to original musical Myth of Fox. Macao musician Joe Lei was the planner, screenwriter, art director, composer and lyricist of this co-production by Hong Kong, Macao and Taiwan, which was staged twice at the Venetian Theatre, attracting 2,500 audiences.

Musicals and comedies dominated the list of top-ten local and non-local productions, reflecting that a considerable number of audiences prefer these categories. Two performances by Dóci Papiáçam di Macao (Dócis), A Vote for Love and 20 ANOS… DÁLE MÁS!!! also made to the final ten, proving the charm of Macao Creole dramas.

The market of children’s theatres is to be reckoned, as five of the top-ten non-local productions were tailored for that market, namely The Arrival: a tale of wonders, The Circus Has Arrived, 3-Legged Tale, Hands Up! and Stone by Stone.