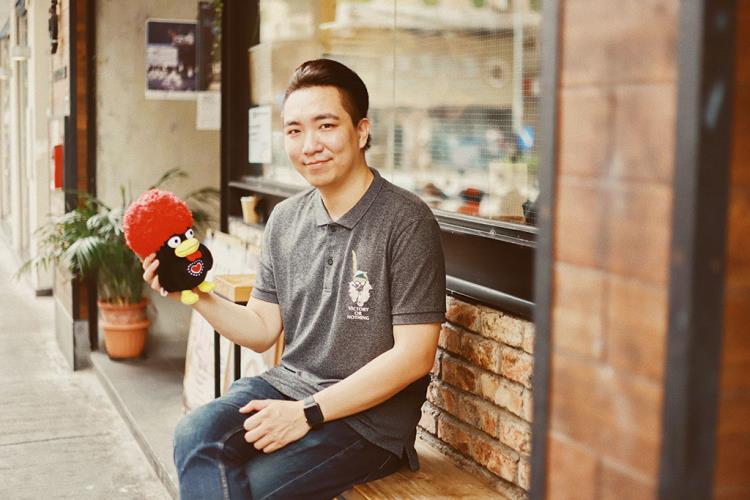 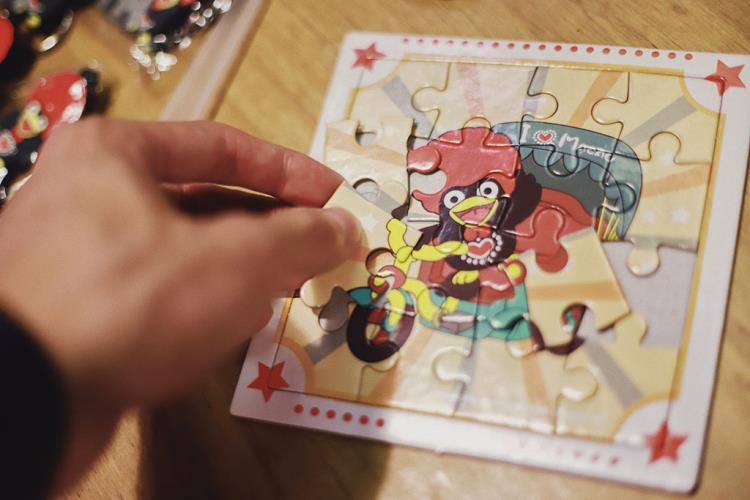 Galo-sorsorsorte: an original mascot that boasts influence through carnivals 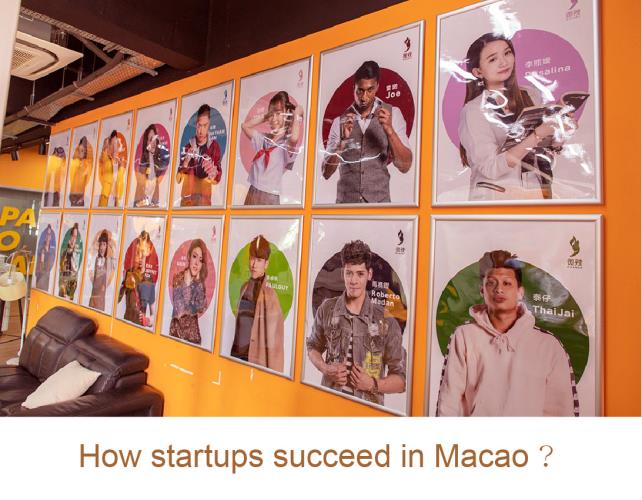 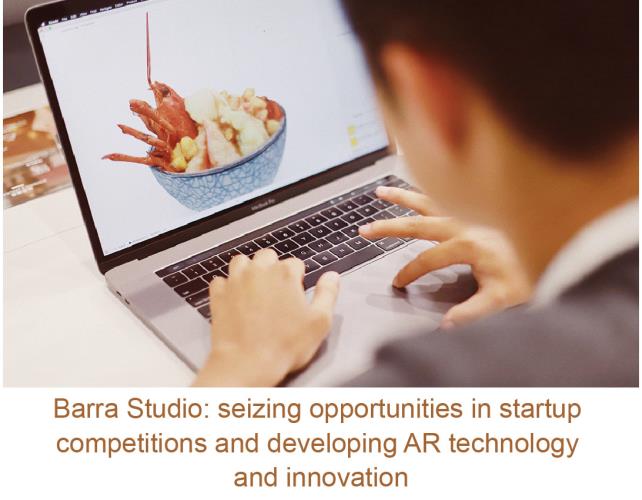 “Galo” means cock in Portuguese. Galo-sorsorsorte on the other hand is a mascot representing local cultures in Macao. Designed by local young talent Kuan Wai Lei (Wesley), the mascot was created based on Chinese and Portuguese cultures in Macao with local features. Wesley had previously held a few exhibitions. His mascot can be seen in different promotion activities as well. In the past year, Wesley has been very active, launching several themed carnivals with his mascot.

Embarking on an entrepreneurial journey

When he was 20 years old, Wesley often attended sales courses, where he learned that intellectual properties also generate profits. That’s the moment he started to form the idea of starting his own business. Even one year before he started studying design at Macao Polytechnic Institute, he had already been making creative products. His presence could be seen at the local New Year Flower Market and even the one in Hong Kong. In last horse year, Carrie Lam, chief executive of Hong Kong also came to buy his works.

The rise of creative and cultural industry helps Wesley gain momentum. He is hoping that he would be able to create a mascot that can represent Macao and build up a brand of his own. Five years ago, he saw a Portuguese-style chicken figure at a souvenir shop and instantly decided that it is the best representation of the cultural fusion of China and Portugal in Macao and the city’s history. From then on, he began to work on creating Galo-sorsorsorte. Even now, Wesley is still refining the mascot.

Not afraid of financial loss

Exhibition is a relatively low-cost promotion approach for companies in the line of innovative business. With the financial support from the government, Wesley participated in a lot of exhibitions, including art exhibitions and carnivals. Gradually he learned to utilise resources effectively and target popular exhibitions. Furthermore, he started to design interactive games that involve the public, giving his mascot figures to winners as presents. This helped his brand gain popularity among the public.

Wesley’s social network also expands as he attends more exhibitions, allowing him to organise bigger events. For instance, he cooperated with the food festival at Fisherman’s Wharf and set up 25 Galo-sorsorsorte game booths and inflatable castles for children at the Roman Amphitheatre. Even though the carnivals and exhibitions did not necessarily generate profit, Wesley believed that it is still a great tradeoff. In his opinion, building up the brand name is more important than temporary financial loss.

Venues and talents are rare in Macao

Carnivals and parties require a big venue. Unfortunately, Macao, being a very small city, might not have that many potential venues for Wesley except for the Fisherman’s Wharf and Macao Tower. “It is relatively hard to get permission from the government to use public spaces. So we still haven’t tried to make contact yet,” Wesley said, acknowledging that it is difficult to cooperate with public spaces. “As for the hotels and resorts, they like big international brands more.” This is the reason why Galo-sorsorsorte is only able to hold one or two big events each year. In addition to that, Galo-sorsorsorte finds it hard to recruit talents since there is a lack of professional talents that know about cartoon and have relevant experience in Macao. Besides, startup companies like Galo-sorsorsorte might not be able to take up the labour cost.

Besides holding events, Wesley also rolled out Galo-sorsorsorte merchandise like stickers, jigsaw puzzles, stationaries, and suitcases. These products had been the activity rewards at the very first Galo-sorsorsorte carnival at the Fisherman’s Wharf. In the future, Wesley is hoping to create some everyday products based on his mascot so as to increase the brand’s exposure. But then there is quality control concern. “Our manufacturing order is very small. Most factories in mainland China had turned us down or requested us to pay a really high price,” Wesley said. “Despite the high cost, the quality has been disappointing since only 600 out of 1,000 Galo-sorsorsorte stuffed animals are good. So we need to consider the manufacturers’ capabilities as well. We now adopt embroidery to lower the technical threshold for manufacturing in order to lower the chances of making manufacturing mistakes. We also ask our colleagues in mainland to inspect the products’ quality.”

Retailers are not familiar with Galo-sorsorsorte yet and therefore do not purchase products directly from the brand. The brand’s products are mostly consigned for sale on commission in bookstores, newspaper stands, and boutiques, etc. To improve the sales, Wesley is hoping to explore more sales channels and even set up physical booths in touristic areas. He wants the display of Galo-sorsorsorte products to be more systematic. Souvenir shops are under Wesley’s radar as well. His ultimate goal is to open physical outlets. “It has been my dream to have physical stores for my brand. But considering the rent and my brand’s current popularity status, it is not the right time yet,” he said, believing that it is necessary to know about the market and sustain a functioning operation first before jumping into the idea of opening brick-and-mortar stores. In his opinion, cartoon products are not essential products for consumers, which makes it very risky for him to stack up product supply.