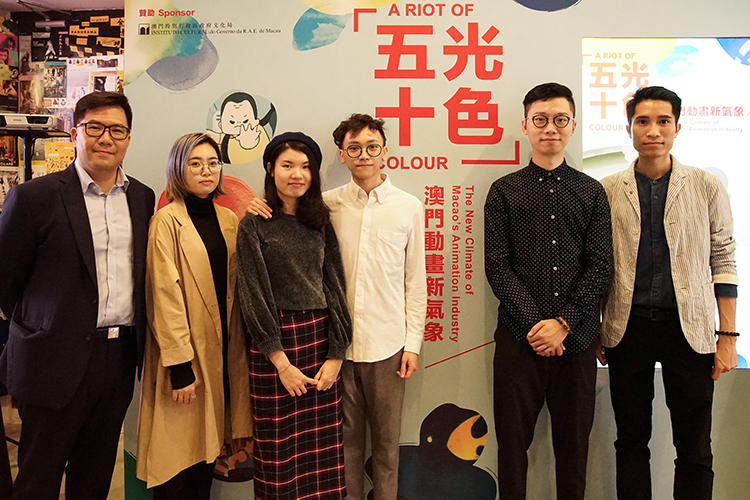 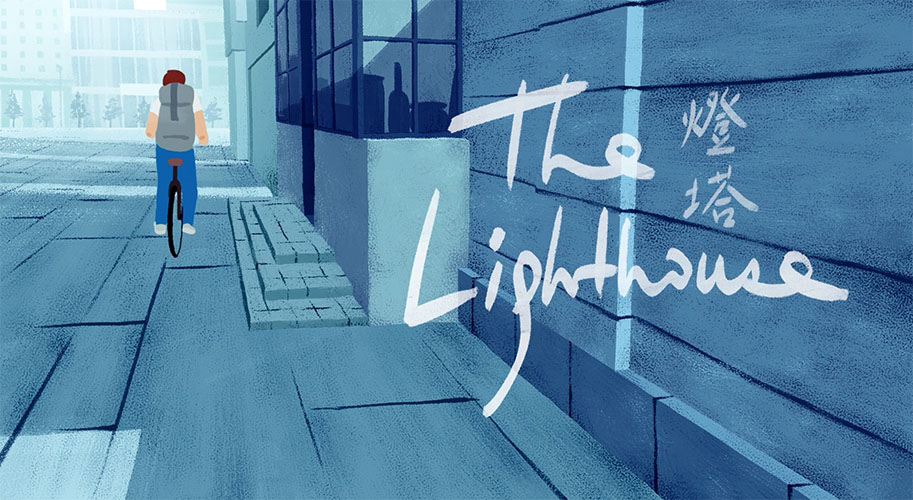 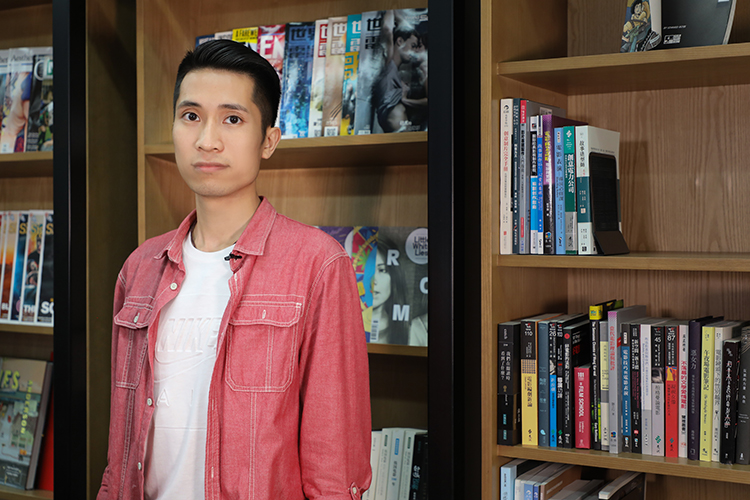 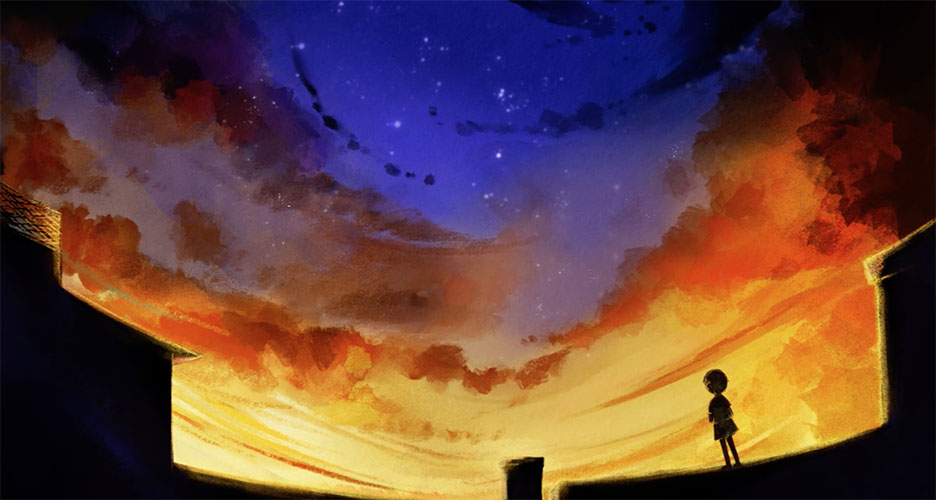 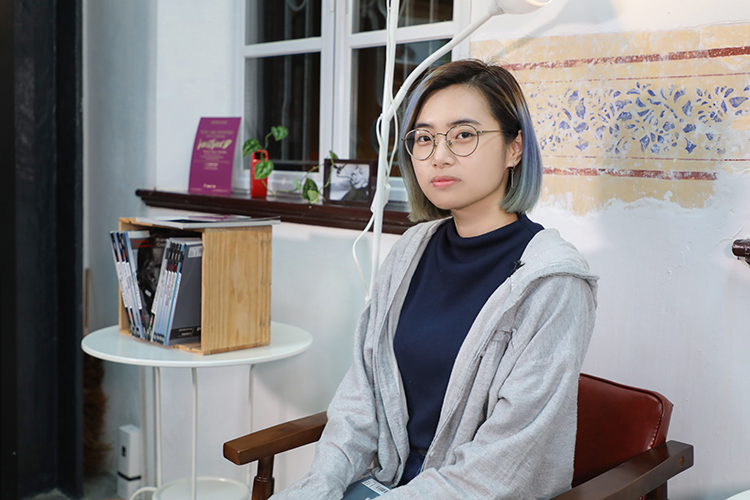 When making animations, even the simplest motion such as the character waving his hand for one second requires tons of work. Usually, it involves more than twenty static frames to express that simple motion. There is no doubt that animators need to put unmeasurable efforts into each of these frames to produce quality visuals. Recently, five local animations subsidised by the Subsidy Programme for the Production of Original Animation Short Films have started screening in multiple regions. This is a great opportunity for the audience to see quality films from local emerging animators and also a wonderful chance to showcase the possibilities that the animation industry in Macao boasts.

Memories of a Lighthouse in Macao

Launched in 2016 by the Cultural Affairs Bureau of the Macao SAR Government, the Subsidy Programme for the Production of Original Animation Short Films aims to promote the development of the animation industry in Macao and cultivate emerging animation creators, producers and planners. The programme’s panel eventually selected five out of 22 project applications after the intial and second reviews. The selected animations have recently finished their productions and are screening in several cities and animation fairs this year. For instance, there are “Moving Image Programme: Independent Yours” held in Hong Kong in April and “CMM Multimedia, Animation and Comic Exhibition” held in Macao in May. Among all, local animator Jay Lei’s The Lighthouse has been shortlisted by the Monstra Lisbon Animation Festival and the Athens Animfest, etc.

In The Lighthouse, the main character Luke climbs to the top of an abandoned lighthouse and tries to restart the machinery and shed light on his old memories. This is actually Lei’s own personal story. “When I was still a kid, I would look at the Guia Lighthouse from my room. The light from the lighthouse would shoot across our window and project on the wall,” Lei told us. “After years of urban development, the new buildings nearby have blocked most of the lighthouse. But I always remember what it felt like to see that lighthouse. I am hoping to preserve this great memory in the form of story.”

Waiting for the opportunity

Even though the length of the entire film is only about seven minutes and a half, it nevertheless took Lei great efforts to reconstruct his childhood memory. According to Lei, he had changed the script around eight times with the advice from the panel since he submitted the original proposal in the end of 2016. It wasn’t until early 2018 that he finally started making the animation. Then the production took him another nine months to finish. The animation film was created with hand-painted pictures, telling Lei’s story through warm colours and water chalks. “I painted more than ten pictures just for the background. It was a great challenge to me,” Lei said. Graduating with a Master of Fine Arts in animation in the Netherlands, Lei has been doing commercial works related to animation and graphics after returning back to Macao. “These projects I worked in essentially serve the clients. I always want to make my own content. The subsidy programme gave me that chance,” Lei said.

Another beneficiary of the subsidy programme, Zue Ku, describes her experience as a dream-come-true journey. Ku majored in animation and design when she was studying in Taiwan. After returning to Macao, she worked as a graphic designer and couldn’t find the opportunity to truly learn about the animation industry in Macao. “I have always had the dream of making animations since I was little. So when I learned about the subsidy programme, I figured I must give it a try or else I might not have the opportunity to do so in the future,” Ku said. Just like other animation projects that were selected by the subsidy programme, it took Ku nearly two years to plan and produce her five-minute animation Starry Sky. Starry Sky is also a hand-painted animation, featuring elements of fairy tales. It tells the friendship between a socially-awkward boy and a fish. “Nowadays there are many animations that focus on the environmental protection agenda. But I want to focus on the aspect of how we think and feel. I don’t want to make the animation overly complicated. That’s why I want to tell the story from the perspective of a kid,” Ku explained.

Both Lei and Ku had a fulltime job when they were making the animation last year. They could only work on their animation in their spare time. “Basically I thought about the animation all the time. When I wasn’t busy with my job I would think about the production and what improvements I could make to perfect it,” Ku told us. Besides having limited time, Lei and Ku also found the lack of talents was another great challenge. Although the pair had worked as multiple roles such as the director and scriptwriter when making the animation, they still found it impossible to complete the project by themselves. “So I found two friends to do the character animation,” Lei recalled. “But there aren’t that many professional talents in Macao. It took me quite a while to find the second hand-painted animator.”

Making use of limited resources to realise creativity

The subsidy programme provided each animation film project with subsidy up to a maximum of MOP240,000. In addition to that, the programme’s panel, consisting of experts from mainland China, Hong Kong and Taiwan, would share their experience with the animation project teams and offer their advice on the production. Toe Yuen, an animation director and scriptwriter from Hong Kong, was a member of the panel. He pointed out that these animation film projects test the producers’ capabilities in translating creativity into content, project management and coordination. “Independent film production is more than just about making a good film. It requires the producers to know how to manage the entire production process with a limited budget,” Yuen explained. “It is an art that is often neglected. It is very intuitive for people to think the director only has to have good ideas.”

From Yuen’s perspective, the quality of the five animations has met the standard and show good content. Some of the animations that are going to participate in overseas animation festivals also have the capabilities to compete with films from talents from all over the world. The Subsidy Programme for the Production of Original Animation Short Films learned from the experiences of neighbouring regions and is more matured and detailed than the ones in Hong Kong. “Macao’s subsidy programme had a second round of selection process. Candidates that entered the second round needed to create some of the proposed content that would allow the panel to make a more comprehensive assessment. This ensured the quality of the selected animation projects,” he said.

When talking about Toe Yuen, many people might not instantly realise who he is. But the animation films he directed, for example, My Life as McDull and McDull, Prince de la Bun, were the top animations that Hong Kong has to offer in recent years. Yuen believed that the success of the McDull series was also partially a result contributed by good luck and opportunities. But most importantly, the McDull series had already entered the market in the forms of manga nearly ten years before the films came about. That said, the development of the manga industry is the cornerstone of the animation industry. Given the fact that the animation industry in Macao is still in its initial developmental stage and there is a lack of investment and major production companies, Yuen believed that professional talents working in the line of animation should work closely with each other and establish a supportive community. “We need to know what others are good at,” Yuen said. “So when there is a project that requires a team, we will know who to turn to. We can help each other out.”

The subsidy programme was a great opportunity for Lei and Ku to expand their network in the industry. “Originally, I just wanted to finish my project and upload the final work to online platforms and be done with it. But after participating in different film exhibitions and getting in touch with many people in the industry, I realised that there could be more to it,” Ku said. “The project has gone way beyond my original plan and during this process, I met many animation producers. Without this subsidy programme, I wouldn’t get the chance to know that there are quite a number of people doing similar things. I wouldn’t know that the animation circle is actually not that small,” Lei added.