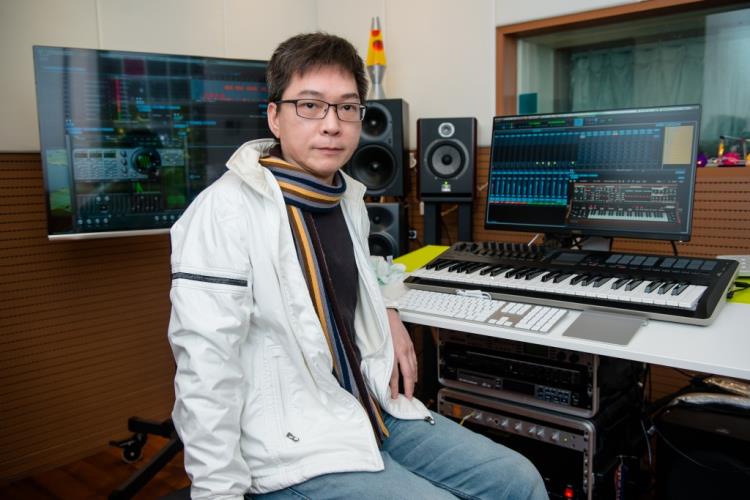 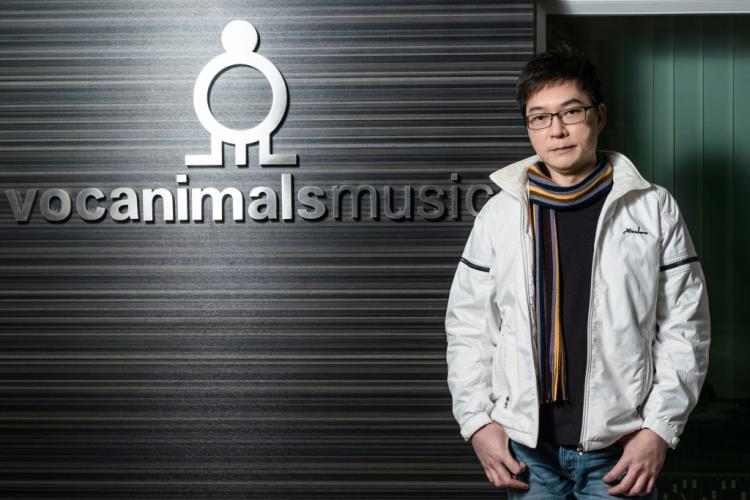 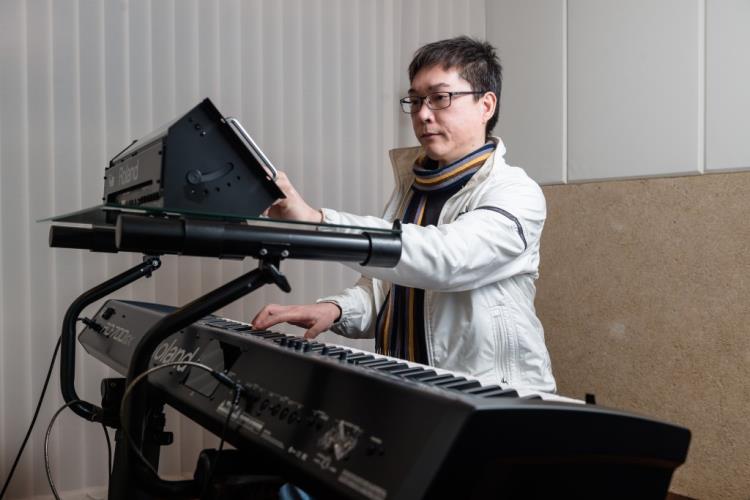 Vocanimals Music Co. Ltd. is the first professional music production house in Macao. Its executive director, Michael I.F. Fong, divides his time between Hong Kong and Macao, and has written many popular songs including Eason Chan’s Peace Hotel, Jun Kung’s Dum Da D Dum and Aaron Kwok’s Luck. While Fong is pleased to see the rise of the music industry in Macao, he also remarked that support for the industry and quality of the music output, have room for improvement. He pointed out that, in order to promote the development of Macao’s music industry, it is vital to discover the uniqueness of its homegrown music.

Born and raised in Macao, Fong set up a band with his classmates when he studied at Yuet Wah College, taking up the role of the keyboardist. After he graduated, Fong went on to work as a freelance music producer. “That’s how it used to be in the 1990s. We used to divide our time between our day jobs and our after-work hobbies. I was in the same team as Jun Kung and Solar. It seems as if we are the only ones left to pursue music,” said Fong.

With the recommendation from Kung, Fong moved to Hong Kong to further his music career. His work is wide-ranging, from music production, music publishing, to signing up artists and HR training. With his extensive experience in the field, Fong went on to set up the first professional music production company in Macao in 2003. His company offers a one-stop solution for training artists, publications and multimedia production. “In Hong Kong, I have met many professionals and learnt more about the trade. There is a lack of such companies in Macao, so I feel that it is an opportunity worth exploring.” Later, Fong took up the producer role at Warner Music (HK) Limited, and continued to divide his time between the two cities, engaging in both music production as well as composition.

Having worked in Macao for so many years, Fong has produced a considerable portfolio, including the first Cantopop album in Macao entitled Casimiro de Jesus Pinto; the solo album Rua de Felicidade by Portuguese singer João Gomes, and the special album Macao in the New Epoch to mark the handover of Macao in 1999. Fong felt that much needs to be done to spur the growth of Macao’s music market. “I asked my friends whether they’d listen to local songs, and they teased me saying that they know they are listening to local songs because the quality of those songs is bad. It’s a joke of course, but I am also sad about it. I think that this is a challenge that Macao’s music industry has to tackle.”

Fong explained: “the music market in Macao is not very integrated. Because it is rather divided and lacks cohesion, the quality of work is not sustained. Actually, there are lots of people who make music here, but the majority lacks quality, and gives the international audience as well as music production houses an impression that our music is amateurish.” He felt that there must be a more cohesive scene and better quality control on the music output, in order for Macao’s music scene to flourish.

With a small population, Macao has only a limited local market. Fong observed that this has made it more difficult to sustain its own music scene, as compared with places like Hong Kong. “Many people said that the gaming sector in Macao has led to a thriving economy, which in turn spurs the growth of the music market. While I agree that this may be helpful to a certain extent, I don’t think it is enough. After all, those entertainment programmes at the casinos are merely based on the US entertainment model, and lack the local elements.” Fong pointed out that the insufficient sales have prevented international entertainment companies from setting up offices in Macao. Without international talent, it is difficult for the locals to gain more experience. This in turn leads to a vicious cycle and hampers the development of the music market.

“What’s more, the lack of diversity in Macao’s media means that good music does not get promoted enough, and limits the opportunities to showcase our local music,” Fong said.

Despite the drawbacks, he felt that breakthrough is possible, as long as the local music market differentiates itself by its unique local attributes.

“Many people said that Hong Kong’s music is just karaoke music, but indeed, many of the Hong Kong pop songs are adapted from Japanese songs. Do they become Hong Kong songs simply by adopting Cantonese lyrics? Obviously not. Culture is not a straightforward equation. Hong Kong music is recognisable because there is a certain unique quality about it. This helps them with their market positioning and to amass sales internationally.”

According to Fong, while the demographics and political circumstances for Hong Kong and Macao are quite different, there are commonalities between the two cities in terms of culture, language and the communities. It is common to see that certain cultural trends in Hong Kong, Taiwan, Japan, Singapore and Malaysia take several decades to be firmly established. Macao is no exception either. “However, if we are still aiming to replicate the karaoke song culture of our neighbouring city, then we will have no hope of creating our own image,” Fong said.

“It is vital for us to ensure the interplay of art, commerce and culture so as to encourage creativity. These elements are still evolving in Macao, and while we can already see some progress, there is plenty of room to develop the market further.”