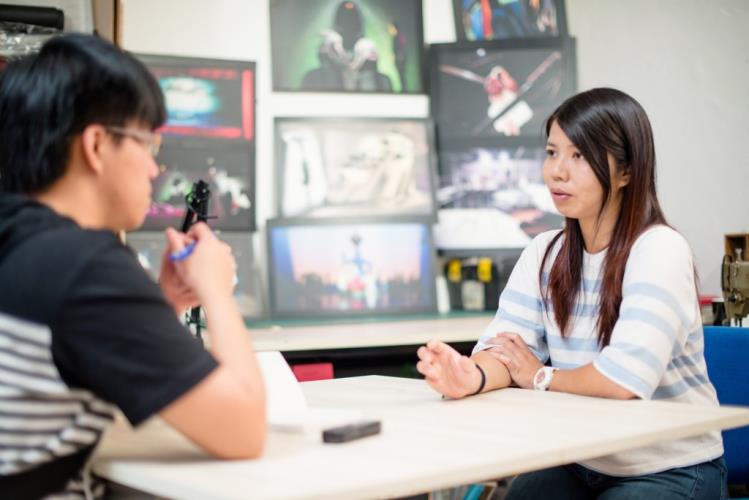 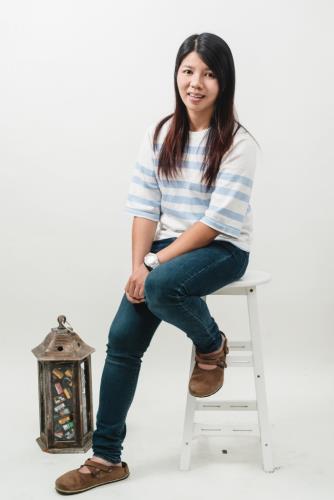 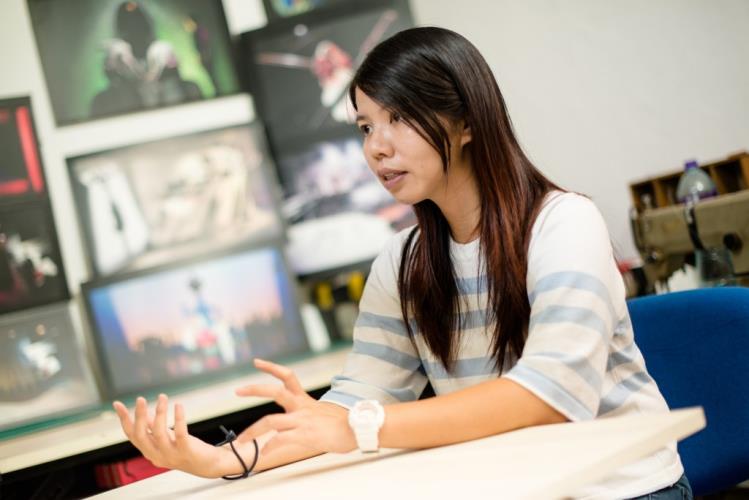 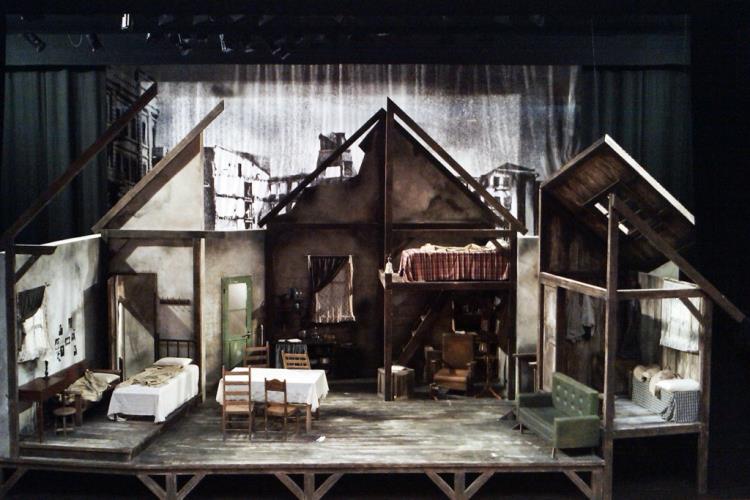 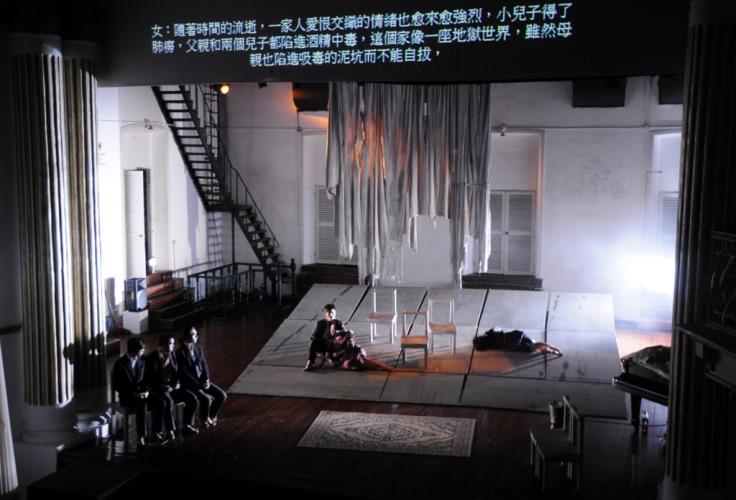 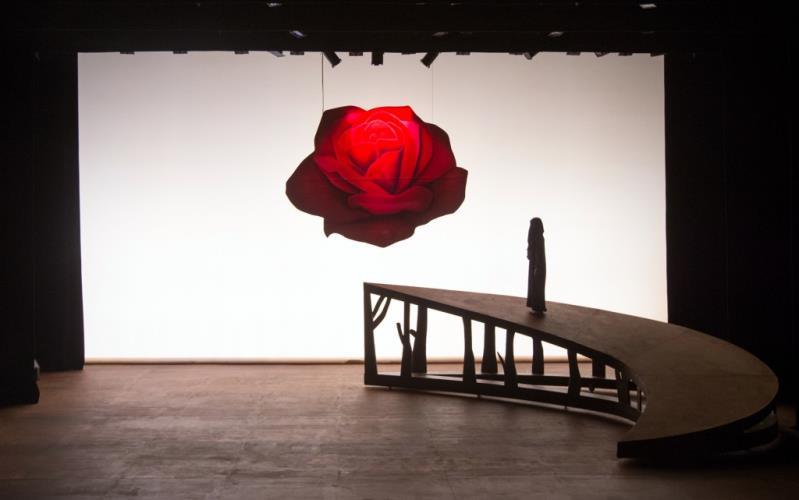 Set designer Cola Wong graduated from the Department of Drama and Theatre of the Taiwan University in 2009. After that, she worked as a set designer in Macao for two years. For a period of time, she felt blocked creatively. In order to break through the bottlenecks in the design process, in 2011, she pursued a master’s degree in design for performance at the Royal Welsh College of Music & Drama in Britain. After recharging her batteries, she returned to Macao and has been teaching in the School of Arts at the Macao Polytechnic Institute and the School of Theatre at the Macao Conservatory. But Wong is probably most well-known for her role as a set designer. She has created theatrical, dance and opera scenery and props, including the iconic red rose prop in Blood Wedding and the ghostly scenery in Long Day’s Journey into Night.

Wong studied design for performance in Taiwan and Britain and she has learnt a lot from both places. She remarked that Taiwan follows the syllabus in the United States and focus is given to the ability to present things. Students have to learn techniques like tailoring, carpentry, set making and painting. “In Taiwan, skills and techniques are important in the training. For instances, if you have to create a backdrop, you have to collect samples of different wood grain and select the most suitable one to make the backdrop. In this way your skills will be enhanced. Importance is given to the similarity between the draft and the final product.” After graduation in Taiwan, Wong came back to Macao. Her set designs back then fully reflected her ideas and her style used to be quite realist. The sets in The Diary of Anne Frank are one of such examples.

On the other hand, the education in Britain gives more focus on creative thinking. Wong said: “Let’s take making a mug as an example. In Britain, no matter how busy you are, a coffee break cannot be skipped. During the break classrooms will be locked and students are not allowed to go inside even they have not yet finished their work. The professor explains that it’s not important to finish making the mug because a mug has a fix shape. You won’t find anything interesting even if you finish making it. The key is to find out the most beautiful part of it given that time is limited, and then think about where to pause and to reflect on what to do. Things would only become interesting when you do not follow the usual practice.”

In Britain, Wong learnt that there are more possibility in the process of design and creation. “In Britain, professors do not stop or criticise students because they have a different opinion. On the contrary, they stimulate you to think and think again. When you have finished your work, the tutor will point out which part he likes. If you want the whole piece of work to be appealing to him, you need to think and discover the problem and fix it all by yourself.” After finishing her studies in Britain, Wong’s theatrical style has changed from realist to simplistic, and she is more capable of understanding what the play really needs. She was in charge of the costume and set design in Long Day’s Journey into Night, which won the 14th edition of the Tashin Arts Award.

Having got experiences from both places and now back in Macao, how would Wong evaluate Macao’s theatrical design and what styles should Macao follow? Wong said: “Now there are only five set designers in Macao. Most of us were educated in Taiwan and inherited the American style, that is, we focus in skills and techniques. But we do not have the necessary facilities and teachers yet so it’s too early to say that we have a strong theatrical culture here.”

In Britain, set designers usually have assistants to help finish other parts of the work. The designer only needs to focus in designing. Once the draft is done, it will be handed over to the producer. But in Macao, like Taiwan, the designer has to be in charge of painting, backdrop production, props and other technical stage services. Basically it’s a one-man operation. Moreover, Wong also pointed out that Macao does not have any scenic studios to produce theatre sets and now Macao has to rely on a studio in Hong Kong to make the backdrops. “Let’s take a look at Hong Kong Academy for Performing Arts and Taiwan’s school of design for performance. They all have well-equipped pottery studios, woodwork and metalwork studios for making backdrops, as well as a painting room. Macao’s institutes do not have such facilities yet. And the education in theatrical design is still far from perfect.”

As to how to develop the sector of theatrical design in Macao, Wong said: “It’s impossible to do it by just one person in a short period of time. First, Macao has to have an institution that is willing to provide well-equipped facilities for theatrical design like scenic studio, painting room and prop production studio. Second, a platform is needed to showcase the work. If the government is willing to provide opportunities to students to take part in the design, and if there is such scenic studio in Macao, students therefore can hone their skills during their internship. Finally, it’s necessary to hire qualified teaching staff to teach different aspects of theatrical design so as to enhance students’ learning experience.”