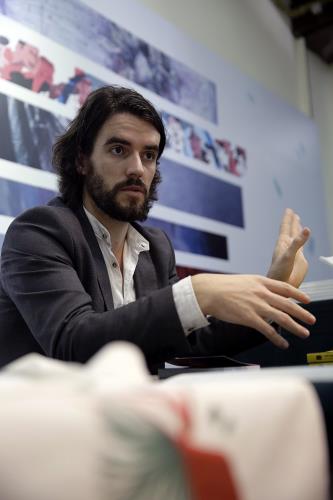 “We hope that this festival can kindle interest in Macao as a place of culture and narrative among writers, and help to encourage more world literature that celebrates the city,” says Hélder Beja , Vice-Director of Macau Literary Festival.  Photo courtesy of Around Chao 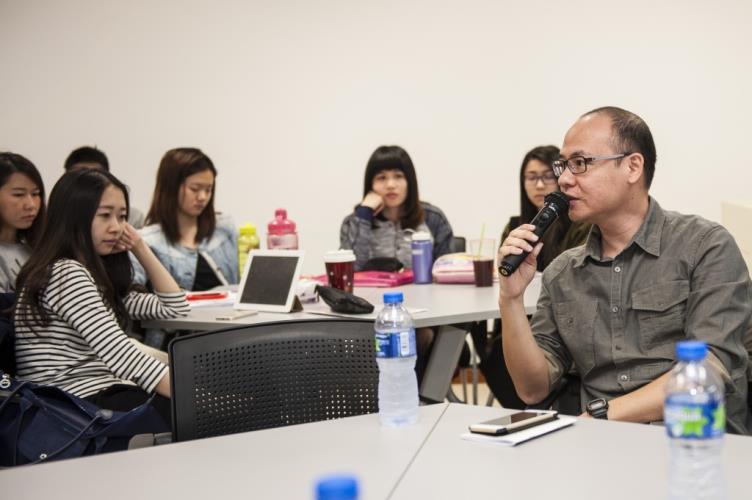 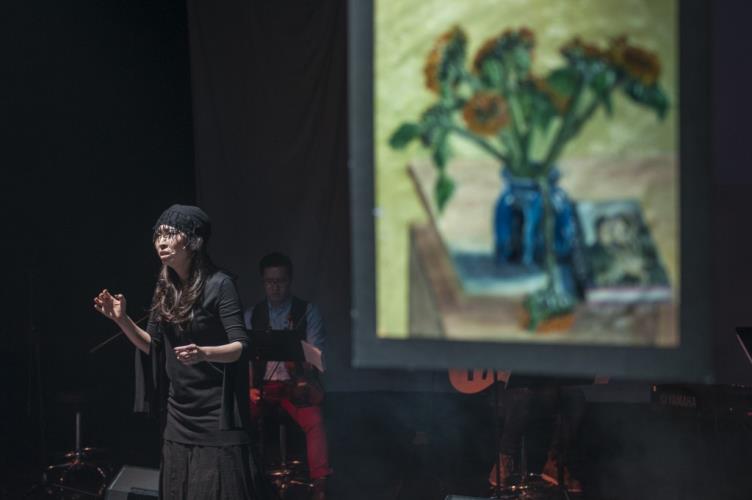 The Doomsday Hotel, a novel written by Hong Kong writer Wong Bik Wan and set in Macao, has been transcribed into recitation and music in the Macau Literary Festival.  Photo courtesy of The Script Road | Tatiana Lages “We hope that this festival can kindle interest in Macao as a place of culture and narrative among writers, and help to encourage more world literature that celebrates the city,” says Hélder Beja , Vice-Director of Macau Literary Festival.  Photo courtesy of Around Chao

The Doomsday Hotel, a novel written by Hong Kong writer Wong Bik Wan and set in Macao, has been transcribed into recitation and music in the Macau Literary Festival.  Photo courtesy of The Script Road | Tatiana Lages

As a city where Chinese is the predominant language for both everyday life and the language medium for writing, many have found it bewildering why Macao’s leading newspaper, Ponto Final, has decided to host the Macau Literary Festival. The festival’s vice-director, Hélder Beja, said: “Looking back, when Ricardo Pinto and I first discussed to organise such a festival in 2011, our idea is to address the lack that there is not a single literary festival in China, Portugal or Brazil that can offer a platform for sharing and exchange among those who write in Portuguese and in Chinese.”

Leveraging the uniqueness of Macao, a city steeped in both Chinese and Portuguese cultures, the first Macau Literary Festival was held in 2012. Beja said: “Other than the works by local writers, there has been a lack of interest in Macao as a place of narrative among writers in other regions. We hope that this festival can kindle interest in Macao not just as a destination but in as a place of culture and narrative among writers, and help to encourage more world literature that celebrates the city.”

The festival has a broad-based appeal: in addition to seminars, exhibitions to poetry readings, there are also events that cater to popular media, such as concerts, visual arts, film and drama screenings. This strategy not only makes literature a much more friendly and approachable form of art, it promotes a more festive atmosphere as people share and discuss literature. One of the fiction writers from China represented in this festival, Yan Ge, remarked on the receptivity of Macau Literary Festival and her refreshing experience at the festival, a place where both rock music concerts and literary events were celebrated, and a precious opportunity where she could meet with Portuguese writers for the first time.

Now in its fourth year, the Macau Literary Festival, according to Beja, enjoys unprecedented success in these areas: “Firstly, we were able to collaborate with schools and children’s literature authors to bring literature into classrooms, encouraging young readers to take part in our activities. Secondly, we have amassed great support from the media this year, particularly the widespread media coverage in Hong Kong on our events. Lastly, the fact that we managed to use The Old Court Building as a main base for this year’s festival means that the festival becomes much more visible and accessible than before.”

Being known for its casino enterprise and tourism more than for its literature, Macao’s government has hitherto paid little attention to the literary festival vis-à-vis other festive celebrations targeted at the tourists. Beja said: “There are many other events organised or sponsored by the government that receive a much bigger portion of financial support, even when its impact in society or what remains at the end is probably less significant.”

In 2012, the first Macau Literary Festival was funded solely by private sector, i.e. Ponto Final, with a mere MOP $300,000 coming from the government. In the second year, with the Cultural Affairs Bureau as a partner organisation, the government sponsorship has increased. This year, the festival has won the support from both the Cultural Affairs Bureau and the Macao Foundation, as well as the Secretary for Social Affairs and Culture and the Macau Government Tourist Office, and received MOP $1.45 million worth of government funding, adding up to a total budget of MOP $2.7 million including private sponsorship. Beja conceded that, with the more generous funding, they are most likely to achieve a break-even this year.

This year’s festival boasts a strong list of writers and film professionals, including Wang Anyi, Ann Hui, Wong Bik Wan and Murong Xuecun, as well as Ondjaki, Francisco José Viegas, Maria do Rosário Pedreira and João Botelho, from the Portuguese-speaking countries. However, the festival programme was not announced until a very late stage. Beja explained: “The festival is run by a very small team, with most of the officers working part-time. It is not always easy to mobilise sufficient manpower to support the growing scale of the festival. Moreover, since we want to prepare all the publicity materials and brochures in three languages (Chinese, Portuguese and English), and the programme has grown bigger, the workload has been increased significantly.” He added that it is their plan next year to announce their speakers and programmes in early February next year, so as to capture a wider audience for the festival in March.

Going through the list of festival speakers, one notices that local writers are far and few between. Agnes Lam, a local writer, said: “The organiser has always been keen to invite local writers to take part in their programmes, however, given the tight timeline, and the fact that most local writers do not write full-time, it is rather hard for them to join the events at short notice. Another hurdle is concerned with, to some extent, communication barriers between Chinese language and Portuguese language writers. Both groups of writers would need more time in advance to read the works of each other before a fruitful exchange can take place. Most writers outside Macao are not even aware of our literature, particularly since they don’t know the Chinese language, and there is such a lack of translated editions for the local writings. These have made a truly productive exchange of views difficult.”

Despite the setbacks, the festival has been strong in advocating “writing Macao”. Other than commissioning Chinese language and Portuguese language writers to create works on Macao, the festival actively promotes the works of local writers. This year, the organiser has championed the translation of the popular book The Assassin by Joe Tang into three languages, i.e. English, Portuguese and Simplified Chinese; while an anthology entitled Rule of Three, featuring short stories and poetry on Macao by local and overseas writers, has been compiled and published in three languages. Besides local print and distribution, the anthology is also available as an e-book, so that more readers overseas can have the opportunity to learn more about Macao literature.