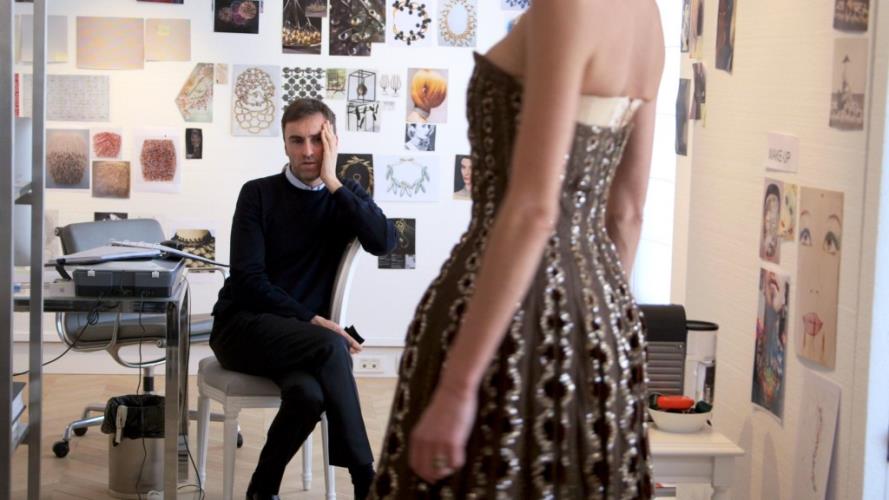 Film still for Dior and I  Photo courtesy of Dogwoof Ltd.

Film still for Dior and I  Photo courtesy of Dogwoof Ltd.

This article is neither a movie review nor a fashion blog. We are just curious about Yves Saint Laurent’s everlasting impact on art creation. Not only he was a fashion icon, even after his death, he was transformed into a fascinating subject in films. Pierre Bergé once said, “Fashion is not art, but it needs artists. Yves Saint Laurent is that great artist.”

Glamorous couture, attractive actors and actresses are essential for a fashion-related film, nevertheless, a good story plot is key. Fashion designers who see fashion design as merely a business can only tell us stories about making and losing money; artists, on the other hand, can show us how passion is injected into their work. Saint Laurent was bold as a man and provocative as a woman. His trend-setting Le Smoking tuxedo suit, the use of power suits and hunting clothes for women were revolutionary and inspiring for filmmakers.

Films on Saint Laurent are certainly not the first time fashion crossover with other art forms. Frédéric Tcheng’s 2015 film Dior and I is another good example. It is about how Raf Simons, who gains his reputation by menswear design, put together his first womenswear collection and took over the exclusive custom-fitted clothing services after he became the creative director at Christian Dior. Underneath the intense story plot, the film is really about the endless passion of a fashion designer.

A respectful fashion designer does not only work for profit, but also creativity. Agnès Troublé, the founder of the French brand agnès b. and the master of fashion minimalism is a crime film fanatic. Her extensive involvement in the film industry includes becoming a dubbing actress, sponsor of many major film festivals, producer of a dozen films and an enthusiastic film promoter by displaying film posters in her shops. Troublé also directed her first film My Name is Hmmm… in 2014 and had a charity film premiere co-hosted with the Taipei Golden Horse Film Festival.

People who join the cultural and creative industries are not only motivated by profit, but their passion. Enthusiasm generates creativity, the spirit of the founder is always the backbone of a brand. Unfortunately, some constantly mistake the means for the end and try to quantify the success of a cultural and creative brand by its revenue, which we find such opinion quite amateur and absurd.