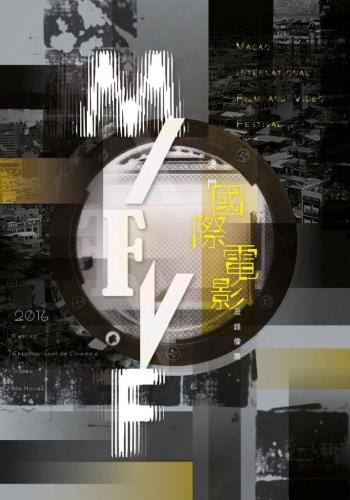 Recently, Macao filmmakers were thrilled that Crash, a short film by local film director Hong Heng Fai is nominated at Taiwan’s Golden Horse Awards for the Best Live Action Short Film. At the time of writing the result was not yet known. If a Macao film wins the award it will be extremely good news. Before Crash was made, Hong had participated in the “48 Rush Hours” activity in Macao International Film & Video Festival (MIFVF). His creativity was showcased in Before Dawn which led him to win the award. In 2015, two of his short films, In Memory of Her and Caged, were launched in the Macao Indies session in MIFVF. The films show that Hong has made new attempts at narrating the stories. Crash proves that Hong has made improvement in narration, cinematography and production design. This has made us so look forward to his attempt at directing feature films.

Since 2007, the Macao Cultural Centre has been hosting the Macao Indies session in MIFVF, which attracts a number of local filmmakers to participate every year and has become an important event among film lovers in Macao. It is also an important platform for local filmmakers to launch their works. The Macao Indies session is arguably the driving force for promoting  the growth of the local film industry. It is all-inclusive: documentary, short film, animation, you name it. The quantity and quality of nominated films are also improving year by year. The session especially has a huge impact on the making of documentary films in Macao. About 50 documentary films were subsidised since 2007. Participants not only got the necessary funding for the production, but also professional advice on film directing. It has groomed a number of talents in documentary film making. They include Choi Ian Sin, Ho Wai, Wallace Chan and Benz Wong, among others. Quality documentary films like HERstory Jeritan, We Love Dance, 2200KM, I Repeated, Ten Years – The Dream of Dance, Time Travel, Into the Void, I’m Here, Crossing the Bridge of Macao, Sirena, Farming on the Wasteland, Fonting the City and Two Sides, were born accordingly.

In 2012, the organiser renamed the session Macau- Local View Power and expanded the category to include short films and animation.  This allows filmmakers more room to make new attempt. In the short film category, up to now a number of films were subsidised, including A Friend of Mine, Two Funerals and a Movie, Crossroad, Absurd World, Ugly Before, In Memory of Her, The Kids Project, Crash, Friend or Pho and A Summer Ghost Story. The programme has also groomed new talents for the industry. They include Choi Ian Sin, Ho Fei, Keo Lou, Lee Ka Wai, Fio Pang, Hong Heng Fai, Nancy Io and Kaiu Choy.  Filmmakers with certain experiences can participate in the “public group” or the “advanced group” and continue to work in the film industry. Apart from promoting local films, the International Films session introduces quality films from other parts of the world to local audiences every year. With a wide range of subjects, the films are a vehicle to expand the horizon of the audiences. Also, The View Finder to Asian Film programme and AniMacao programme promote a diversity of films in Macao by introducing non-commercial films to the audiences.

Over the last ten years, Macao Cultural Centre provides certain subsidies and professional advice to filmmakers, as well as venues for screening and holding seminars, and allows filmmakers to meet the audiences and the judging panels. Its contribution to grooming local film talents and audience development is obvious. Also, the Cultural Affairs Bureau has launched the Support Programme for the Production of Feature Films and the Guangdong-Hong Kong-Macao Film Production Investment and Trade Fair. These all have positive impact on the growth of local feature films and allow short filmmakers an opportunity to venture into feature filmmaking. A stable and healthy film industry and film-related policy are essential to the growth of talents. We expect that apart from financing filmmakers at the early stages, the government can extend support to post-production and distribution overseas so as to let Macao film industry grow steadily.

How to run a temple?

The making of wagashi