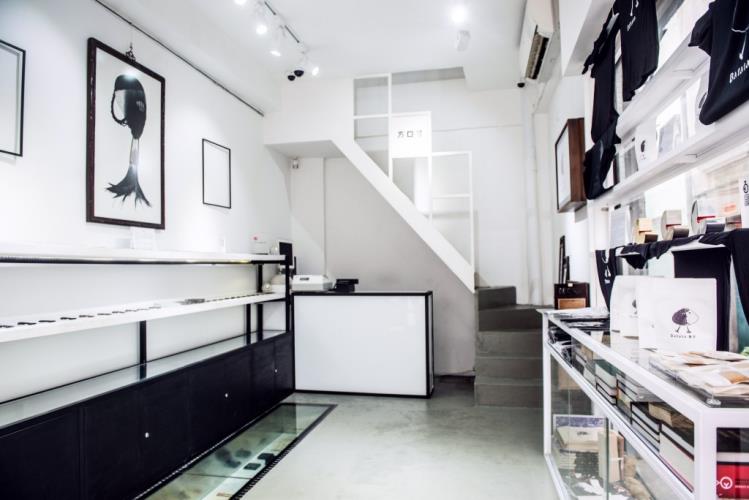 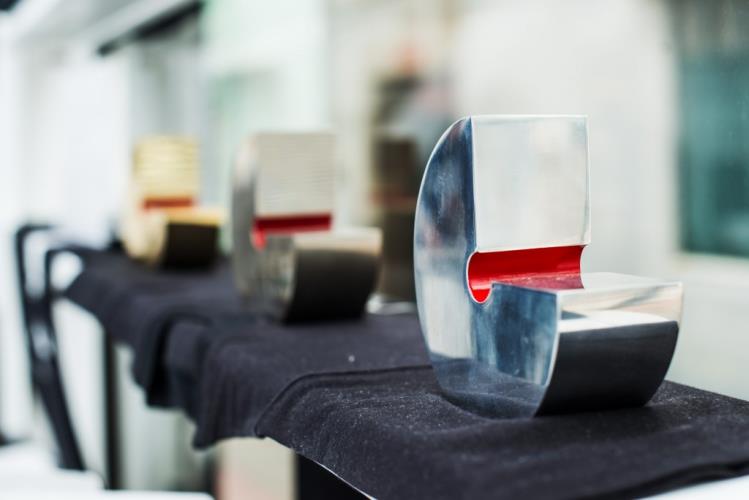 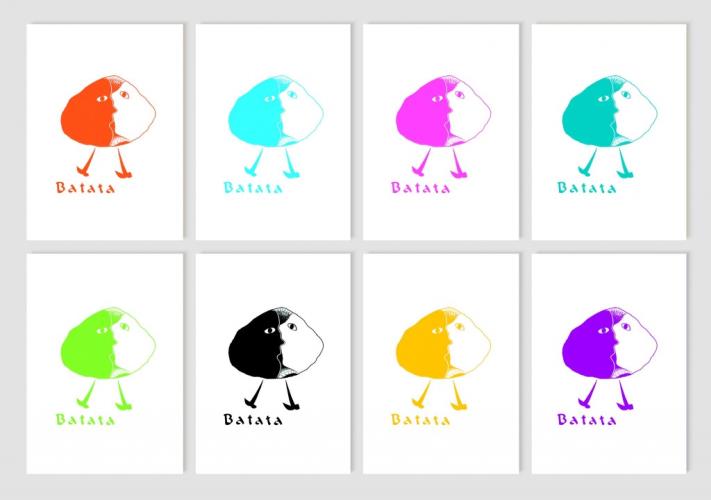 The “Batata” series which consists of items like postcards designed by JOC Square. The logo is a pair of potatoes kissing each other. Photo courtesy of interviewee 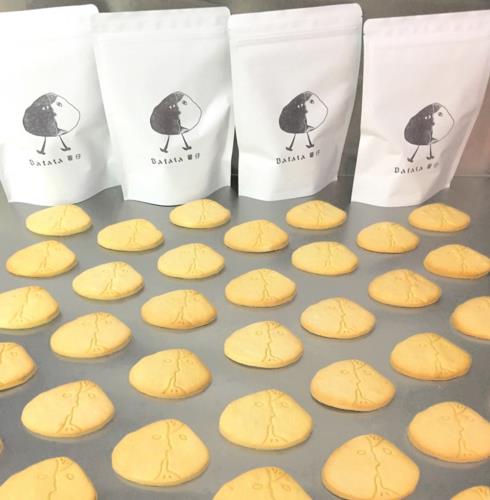 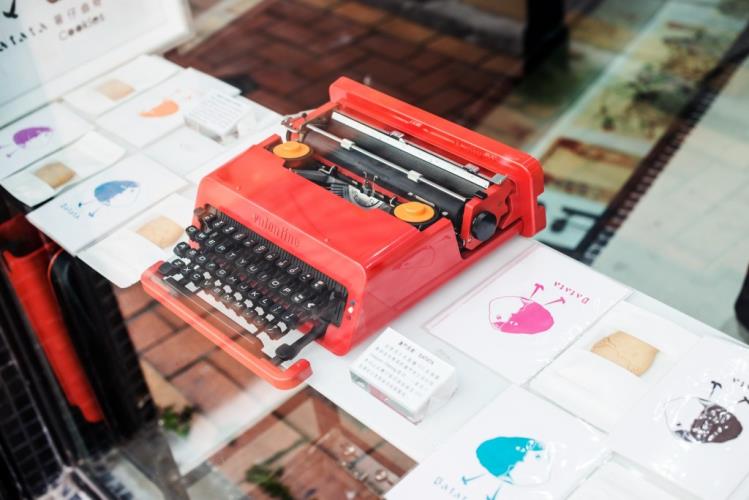 The “Batata” series which consists of items like postcards designed by JOC Square. The logo is a pair of potatoes kissing each other. Photo courtesy of interviewee

International brands like New Balance, Apple, Tesla have recently been fighting trademark battles in the Mainland. Costs of litigation can be several millions of dollars and in more extreme cases, billion dollars of compensation have to be paid. Is this issue totally irrelevant to the creative industries in Macao? Probably not. Intellectual property rights are so relevant to us but we have so little understanding about what they really are. In the Feature, we invite representatives from JOC Square and Hylé Design Macau to share their experiences of registering their trademarks and patents in Macao and the Mainland. Information about relevant applications in Macao is also provided. What is the most important asset of a brand? Of course, it’s the brand itself. 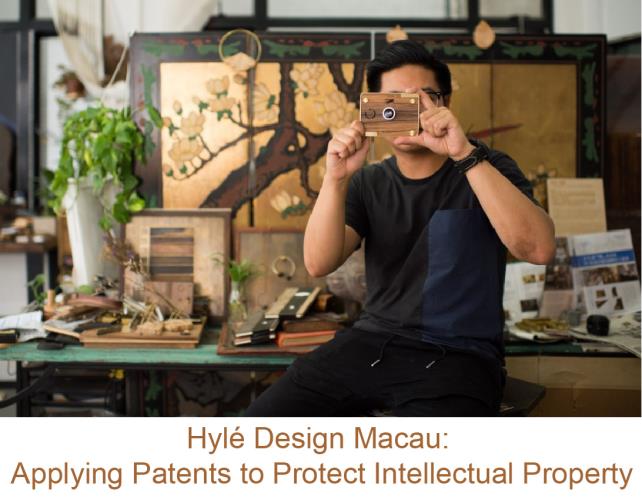 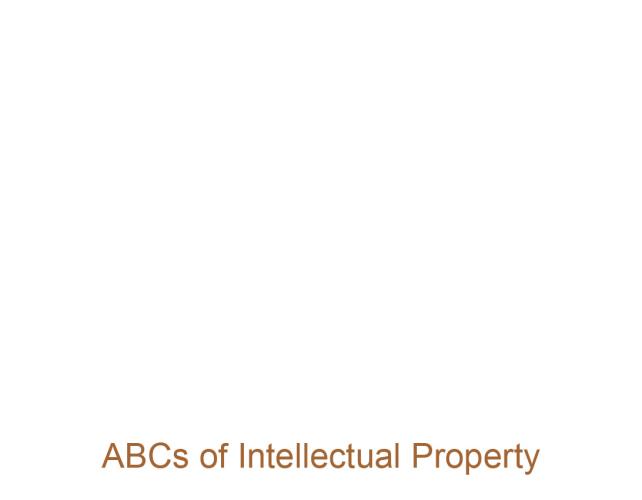 JOC Square: The Dispute Over Batata

In the old town of Taipa which is filled with souvenir shops and restaurants, it’s not difficult to spot a shop that does not match with the Portuguese-styled buildings around it. With a black and white toning and simplistic in style, the shop is called JOC Square but you may not be able to tell from the outside what it is selling. “In fact we do not have many products to sell. What we sell is a spirit,” said Joaquim Cheong, Creative Advisor of JOC Square. However, in reality, it’s easier said than done.

JOC Square mainly sells products designed by itself, especially the “Batata” series which consists of items like postcards, crackers and T-shirts. The logo is a pair of potatoes kissing each other. Unlike most of the creative brands in Macao, JOC Square had already registered the trademark of Batata in Macao before the shop was opened in the end of December last year. Because the company has planned to set foot in the market in the Mainland, it has also submitted applications to the authorities in the Mainland to register the trademark, in order to avoid any misappropriation of the logo.

“In August last year, before our trademark application in Macao was approved, we already commissioned a lawyer to register Batata’s trademark in the category of food and T-shirt in the Mainland. We thought that this practice is secured enough. We aren’t a big brand. We thought that registering in two categories is enough.” However, they have never thought that an intellectual property battle was about to begin.

Four months after JOC Square submitted the application to the authorities in the Mainland, a music company in Beijing also submitted similar applications to register in the categories of food, garment, paper and jewelry, etc. “They also use the Portuguese name Batata, but the Chinese name is Bantata. The trademark is very similar to ours, with similar shape, but limbs are added to the body to make it look like dancing. Our lawyer in the Mainland found the incident very strange and thought that it’s very likely that they are going to hijack the trademark. Think about it. Why does a music company want to use the name of ‘Batata’ to produce crackers and clothes?” In the Mainland, the principle of trademark registration is on a “first-come-first-served” basis. Any party who submits the application first has the rights to use the trademark if it is approved, no matter he or she actually uses it or not. Who first uses the trademark or creates it is not a consideration. The system, hence, is appropriated by a group of trademark squatters to file applications to register trademarks that are not yet registered in the Mainland.

It usually takes a year to approve an application in the Mainland. Cheong expressed that they are still waiting for the results. He anticipated that Batata can be successfully registered in the categories of food and T-shirt. Similarly, the Beijing-based company can also be registered in other cateogories like paper and jewelry. “In this case, ‘Batata’ cannot be printed in our cracker’s packaging. We feel so helpless.” He also mentioned that if a product is manufactured or processed in the Mainland, there are risks of being sued for rights infringement. “In fact we have been very careful to deal with this matter but no matter how carefully we planned we cannot avoid all risk. We reckon that when our trademark was registered in Macao and publicised on the internet, the other party searched information about our company and found that we have potential to grow. We are of course unhappy and feel helpless about the situation. But on the other hand, if someone copies your work, it somehow is a proof that you have the ability,” he said with a mirthless smile.

Cheong is an award-winning veteran designer in Macao. The inception of “Batata” can trace its roots back to Cheong’s school days in Portugal in the 1990s. He often heard that young people there would describe a simple person as “Batata” (literally potato in Chinese). He found this amusing and he himself likes potatoes very much, and hence he created such logo. In 2000, he made T-shirts with Batata logo and sold them in Macao. However, all the efforts he made over the last 20 years may be wasted now.

He said that the Beijing-based company has not yet contacted JOC Square regarding this matter. His stand on this is he will not pay them to get back the rights to use the trademark. “Even if they suggest, say, a fee of 30,000 dollars, to buy back the rights, I will not accept such deal. I prefer changing the name of my brand. If I accept the offer, this will only condone them to continue to do so.” JOC Square is prepared for a litigation, and in the worst case, “Batata” has to be renamed.

To play safe, JOC Square extended the registration of “Batata” from two categories to ten in Macao after the incident in the Mainland. “We contracted a lawyer to file our trademark applications. A fee of MOP$5,000 (MOP$1,000 if you do it yourself) is required in each category in Macao while 1,000 to 2,000 yuan is needed in the Mainland. If you do it like what the big brands do, like registering the trademark and the graphics separately, at least hundred thousands of dollars are required. This is too much for any creative startup. It’s impossible to allocate so much money to do the registration even before you have completed your products.”

At present, under the framework of the Mainland and Macao Closer Economic Partnership Arrangement, Macao and the Mainland will communicate mutually on the issue of trademark. Authorities in both places will regularly hold seminars and meetings to allow enterprises to enhance knowledge of trademark registration in respective places. Cheong suggested that this framework should give more convenience to creative enterprises in Macao. For instances, if a trademark is registered in Macao, only simplified filing procedure is required in the Mainland for a trademark to get registered. By doing so the risks of trademark squatting can be minimised.

However, he believes that the most pressing issue is the creative industries in Macao have no in-depth knowledge of intellectual property rights and give no protection to trademarks. The government should take more initiatives to educate the industries, and to provide both technical and financial support. “Trademark protection is very important. If a trademark is squatted, your effort is completely wasted no matter how good your brand is.”

Macao on catwalk: the local fashion scene and future outlook