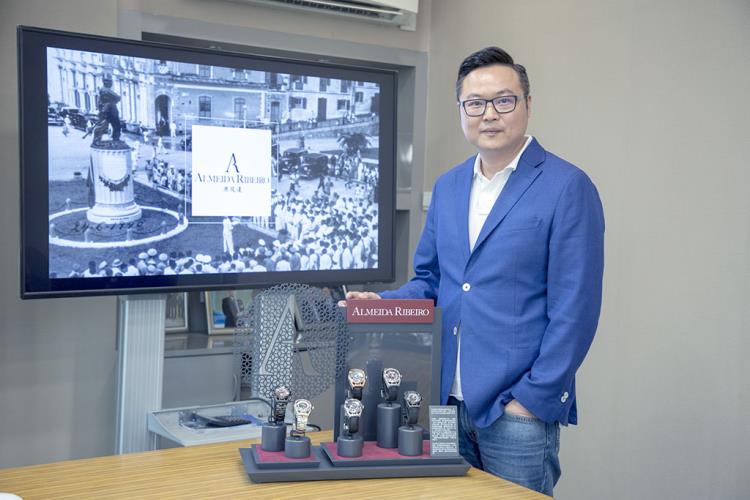 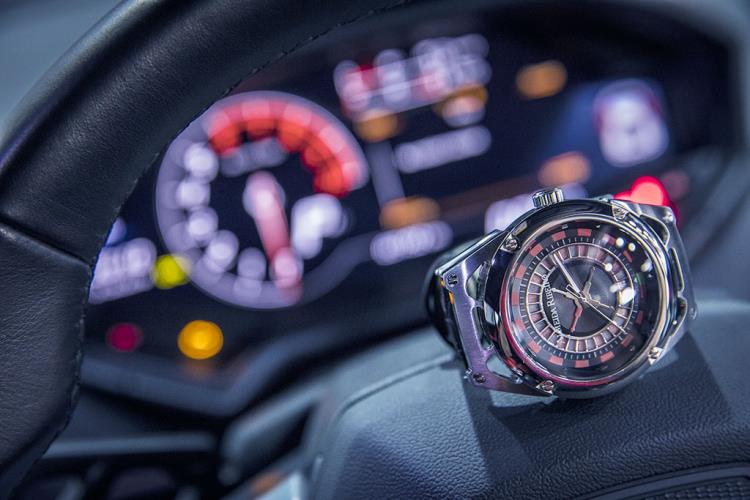 It is not difficult to find luxurious watch brands in Macao. But when it comes to finding a watch brand that features local elements, it becomes a hard task. Andy Szeto has been paying attention to the development of local cultural and creative industry and has set up various platforms and brand incubator centres. As a promoter of the local cultural and creative industry, he spotted the gap in the market and established his own watch brand ALMEIDA RIBEIRO in 2016. From his perspective, Macao is an international tourist destination with rich cultural heritage. It is where luck is tested and passion is celebrated. He believes that fashion watch is the only product that can perfectly showcase what Macao is like.

Collaboration between Hong Kong and Macao

ALMEIDA RIBEIRO is the Portuguese name of Macao’s busiest street San Ma Lo. The brand name bears Andy’s vision of building a watch brand that showcases Macao. To achieve that, Andy insists on hiring local designers, believing that only locals can really bring out the elements of Macao. “I selected local design talents from our Macao Brand Incubator Centre and invited professional watch makers from Hong Kong to help build ALMEIDA RIBEIRO’s team,” Andy said. “We work together to forge a watch brand of Macao.”

A quality watch brand that is affordable

It took ALMEIDA RIBEIRO over two years to finally launch a product starting from scratch. Before we even had an initial version of the product, the design had been redesigned and refined for several times. In August this year, ALMEIDA RIBEIRO officially entered the market. “In the first phase, we will roll out three series with unique local elements. The Lucky Wheel and Poker King were inspired by Macao’s casinos. Grand Prix series’ watches integrate the elements of race cars and tracks, which can be seen from the watch faces. They can constantly showcase the excitement and speed sparked at a racetrack,” Andy explained.

All the components and modules of ALMEIDA RIBEIRO are purchased from overseas. “Our products’ watch movements and components are purchased from Switzerland and Japan. There is a lack of watch factories here in Macao. That’s why we cooperate with factories in Hong Kong to manufacture and assemble the watches,” Andy explained. He is hoping that locals and tourists in Macao would be able to buy a quality watch with distinct Macao features at an affordable price. “The price of the watches in the first phase starts at MOP2,000. The price will vary depending on the watch movement and components. The Poker King series will come with a mechanical movement and therefore it’s more expensive. It’s priced around MOP4,900. But still, such pricing is already a lot lower than that of many quality watches in the market,” Andy said.

A sales and promotion model with diverse channels

When talking about the brand’s promotion strategy, Andy stated that they have started a massive promotion in Macao since mid-August. “Besides launching ten billboard advertisements that cover the busy areas in the city, we also push for online promotion. In addition to that, we will sponsor different cultural activities and film productions. We promote our brand through diverse channels,” Andy further explained.

As for sales channels, ALMEIDA RIBEIRO cooperates with watch shops in different tourist areas and consign the watches to them. The brand also works with popular e-commerce platforms such as WeChat Mall, Tmall.hk and Xiaohongshu, etc. in mainland China to penetrate the online market. Andy is planning to set up brick-and-mortar stores at busy tourist areas like San Ma Lo, the border area, and the Cotai Strip when they have sufficient product supply and more watch series.

Entering the mainland China and expanding to the global market

Andy’s plan is to set up a firm foothold in Macao first. After the brand has established its presence in the local market, it will start to penetrate the market in mainland China, Hong Kong, and Southeast Asia through online channel, Andy said. “In mainland China, we will find local agents in different regions that can help us enter the market,” Andy said. “As for product development, we are planning to roll out series like San Ma Lo series and Macao World Heritage series. Currently, we are developing eight more series concepts with Macao features, which will be launched into the market soon.”