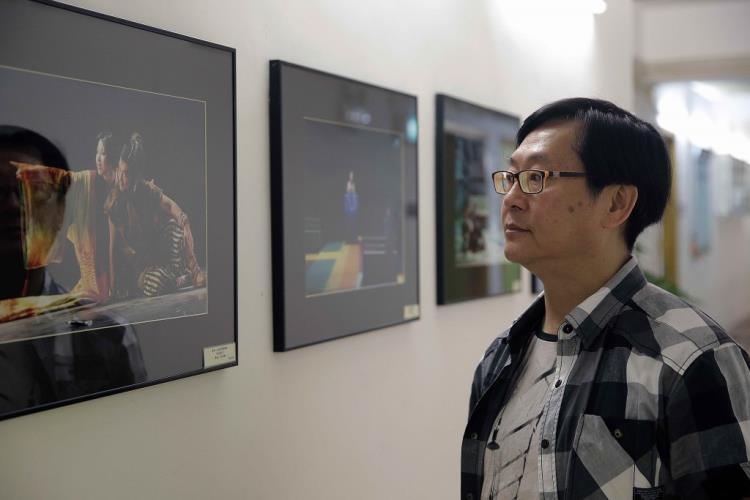 Lawrence Lei I Leong, co-founder of Hiu Kok Drama Association, says: “There is still a lot of room for the taste of Macao audiences to develop. The issue is, no one is doing any market research. The plays today are not catering to what audiences want, so audiences don’t pay any attention in response.”  Photo courtesy of Around Chao 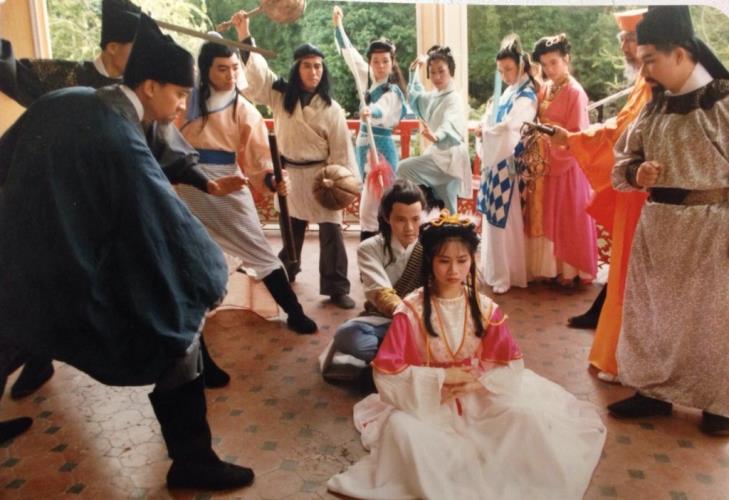 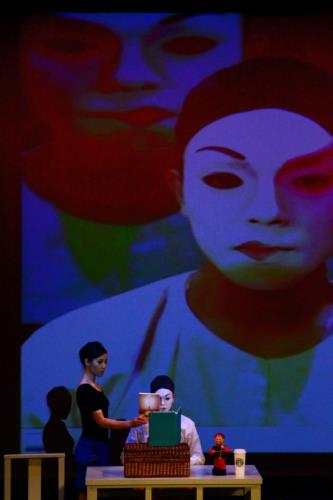 Lawrence Lei I Leong, co-founder of Hiu Kok Drama Association, says: “There is still a lot of room for the taste of Macao audiences to develop. The issue is, no one is doing any market research. The plays today are not catering to what audiences want, so audiences don’t pay any attention in response.”  Photo courtesy of Around Chao

Lawrence Lei I Leong is a true legend of Macao’s theatre scene. He is one of the founders of the four decade-old Hiu Kok Drama Association. He has written dozens of plays and novels, and is now the director of the Macao Conservatory.

P: Which is the most memorable out of all your creations?

L: Angry People. It was made in the early 1980s, and was about the wave of illegal immigrants from China at the time. The play was shown at Lou Lim Ieoc Garden. The Portuguese academics and officials in the audience were deeply moved and clapped enthusiastically. Afterwards, a lot of groups felt that we should not have put the play on in public because it exposed the true horrors of life for Chinese illegal immigrants. We compromised in the end, and I ended up using a milder script. But I think that the play reflects reality and clashes between people. There was nothing political about it.

P: When Hiu Kok was first established, was it rare for people to write plays reflecting Macao society?

L: Not just that type of production, the whole theatre world in Macao was quiet. There was no active drama group at the time. We called ourselves Hiu Kok to wake up the moribund theatre world in Macao. Since its establishment, we have held dear to two principles. First, we only sell tickets and never give them away, this is a form of respect to artists. Second, we insist on original productions that focus on local issues. At the time of Hiu Kok’s establishment, Macao was a very closed place. It was difficult to get information. There were many contentious issues in Macao at the time, for example there was the emigration wave, a mass registration of illegal immigrants, Vietnamese boat people and so on. The themes of our productions naturally revolved around those issues.

L: When I was small, I liked talking to myself when I was on the way to school, playing different roles. I also liked listening to radio series. In primary two, I used the breakfast money that my siblings and I had saved up to buy one seat for three people in the cinema. After I saw the film, I was thinking in my mind about the film structure and how I would remake it. One time, my younger brother fainted as he had a habit of not eating breakfast, so I didn’t take his money anymore. I didn’t have enough money, so I turned to reading in second-hand bookstores. I read Lu Xun, Lao She and others mostly. I began to get into fiction writing, and submitted stories to Macao Daily but they didn’t publish my submissions. When I finished secondary school, I turned to writing plays. It was then that I found the space to express myself.

P: Did you always know you wanted to produce plays for Macao?

L: My creations are basically about Macao. One of my plays that deals with the issue of the handover is based on Demi-Gods and Semi-Devils, because I felt that one of the characters, Qiao Feng, was a good parallel to the question of Macao people’s identity. Sand Dune Journey is also based on a novel and explores the feeling of home. Both of these plays are inspired by books which I have adapted for Macao. I write plays about Macao basically because I am a Macao person.

P: How do you see the development of Macao’s theatre scene?

L: It’s flourishing. A lot of young people have received training elsewhere. The academic and creative environment has improved and information is easy to come by. The general atmosphere and cultural policy is also beneficial. On the other hand, people who work in theatre, especially freelancers, have to work very hard and constantly produce shows to maintain their income. In the past, we had day jobs and worked in theatre as amateurs, so we could take months to think about a production. This isn’t possible anymore in today’s arts scene. As a result, there are fewer original Macao productions. Producers today don’t read books because they don’t have the time, or if they do, they would rather watch films which are more easily digested and understood. People will choose plays that were successful overseas to put on in Macao, rather than putting the effort into original creations that have some association with Macao. This is a big worry.

P: Do you think Macao’s theatre scene will become industrialised?

L: It’s possible, the question is how to create those conditions. Creative productions need to sell well and take into account audience’s tastes. There is still a lot of room for the taste of Macao audiences to develop. The issue is, no one is doing any market research. The plays today are not catering to what audiences want, so audiences don’t pay any attention in response. If one day our audience is middle-class, then the market is mature. Their spending power is strong and they have influence. If plays can influence them, they can influence society, and create interactions that way. What do the middle-classes need? They demand entertainment and topics that resonate with them. The plays right now do not resonate with audiences.

P: What do you think is missing from Macao’s theatre scene now?

L: It needs to open up the commercial market, for example by establishing a proper venue. The talent pool also isn’t comprehensive enough, we have technical workers but not enough creative people or actors. It’s difficult for local students to apply to theatre schools abroad as they can be constrained by language, height and other things. Also, a city needs to create its original productions, otherwise why should anyone pay attention to you? A Macao production needs to have local characteristics and feelings.