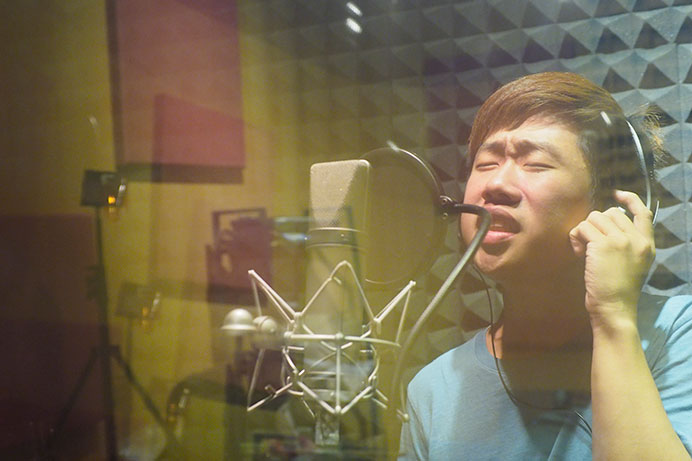 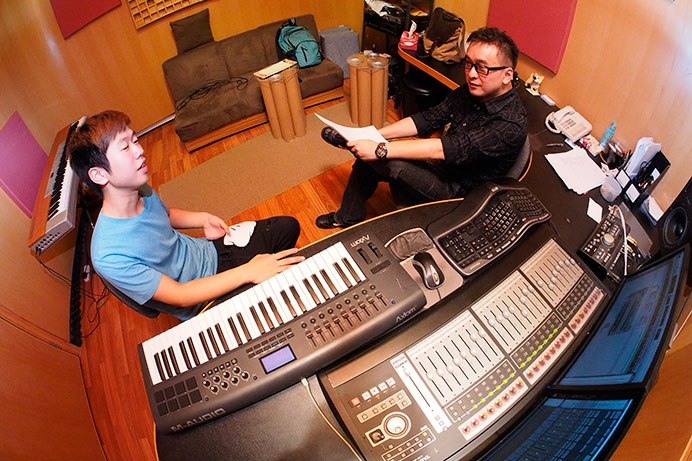 “Lack of character is a fatal flaw in the music industry,” said Tomy Ho.  Photo courtesy of Around Chao 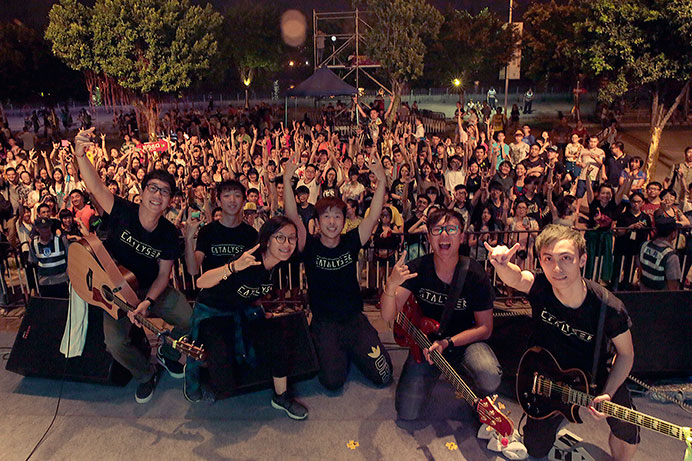 “Lack of character is a fatal flaw in the music industry,” said Tomy Ho.  Photo courtesy of Around Chao

Catalyser: a new generation of music talent in Macao

With an average age of only 20, the five members of Macao’s band Catalyser assembled in the year of 2012, and have quickly established themselves over the past two years. The band’s vocal, Tomy Ho, has shared his aspirations on independent music in our Chit Chat column.

L: How did Catalyser come together?

H: We did a concert when we graduated from form six. Since then, we decided to form a band with the name of Catalyser.

L: When did you start making music?

H: I started composing songs and writing lyrics when I was in form four. My song Attitude was picked as the theme song of our graduation concert. Most bands play others’ songs when they start out, but we have hoped to use our own songs since our inception—Childhood Fairy is one of them.

L: There are a number of bands in Macao, but not many make socially conscious songs. Nonetheless, your band has publicly spoken about the Anti-Domestic Violence Law and Animal Protection Bill.

H: We care for social issues because we have often voiced out against injustice at school. For instance, when our classmates who were in the choir got unreasonably good grades in music, we stormed right into the Principal’s office. Moreover, the whole class boycotted the graduation trip because it was too expensive.

L: I suppose you were a headache for your school?

H: Yes. These experiences have taught us to stand up against injustices.

L: Were there any bands that addressed social issues before yours?

H: The band Blademark had a lot of topical songs, but heavy metal music is not everyone’s cup of tea. However, the audiences are beginning to embrace different genres now.

L: Which bands inspire you?

H: I really like Supper Moment from Hong Kong, and also Beyond—I started learning to play the guitar after watching their shows.

L: What do you expect pop music to do in the society?

H: To resonate. We hope to discuss issues, not to give conclusions.

L: How would you comment your songs for the past two years?

H: The band and I have both come a long way in the past two years. We raised the production quality and our minds have matured. Life in a Mould in 2014 is an important song, which got more people to know us.

L: What do you think of the music market in Macao?

H: Macao has only 500,000 audiences—it is indeed necessary to develop in other markets. Hong Kong and Chinese audiences are relatively more accepting. The crowd barely knew us when we were performing in Guangzhou Music Festival, but they were willing to listen to us for half an hour. Macao audiences are improving—they are more open to new forms of music now, so the local market has potential.

H: Our songs are mainly in Cantonese, which I have a sense of belonging to. People think it is a must to sing in Mandarin when performing in China, but we always sing in Cantonese, and the feedback is quite positive. I wonder if people have assumed Cantonese songs are not accepted in China, or they haven’t really tried. The most fascinating part about the creative industry is that you get to explore all sorts of possibilities.

L: What is lacking most in Macao’s music industry?

H: Character. Lack of character is a fatal flaw in this industry. If all of us just give in originality to cater to the market, all our products would be the same, like what have been described in Life in a Mould.

L: What’s your opinion about the “creative industries”, which has become the latest government buzzword?

H: First of all, what the government can provide to the industries is subsidy. Everyone needs certain amount of budget to get things done but we should also ask ourselves what we have done for the industries. Is there anything we can do better? With the subsidies provided by the government, artists have become very productive. This is certainly a good thing. But I believe that even if we don’t rely on government grants entirely, we can still find our own means to survive.