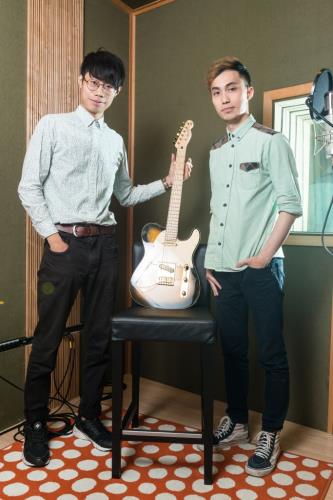 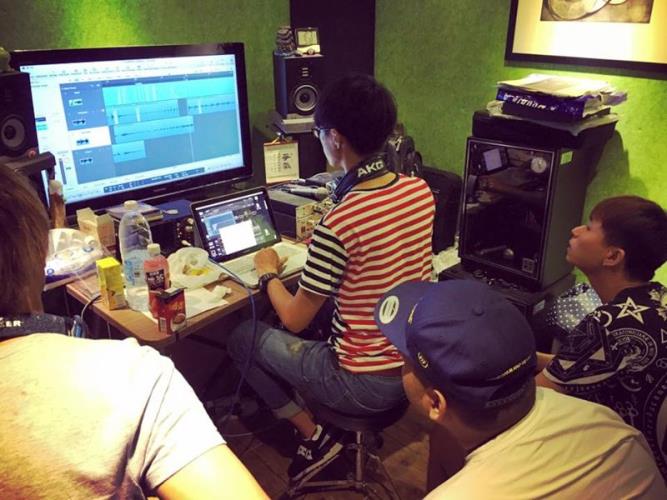 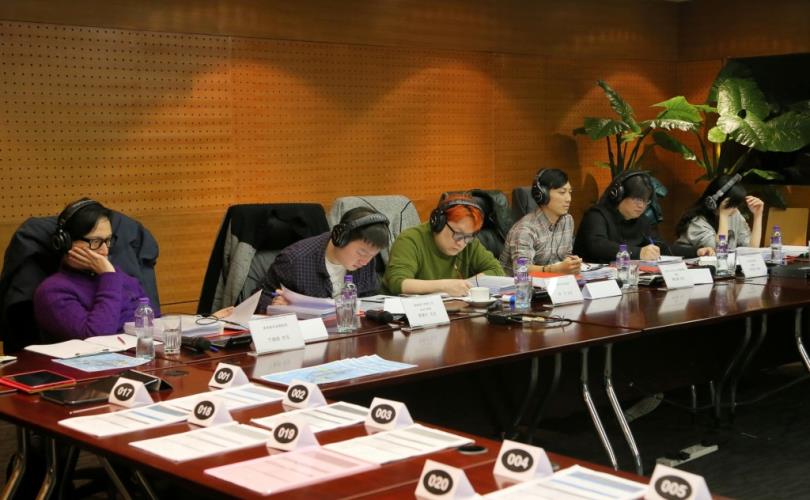 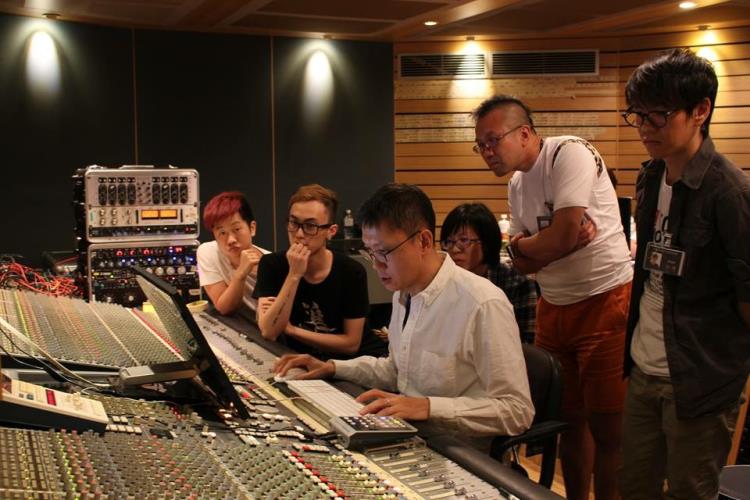 Some people said that creating a song is like the art of cooking: while songs and lyrics are the key ingredients, processes such as music arrangement, instrumental accompaniment, sound mixing and editing are like the chef’s cooking procedures, transforming the ingredients into an excellent dish. In other words, the skill of a chef is key to ensure the quality of the dish. In 2014, the Cultural Affairs Bureau introduced the Subsidy Programme for the Production of Original Song Albums, which attracted a number of distinguished local musicians and producers. Successful applicants are subsidised to produce their works, launch their own albums as well as launch promotional works, and in this way advance their professional careers.

Leong Chi Long and Chang Heng Ian are two of the beneficiaries. Passing the selection and review of documents, they have successfully completed and launched their albums.

Having played in a band when he was a student, Leong understood the difficulty to secure sufficient funding for music production. From 2010 onwards he researched on the idea of home studio, a new trend from the West, as an alternative way to produce his music. From investing in his own equipment to working on composition and post-production, Leong’s experience is not uncommon among local, independent musicians. Faced with the lack of funding and being unfamiliar with the publishing processes, and without the support of a mature local music market, the musicians often have to find their own way to launch their own albums.

The rapid rise of digital technology has removed some of these barriers. It is no longer essential to promote one’s music via a record label. With the availability of various recording applications, self-recorded music is getting more and more popular. Leong is pleased to see the rise of new original music by local songwriters. In his view, however, many of these local music productions are rather substandard, with plenty of room for improvement.

“While there are sound mixing venues for hire in Macao, these venues do not have professional equipment, and so this has adversely affected the post-production.” Having worked in sound mixing for six years, Chang agreed with this observation. He felt that some people have a misconception about music arrangement and sound mixing, assuming these are straightforward procedures, and as such musicians are unwilling to invest in the post-production, with the major share of the gains falling into the hands of music agents. “At a cost of some MOP$1,500-2,000 just to hire the drummer, a good music accompaniment can often set the musicians back. When the budget falls short of expectations, one will have to take a more DIY approach and work on different aspects of production from music arrangement, borrowing an instrument, to accompaniment and even administrative duties such as applying for copyright.”

To improve the quality of production, Leong would invest in softwares every now and then. Together with Chang, they went to Taiwan to attend training at a famous studio, learning more about studio production. Even leading singers such as A-mei and the band Mayday have recorded their own albums there.

Having successfully obtained government funding for their albums, Chang and Leong agreed that such a programme is a blessing to the professional sector, and that the programme’s requirement is quite serious, as the applicant would have to submit their album songs, marketing plans, album production proposals and producer experience for evaluation. Chang considered that the upper limit of MOP$200,000 is not too tight, as they can adapt their projects to suit the budget.

“If you think about it this way: Eason Chan would pay as much as RMB300,000  to hire someone from the Mainland to write a song. There are some bands in the West that spend HK$700,000 just for an accompaniment or to buy a professional equipment to edit a song.”

They also suggested that the government consider extending sponsorship to include overseas training and exchange, to encourage more collaboration with overseas groups, or to help local music capture more international marketing channels by funding regional cooperation.

Chan Peng Fai, Vice President of the Cultural Affairs Bureau, has played an active part in overseeing the Subsidy Programme for the Production of Original Song Albums, which aims to cultivate talented songwriters and producers, and to help them reach out to music enterprises for further professional development. The programme also targets to improve the standards of music through competition. Chan pointed out that, for homegrown original music, the first major step is to showcase it, while the subsequent challenge would be to help the musicians gain some recognition.

“In the past, the local music industry suffered from a lack of talent, and as a result there are less music enterprises willing to invest in the scene. In recent years, some music companies have begun to train their artists and showcase them to overseas markets. As the music enterprises in Macao mature, we will continue to explore how to make use of this programme to increase the attractiveness of homegrown music, within a framework of professional assessment and coaching.”

With music albums subsidised in the inaugural year being made, and new beneficiaries for the second year of the programme selected, Chan remarked on the positive evaluation of the judges: “Some of the Hong Kong musicians who have judged for this programme in the past two years are impressed with the standards of work submitted by these first-time producers.” Currently, they are launching Subsidy Programme Series for Macao’s Cultural and Creative Industries to cover music album production, fashion sample-making and films. Chan revealed that they are planning to launch a new subsidy programme in the future to support a different aspect of music-making to further promote the local music sector.