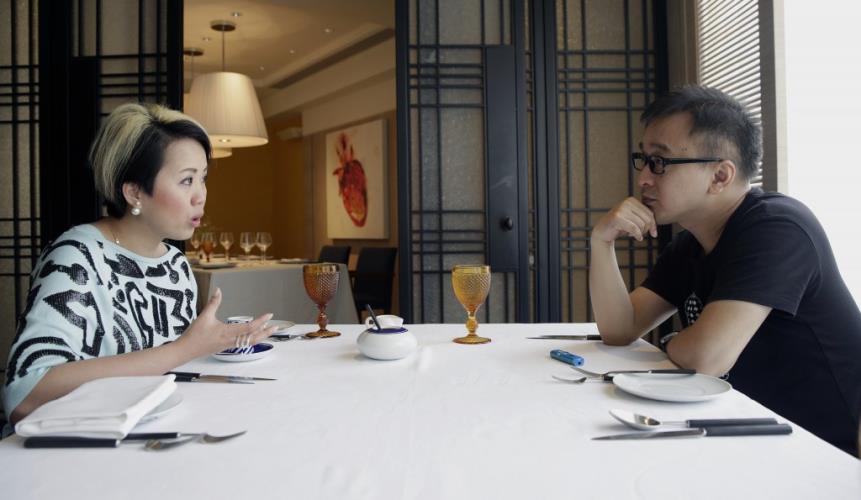 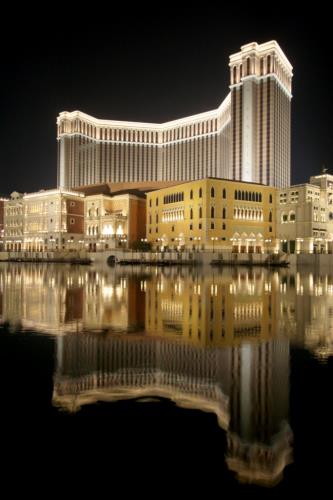 P: When you studied in the University of Macau, were you already interested in advertising? How did you get into the industry?

L: I graduated from the Department of Marketing. I worked as a television reporter for the first job after graduation and learned many things. These experiences are very helpful to my later engagement in the advertising industry. For example, I learned how to be objective and grasp the focus of things. When applied in advertisements, you will understand what stories a brand wants to convey. The job as a reporter is hard, for it requires you to precisely control a compact amount of time, and get used to long working hours. The advertising industry is the same—customer services and brainstorming strategies both take a lot of time. The training as a reporter has got rid of the concept of nine-to-five working hours in me. After working as a reporter for almost a year, I felt that was not my trained specialty, so I switched to the advertising industry.

P: You joined the advertising industry in 2000. What do you think about the changes in the industry for the past decade?

L: I think advertisers’ scope of vision and dimension of engagement have increased. When foreign investors enter an advertising company in Macao, they gradually demand more and want it delivered at a higher speed. Unlike the local advertising industry, which doesn’t know how to make a budget, foreign investors have big budgets and can systematically analyse how much capital is needed to achieve results in a certain business. Nowadays, when local advertisers work in a foreign-invested company, the scale is bigger than what they have engaged in, and they gain the opportunity to cooperate and shoot with Hong Kong people or pop stars. These opportunities were rare in the past, and there were not a huge sum of capital. Currently the local advertising industry is not in the leading role; it is still in the phase of absorption.

P: Large-scale gaming enterprises are starting to attach importance to advertising and marketing. What level of role can Macao people play in it?

L: Middle-level. According to my knowledge, some simpler projects are handled by local advertisers; those which require deeper actions like thinking and creation are handled by non-locals. I think Macao lacks such kinds of people as a Chief Marketing Officer to integrate marketing and all other bits and pieces in different departments, one who knows how to visualise images from the beginning with twists and turns, how to make a set of strategy, and how to execute these kinds of works. Local advertisers that I know only stay in one corner to put menus together, typeset and print posters.

P: So how many years do you think the Macao advertising industry needs in order to take up a leading role in organising and planning?

L: My take is that it needs to start from education. Let’s say the four-year university education can train up people with fundamental knowledge, and at the same time some middle-level and high-level advertisers venture out into the outside world and come back to lead these graduates from the fifth year onwards. By this mode of implementation, there will be a relatively mature situation in the advertising industry. In addition, many people misunderstand that advertising is only designing. As a matter of fact, brainstorming the idea of an advertisement is more important. In our work flow, design is the last process—it is the final step to produce a product. But now Macao is skipping the first 80% in the work flow—analysing the market, analysing the brand, and analysing human behaviour. Of these I find the study of human behaviour particularly important, but there is no such kind of education in Macao now, so a lot of people do not understand what elements are required in brainstorming for advertisements to reach the level of creating, such as consumer behaviour, service mode, and alike.

L: Seeing that Macao is promoting the cultural and creative industries, I think on surface it gives confidence. Since it is only the beginning, it seems like a lot of stuff has been created. But the situation will easily hit a bottleneck, and it will happen in the coming year. I feel like “culture” and “creativity” are being put together forcefully without any interaction between the two now. Hard-selling creativity and remaining on “packaging” by organising exhibitions and collecting art pieces will not change anything in Macao’s society and culture. The promotion needs to be coordinated with education and interactions with outsiders, and I believe that some changes can be seen in five or six years’ time.