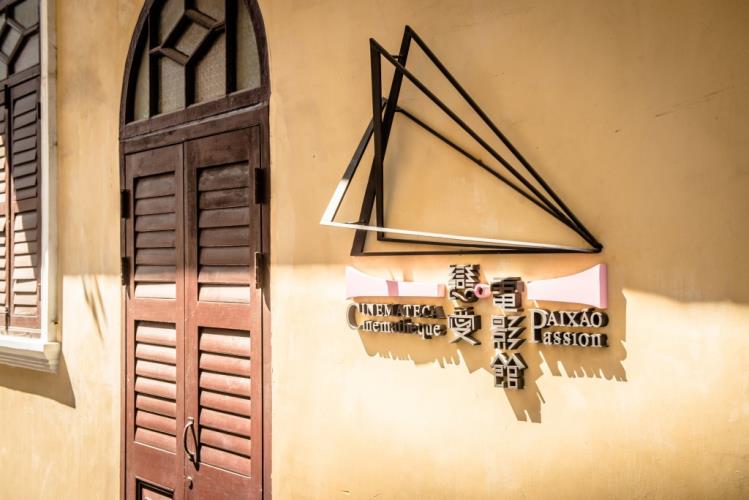 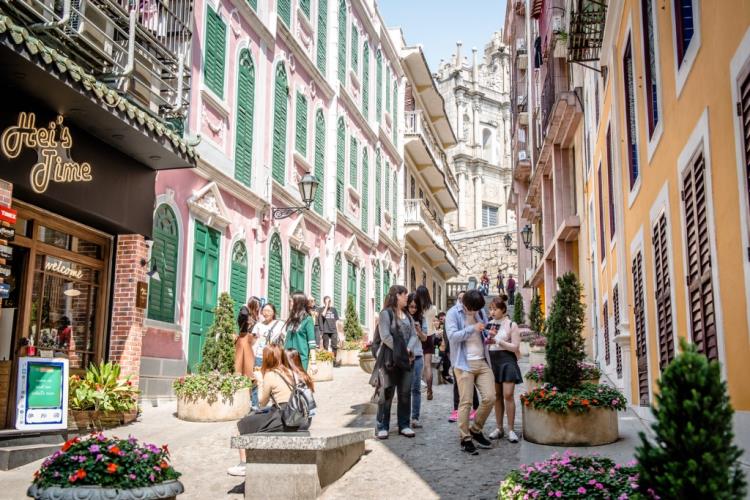 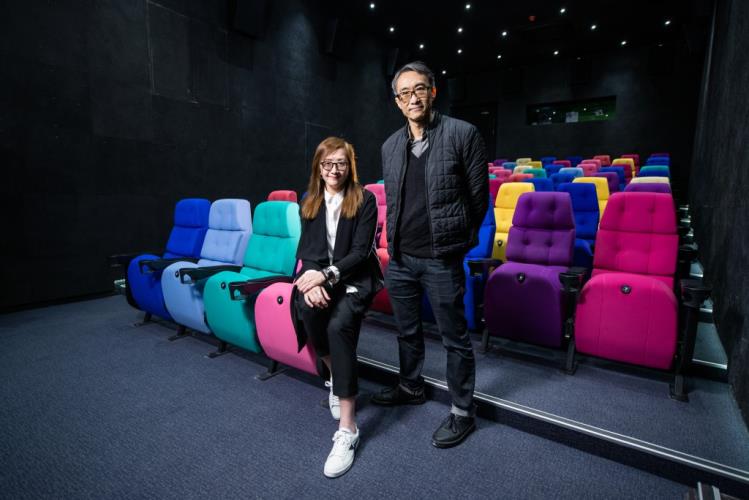 What would you think of when we talk about film? Superhero? Stephen Chow? Or the Oscars? There are different types of audiences and film genres. Among different genres, indie films are actually popular in other parts of the world and attract a lot of audiences. Now in Macao it’s possible to see these films. Opened in late March, Cinematheque ‧ Passion features non-mainstream movies. It’s a venue that allows audiences in Macao to catch a glimpse of what films are screening around the world.

Located at Travessa da Paixão, right beside the Ruins of St. Paul’s, Cinematheque ‧ Passion is housed in a Portuguese-style colonial building, which somehow matches the exoticness of the movies to be screened there. After some time of selection, CUT Ltd (CUT) has finally won the public tender to run the venue and took over the place in January. The cinematheque was officially opened in late March. We invite Albert Chu Iao Ian and Wong Yeuk Ying Rita, Art Director and Chief Operating Officer of CUT respectively, talk about their vision and mission regarding the operation of the cinematheque. They, together with CUT, were highly acclaimed for making the opening ceremony of the venue remarkable.

“In the opening ceremony, we screened a micro movie made by Macao directors Chao Koi Wang, Choi Ian Sin Tracy and António Caetano Faria. The movie is about the relationship between Macao movies and this cinematheque, as well as their passion towards the place. I hope that everyone enjoyed the show, and I also hope that more people will treasure local films.” As what Wong expected, guests and audiences had positive feedback on the micro movie. When the opening ceremony came to the end audiences started discussing the art of filmmaking. It was a wonderful evening of sharing among filmmakers and audiences. “We operate the cinematheque because we want to have a platform to exchange ideas and bridge like-minded people. We believe that this is key to building a community with film culture,” said Chu.

Perhaps it’s easy to organise one or two screenings, but it takes effort to gradually build up a film culture. “We have done roadshow theatrical releases a number of times. The responses are positive, and we garnered many audiences. But the problem is there are no follow-ups. Now we have a fixed venue. We can now hold thematic activities each month or each season. This is essential to nurture local cinema-goers. Good movies cannot survive without good audiences,” said Chu.

Wong mentioned that the cinematheque is going to launch a series of cinematic training programmes like commentary writing workshops and seminars on production. Prominent filmmakers will be invited to speak in film talks. The more such activities people attend, the more likely they can become film buffs. Some may be interested in going further to dabble in filming. It is through continuing education that Macao can nurture enough talents to support the film industry.

Films are of course at the core of the cinematheque. Wong said that there are plans to introduce indie films from Europe, Americas and Southeast Asia to Macao. Those are films with brand new ideas, or those are of excellent quality but cannot be screened in commercial theatres. The aim is to expand people’s knowledge of the cinema beyond blockbusters and Oscar winners and let them know there are many more films around the world that tell different stories. Chu also pointed out that there are plans to present a series of thematic screenings. For example, if the theme is about feminism, female-themed movies from around the world will be selected and screened. Curators with different backgrounds will also be invited to select films and share their unique insight about cinema with Macao audiences.

“Last but not least, we hope that the cinematheque can serve as an incubator of Macao’s film culture and support the growth of the local film industry,” said Chu. On top of operating the cinematheque, CUT has been promoting the development of the local TV and film industries for years. Established in 1999 and originally named Association Audio-Visual CUT, CUT has been operating on a not-for-profit basis in the sphere of introducing films and promoting discussion of the art form. A number of home-grown filmmakers were groomed by CUT. The trilogy of Macau Stories, filmed as early as in 2008, was one of the productions initiated by CUT. Ninety percent of the film crew members are local film talents. This series has made commercial screening of local movies possible.

It is believed that Cinematheque ‧ Passion, a new cinematic landmark in Macao, will be able to nurture good local audiences and film talents for the growth of the local TV and film industries.